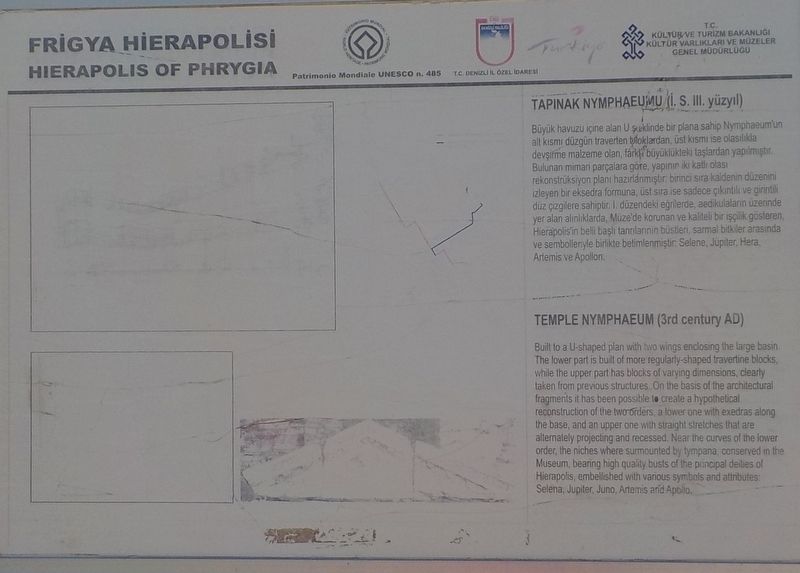 By Dale K. Benington, June 15, 2018
1. Temple Nymphaeum (3rd century AD) Marker
Inscription.
. This historical marker was erected by Republic of Turkey Ministry of Culture and Tourism. It is Near Pamukkale in Merkez (District) Denizli Turkey

Built to a U-shaped plan with two wings enclosing the large basin. The lower part is built of more regularly-shaped travertine blocks, while the upper part has blocks of varying dimensions, clearly taken from previous structures. On the basis of the architectural fragments it has been possible to create a hypothetical reconstruction of the two orders, a lower one with exedras along the base, and an upper one with straight stretches that are alternately projecting and recessed. Near the curves of the lower order, the niches where surmounted by tympana, conserved in the Museum, bearing high quality busts of the principal deities of Hierapolis, embellished with various symbols and attributes Selena, Jupiter, Juno, Artemis, and Apollo. 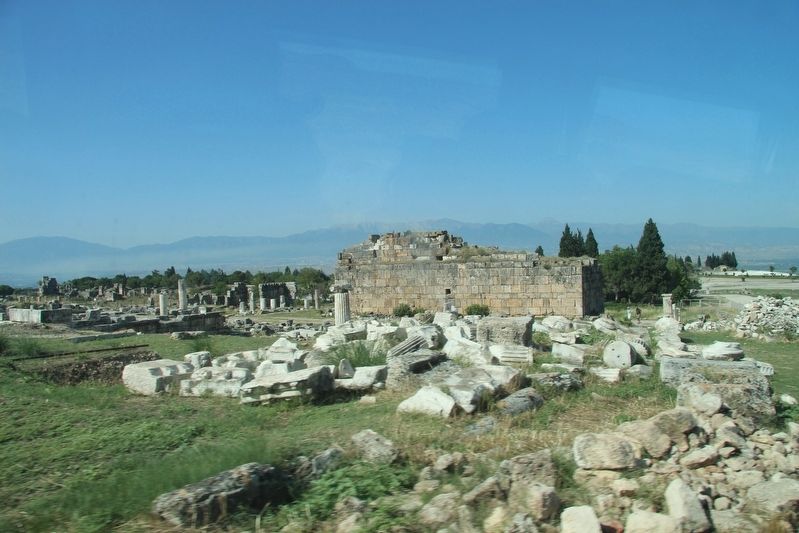