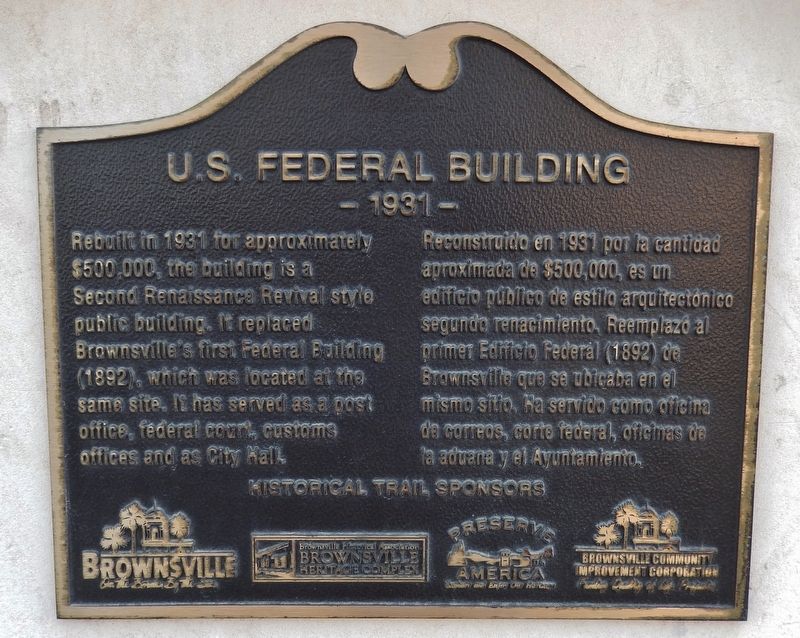 By Cosmos Mariner, May 18, 2018
1. U.S. Federal Building Marker
Inscription.
. This historical marker was erected by Brownsville Historical Association. It is in Brownsville in Cameron County Texas

(English)
Rebuilt in 1931 for approximately $500,000, the building is a Second Renaissance Revival style public building. It replaced Brownsville’s first Federal Building (1892), which was located at the same site. It has served as a post office, federal court, customs offices and as City Hall.