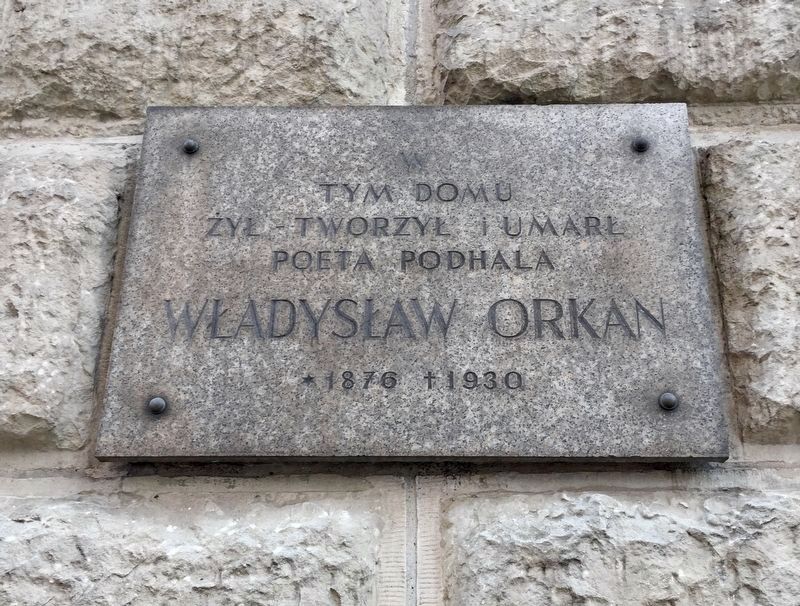 By Andrew Ruppenstein, May 22, 2018
1. Władysław Orkan Marker
Inscription.
(English translation:) In this house lived, created, and died the poet of the Podhale region (the Polish highlands), Władysław Orkan. Born 1876, died 1930. . This historical marker is in Kraków in Kraków Powiat Małopolska Poland 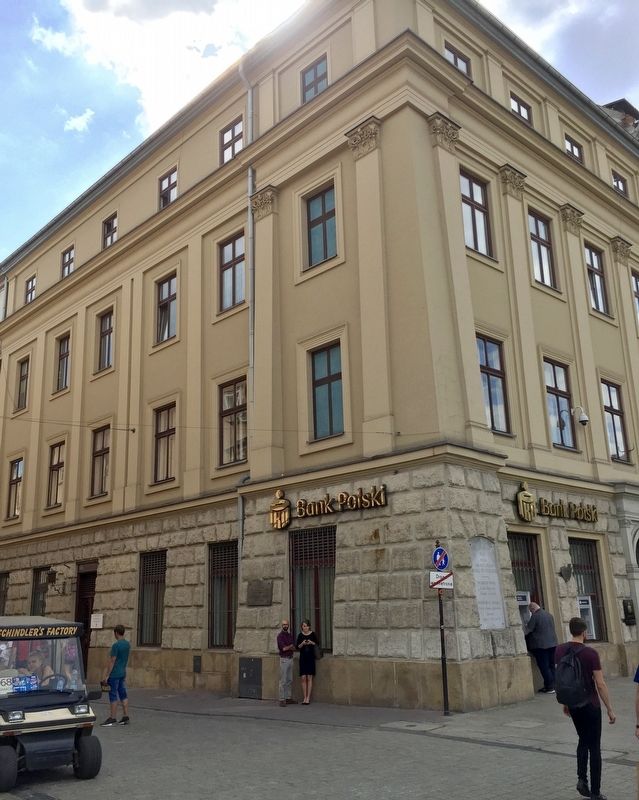 Also see . . .  Władysław Orkan (Wikipedia). "Władysław Orkan (27 November 1875 – 14 May 1930) (actually born as Franciszek Ksawery Smaciarz, changed surname to Smreczyński, but primarily known under his pen name, Orkan) was a Polish writer and poet from the Young Poland period. He is known as one of the greatest Polish writers from Podhale region and Górale folk; the most famous of his works portray the common people from that region." (Submitted on June 18, 2018.)
Credits. This page was last revised on June 18, 2018. It was originally submitted on June 18, 2018, by Andrew Ruppenstein of Sacramento, California. This page has been viewed 63 times since then and 12 times this year. Photos:   1, 2. submitted on June 18, 2018, by Andrew Ruppenstein of Sacramento, California.
Share This Page.