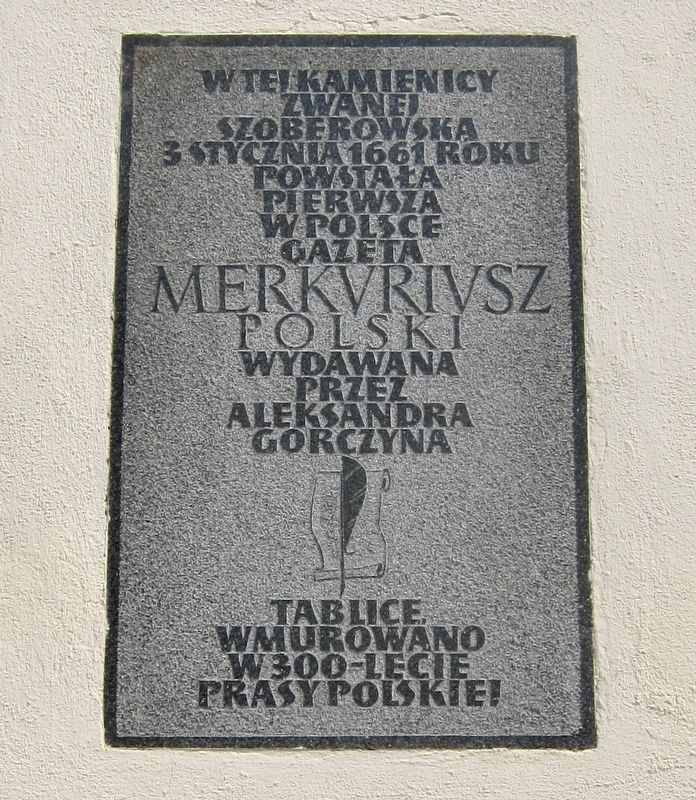 On January 3, 1661, in this building called Szoberowska (i.e., named after the Szober family), the first newspaper in Poland, The Polish Mercury, was published by Alexander Gorczyn.

This tablet was installed on the 300th anniversary of the Polish press. 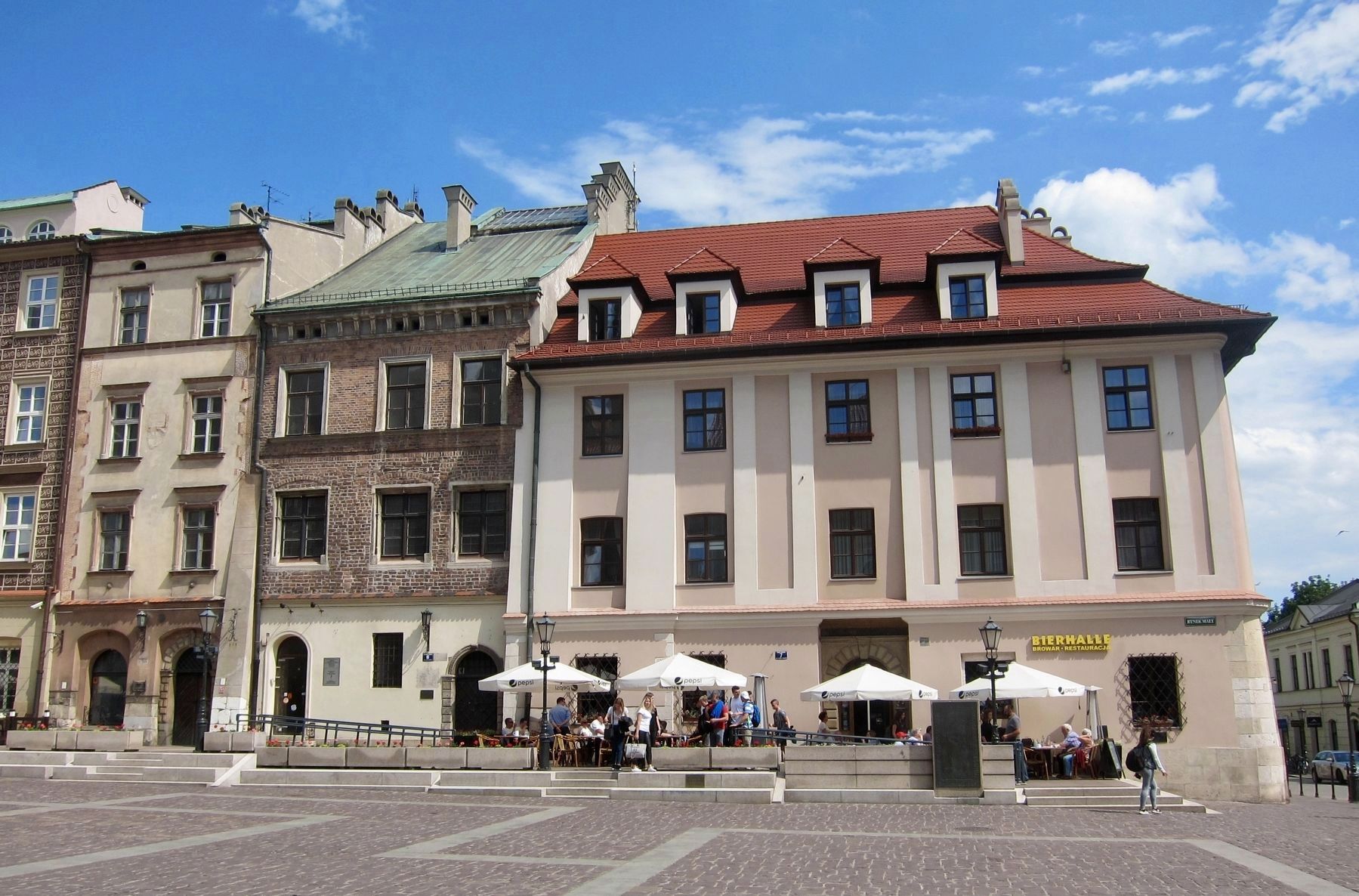 By Andrew Ruppenstein, May 22, 2018
2. Merkuriusz Polski / The Polish Mercury Marker - Wide View
"Merkuriusz Polski Ordynaryjny (The Polish Mercury Ordinary; full title:...The Polish Mercury, Encompassing All the World's Affairs, for the Common Knowledge) was the first Polish newspaper (actually, a weekly), published from 1661, first in Kraków, then in Warsaw....Though short-lived, it gave its name to several later newspapers, notably the Merkuriusz Polski published in London, 1955–58." - Wikipedia
. Andrzej Badurski (within shouting distance of this marker); Kamienica Strzemboszowska / The Strzemboszowska House (within shouting distance of this marker); Prałatówka Kościoła Mariackiego (about 90 meters away, measured in a direct line); Kamienica Pod Trzema Lipami / House Under the Three Linden Trees (about 90 meters away); Stanisław Wyspiański (about 90 meters away); Jan Kanty Lasota (about 120 meters away); January Uprising Recruitment Site (about 150 meters away); Rafał Józef Czerwiakowski (about 210 meters away). Touch for a list and map of all markers in Kraków.