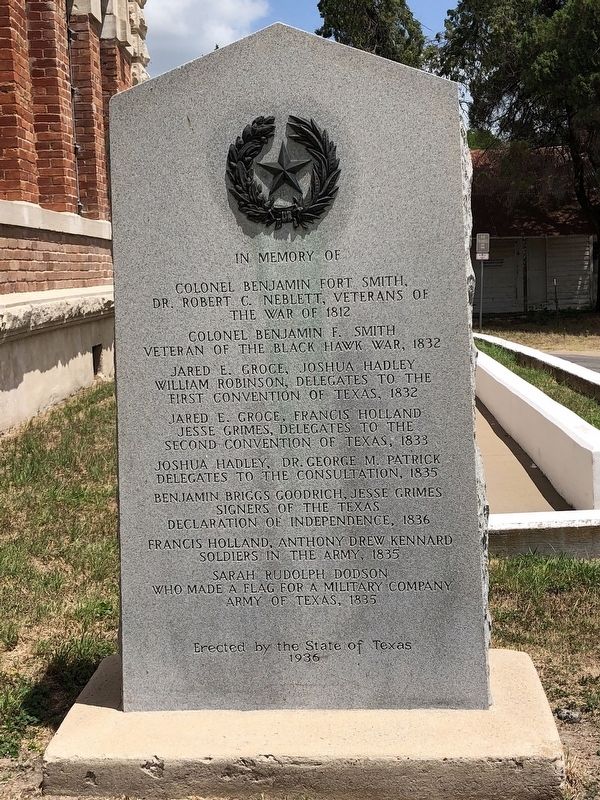 Sarah Rudolph Dodson
Who made a flag for a military company
Army of Texas, 1835

Rear:
In memory of 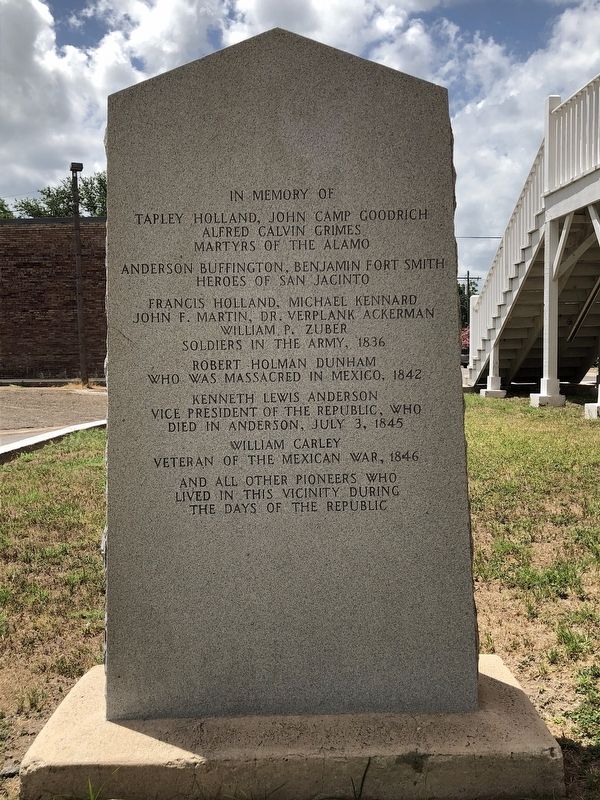 Click or scan to see
this page online
Holman Dunham
Who was massacred in Mexico, 1842

Kenneth Lewis Anderson
Vice President of the Republic, who
Died in Anderson, July 3, 1845

And all other pioneers who
lived in this vicinity during
the days of the Republic.

Topics and series. This historical marker and memorial is listed in this topic list: War, Texas Independence. In addition, it is included in the Texas 1936 Centennial Markers and Monuments series list. 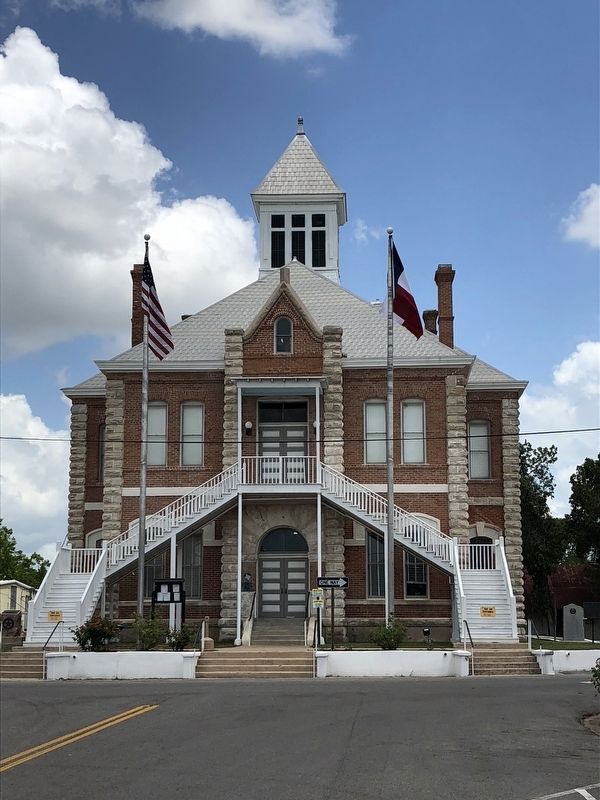 Photographed By Brian Anderson, June 16, 2018
3. Grimes County Courthouse
Marker is visible to the right of the courthouse.
Rocky Creek Bridge (about 700 feet away, measured in a direct line); Steinhagen Log Cabin (about 800 feet away); La Bahia Road (approx. 0.2 miles away); Fanthorp Inn (approx. 0.4 miles away). Touch for a list and map of all markers in Anderson. 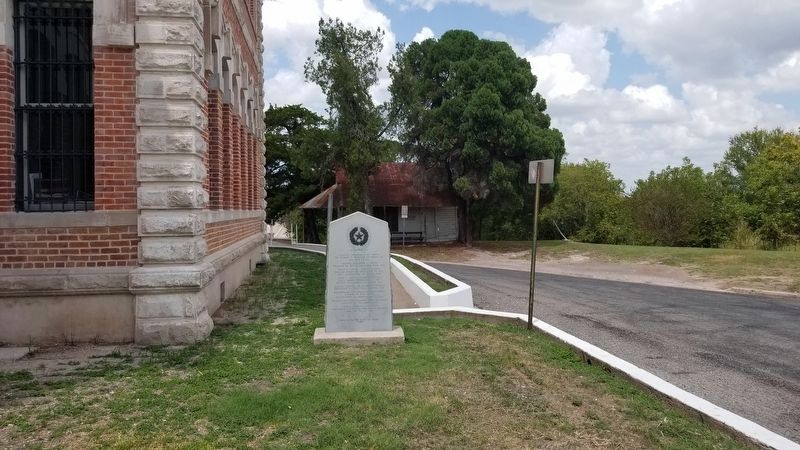