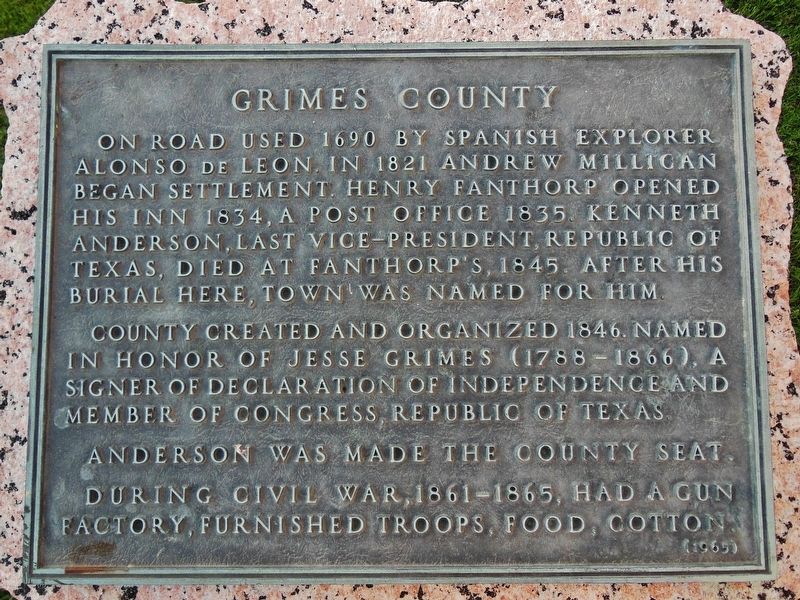 By Cosmos Mariner, June 4, 2013
1. Grimes County Marker
Inscription.
Grimes County. . . On road used 1690 by Spanish explorer Alonso de Leon. In 1821 Andrew Millican began settlement. Henry Fanthorp opened his inn 1834, a post office 1835. Kenneth Anderson, last Vice-President, Republic of Texas, died at Fanthorp's, 1845. After his burial here, town was named for him. . . County created and organized 1846. Named in honor of Jesse Grimes (1788-1866), a signer of Declaration of Independence and member of Congress, Republic of Texas. . . Anderson was made the county seat. . . During Civil War, 1861-1865, had a gun factory, furnished troops, food, cotton. . (1965) . This historical marker was erected in 1936 by State of Texas. It is in Anderson in Grimes County Texas

County created and organized 1846. Named in honor of Jesse Grimes (1788-1866), a signer of Declaration of Independence and member of Congress, Republic of Texas.

Anderson was made the county seat.

Topics and series. This historical marker is listed in this topic list: Political Subdivisions. In addition, it is included in the Texas 1936 Centennial Markers and Monuments series list. 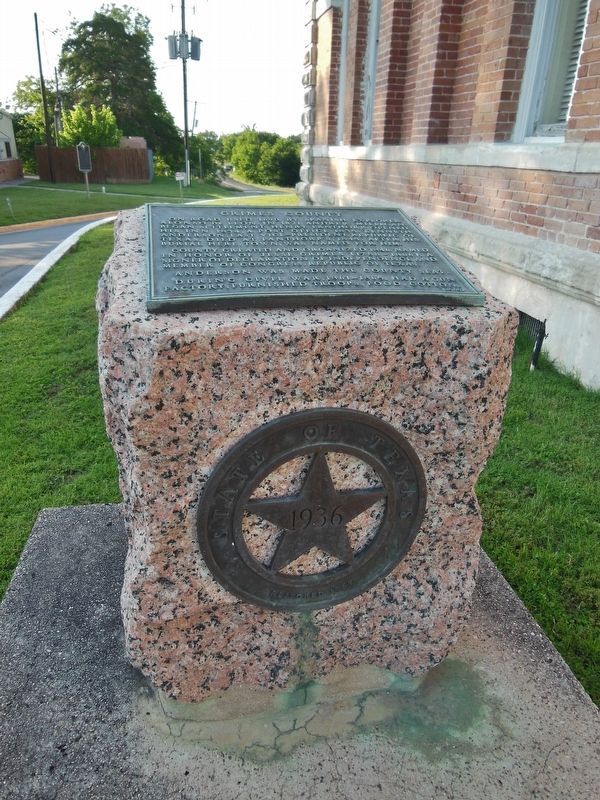 By Cosmos Mariner, June 4, 2013
2. Grimes County Marker (tall view)
Street (Loop State Highway 429) and West Buffington Avenue, on the left when traveling south on South Main Street. Marker is located on west side of the Grimes County Courthouse, near the southwest corner of the building. Touch for map. Marker is at or near this postal address: 100 South Main Street, Anderson TX 77830, United States of America. Touch for directions.

Also see . . .
1. Grimes County.
The first Spaniard to reach the area was probably Alonso De León, the governor of Coahuila, who, exploring eastern Texas in 1690, traveled northeast from Goliad to the vicinity of Navasota and continued past the future sites of Anderson and Prairie Plains toward the Neches River. His route, originally a crude Indian trace through southern Texas, soon became known as La Bahía road. (Submitted on December 24, 2017, by Cosmos Mariner of Cape Canaveral, Florida.) 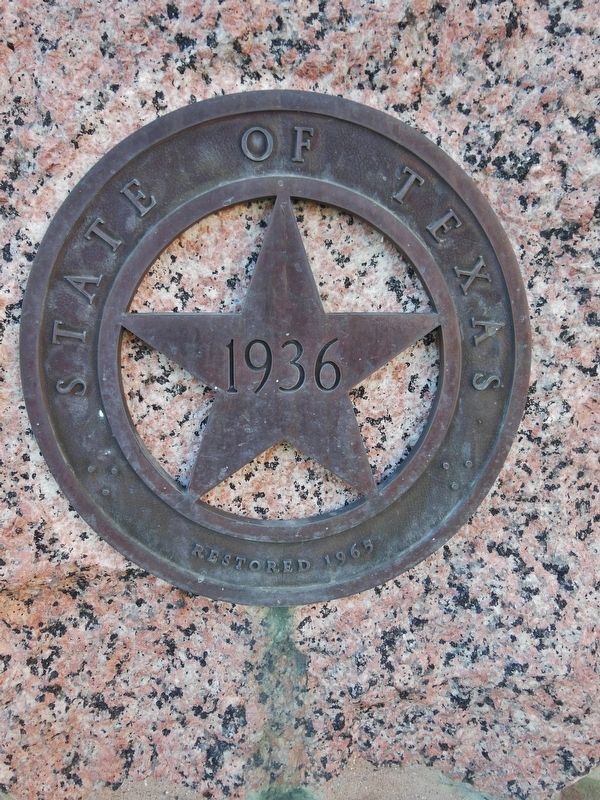 
2. Henry Fanthorp.
In 1833 Fanthorp purchased a tract of 1,100 acres on the west bank of upper Holland Creek in what is now central Grimes County. He began trading in agricultural commodities and built a small log house on his property. In the spring of 1834 he built a much larger house near the intersection of stage roads from Houston to Springfield and Nacogdoches to San Felipe de Austin; he soon established the Fanthorp Inn at the new residence. In December 1835 Fanthorp was appointed postmaster of Grimes County's first post office. In 1837 he opened a general store at the inn, perhaps the first such establishment in Grimes County. (Submitted on December 24, 2017, by Cosmos Mariner of Cape Canaveral, Florida.)

3. Jesse Grimes.
Grimes moved to Texas in 1826 and settled temporarily in Stephen F. Austin's second colony on the San Jacinto River in what is now Harris County; in the fall of 1827 he settled on Grimes Prairie, now in Grimes County. Grimes was one of the four representatives from Washington Municipality to the Convention of 1836 at Washington-on-the-Brazos and there signed the Declaration of Independence. He represented Washington County in the Senate of the First Congress of the Republic of Texas from October 3, 1836, to September 25, 1837. (Submitted on December 24, 2017, by Cosmos Mariner of Cape Canaveral, Florida.) 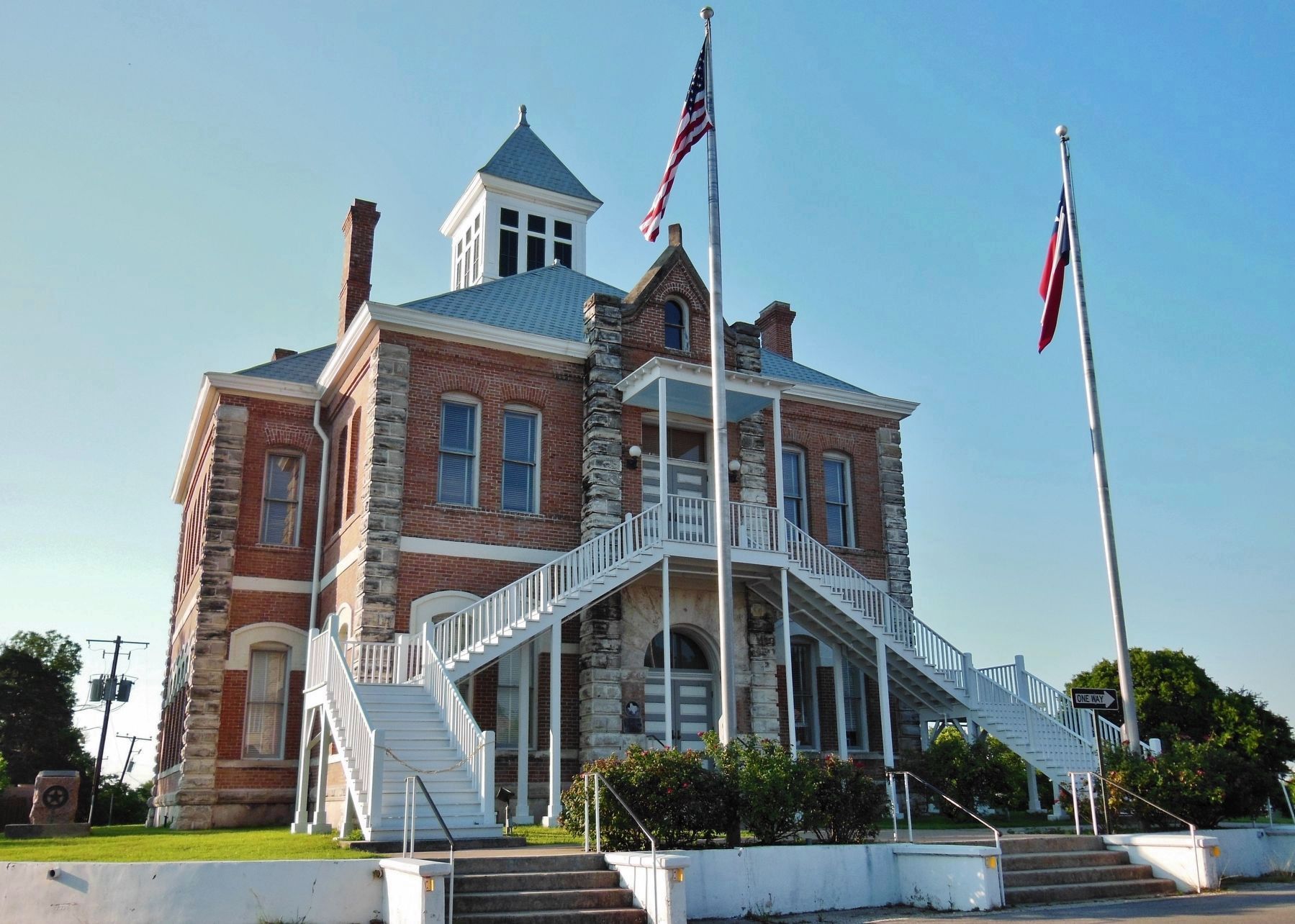 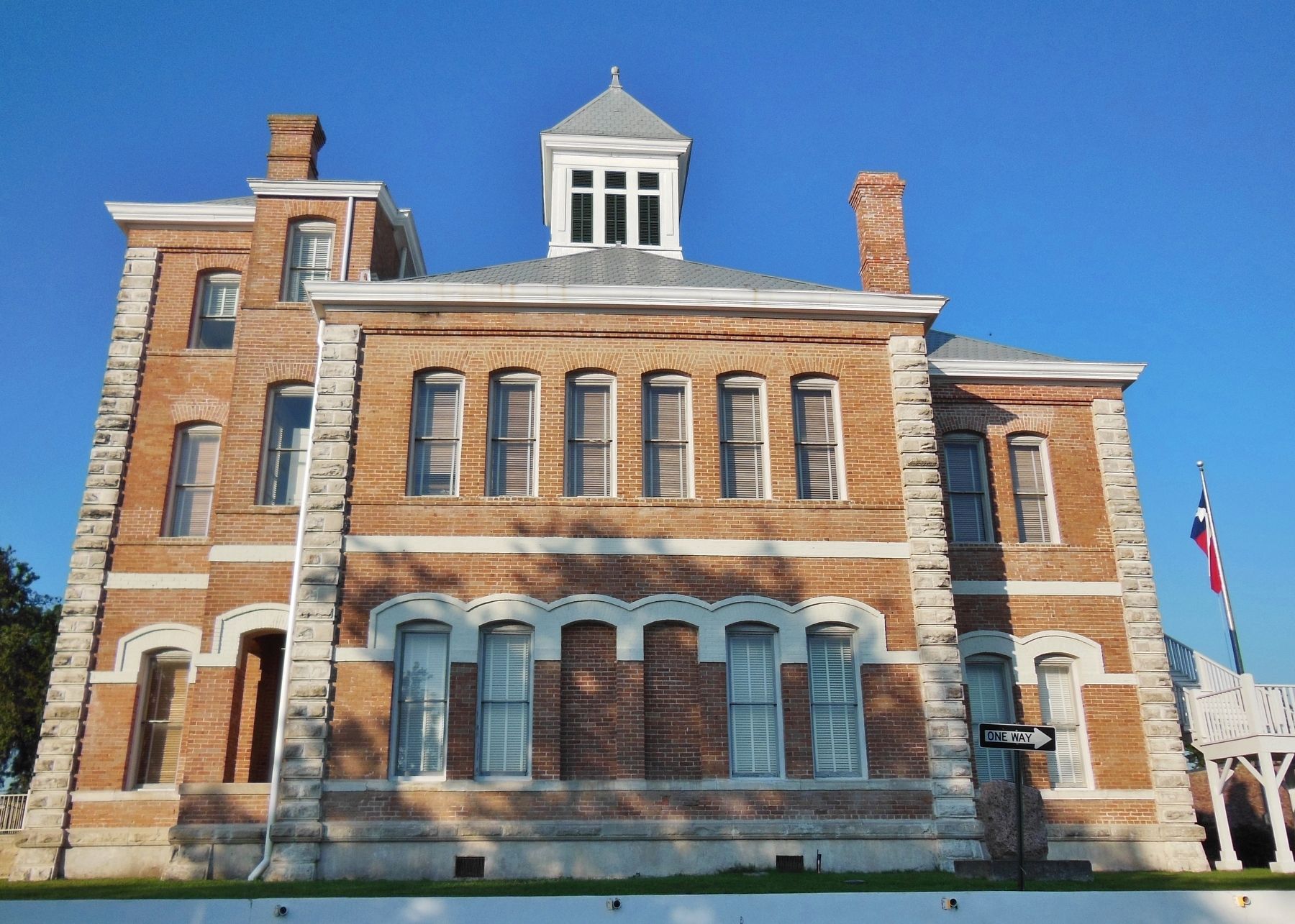