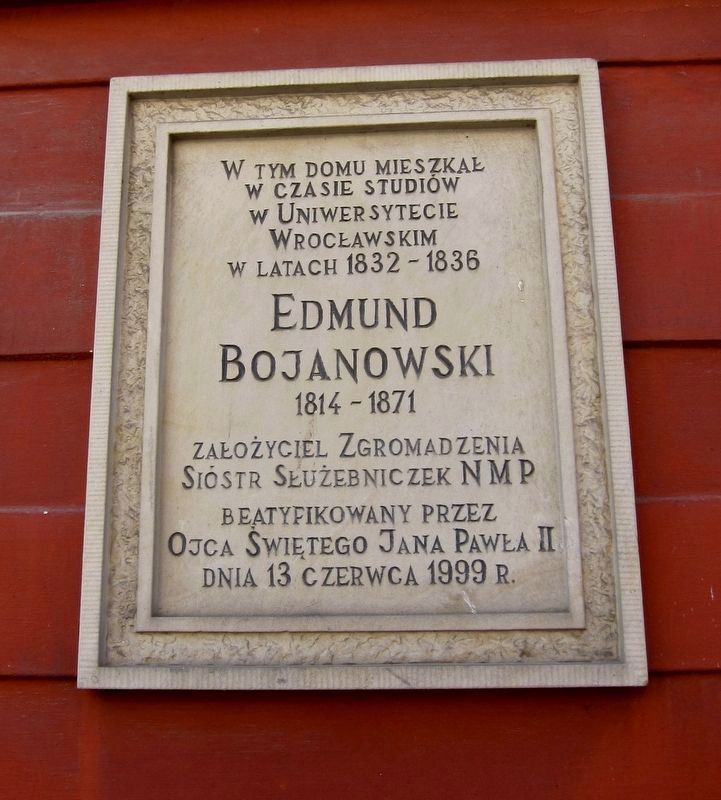 In this house during his studies at the University of Wroclaw in the years 1832-1836 lived Edmund Bojanowski (1814-1871), founder of the Congregation of the Sisters Servants of the Holy and Immaculate Virgin Mary. Beatified by the Holy Father Pope John Paul II on June 13, 1999. . This historical marker is in Wrocław in Wrocław Powiat Lower Silesia Poland