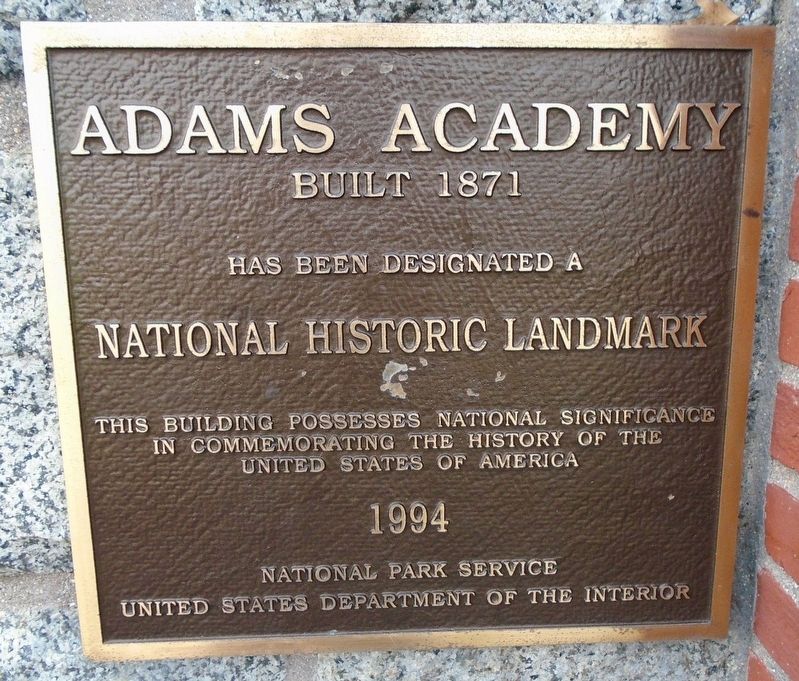 This building possesses national significance in commemorating the history of the United States of America. . This historical marker was erected in 1994 by National Park Service, United States Department of the Interior. It is in Quincy in Norfolk County Massachusetts

has been designated a
National Historic Landmark

Topics and series. This historical marker is listed in this topic list: Education. In addition, it is included in the National Historic Landmarks series list.

Location. 42° 15.231′ N, 71° 0.361′ W. Marker is in Quincy, Massachusetts, in Norfolk County. Marker is at the intersection of Adams Street and Hancock Street, on the right when traveling east on Adams Street. Touch for map. Marker is at or near this postal address: 8 Adams Street, Quincy MA 02169, United States of America. Touch for directions. 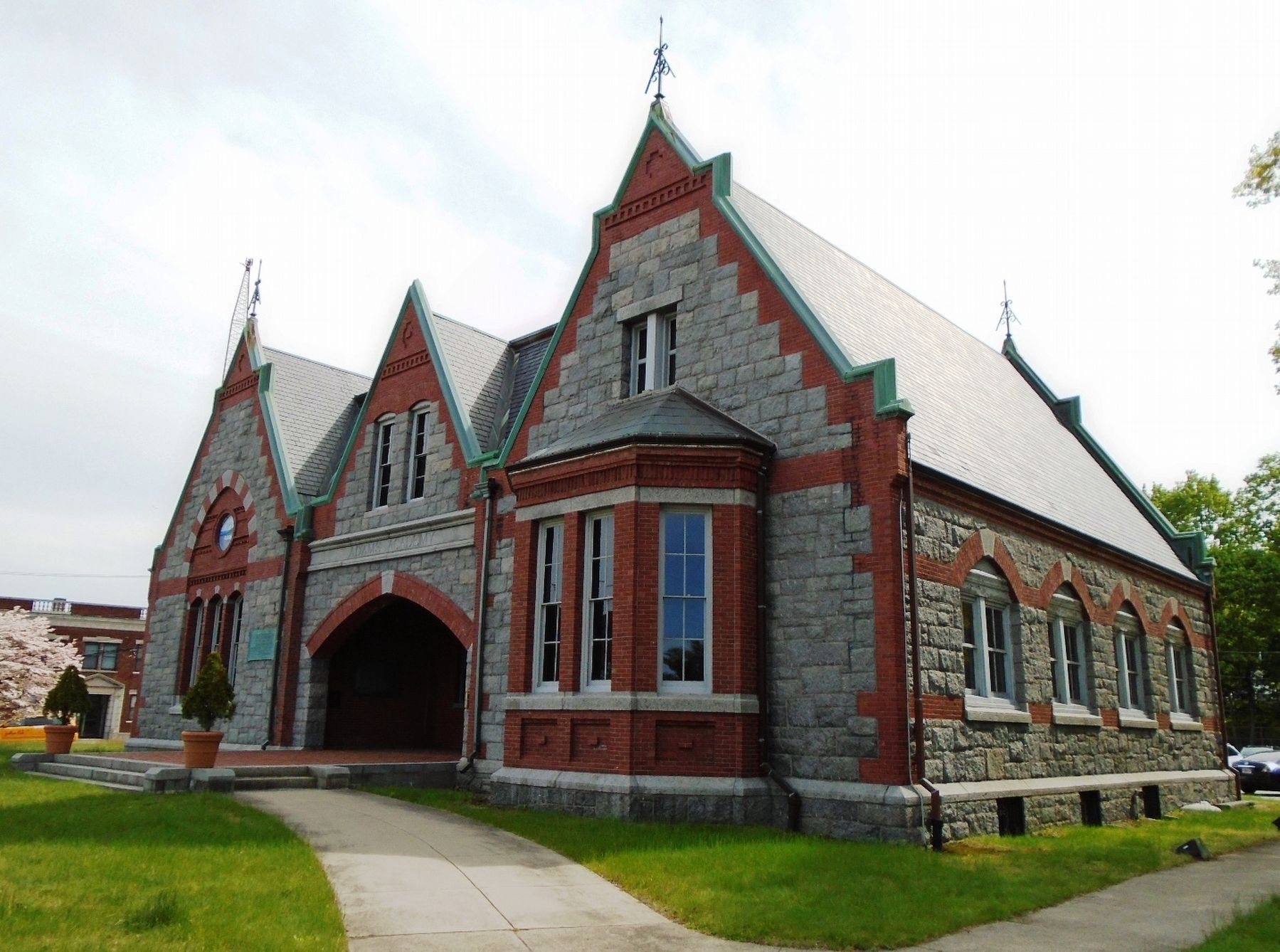 Photographed By William Fischer, Jr., May 18, 2018
2. Adams Academy
NHL Marker is in the entrance alcove, not visible in the photo 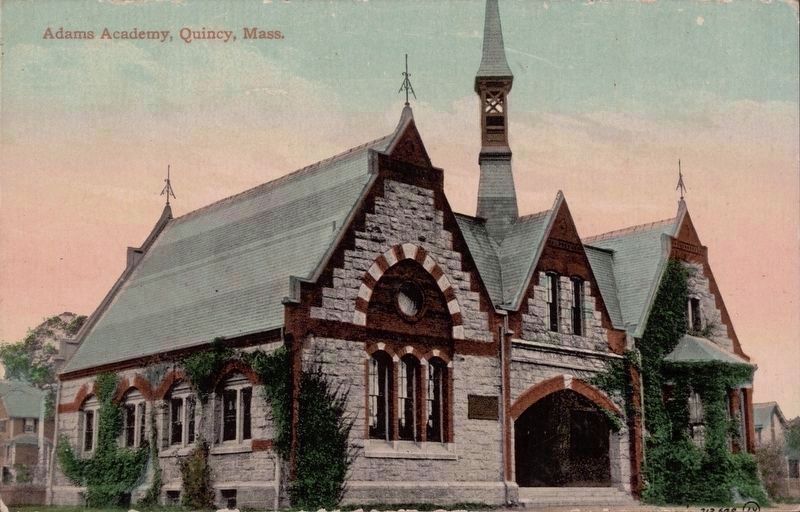