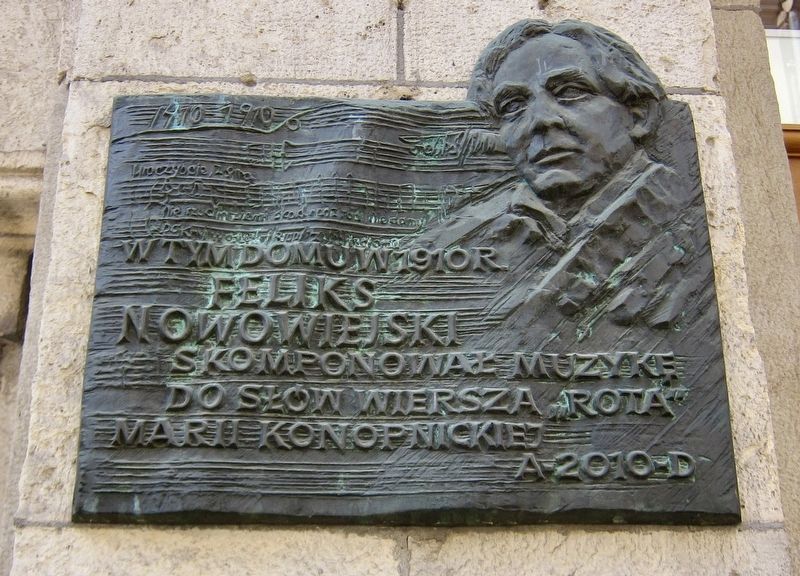 In this house in 1910, Feliks Nowowiejski composed music for the poem "The Oath", by Maria Konopnicka. . This historical marker was erected in 2010. It is in Kraków in Kraków Powiat Lesser Poland Poland

In this house in 1910, Feliks Nowowiejski composed music for the poem "The Oath", by Maria Konopnicka.

Topics. This historical marker is listed in this topic list: Arts, Letters, Music. A significant historical year for this entry is 1910. 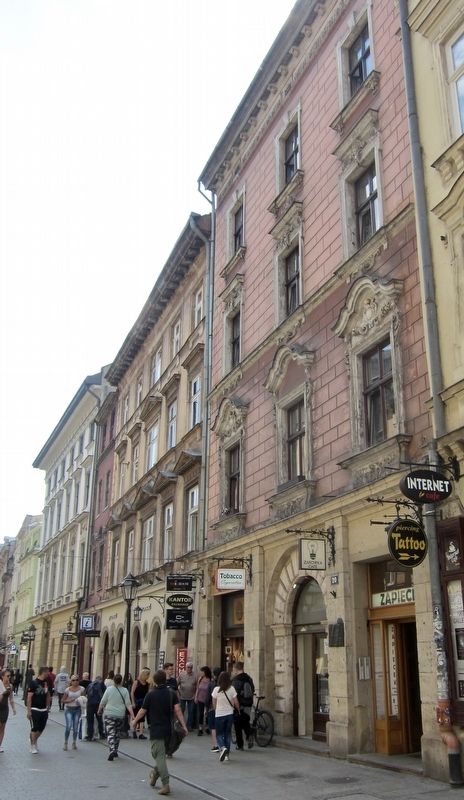 Also see . . .
1. Feliks Nowowiejski. "Feliks Nowowiejski (7 February 1877 – 18 January 1946) was a Polish composer, conductor, concert organist, and music teacher....In 1909 Nowowiejski returned to Poland (then the Duchy of Warsaw), and settled in Krakow, where he served as director of the Krakow Music Society....On 15 July 1910 - the 500th anniversary of the Battle of Tannenberg - the citizens of Krakow gathered in Jan Matejko Square to sing the Rota by Maria Konopnicka under Nowowiejski’s direction. Rota was a patriotic poem protesting Germanisation that Nowowiejski had set to music." (Submitted on June 20, 2018.)