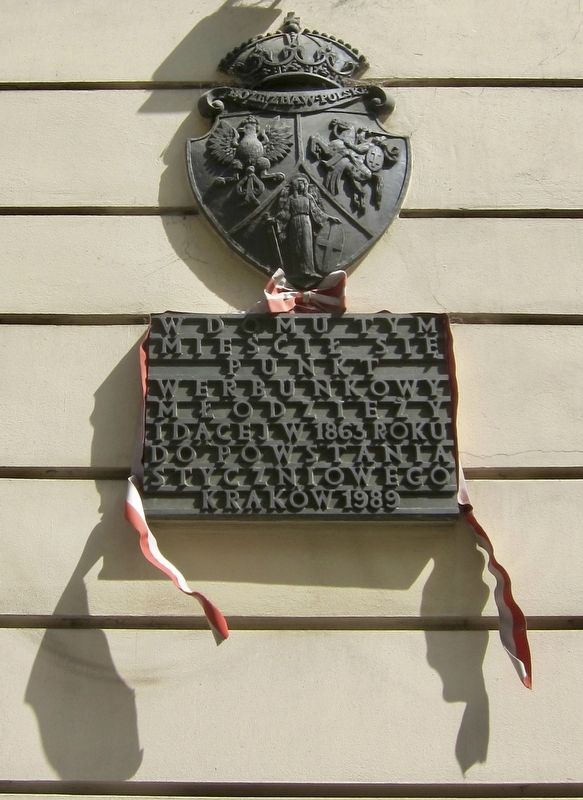 This house was a site for the recruitment of youths joining the 1863 January Uprising.

Topics. This historical marker is listed in this topic list: Wars, Non-US. 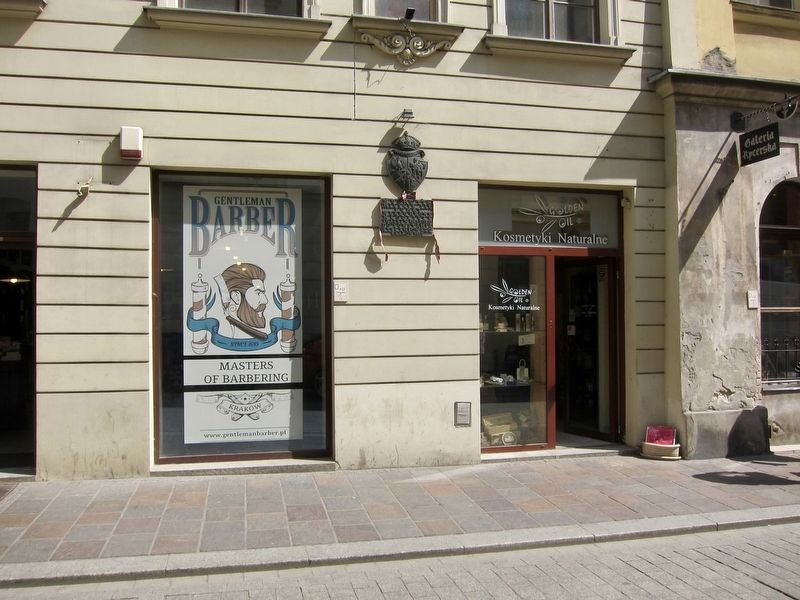 By Andrew Ruppenstein, May 22, 2018
2. January Uprising Recruitment Site Marker - Wide View
away); Feliks Nowowiejski (about 120 meters away); Merkuriusz Polski / The Polish Mercury (about 150 meters away). Touch for a list and map of all markers in Kraków.

Also see . . .  January Uprising (Wikipedia). "The January Uprising...was an uprising instigated principally in the Russian Partition of the former Polish-Lithuanian Commonwealth against its occupation by the Russian Empire. It began on January 22, 1863 spread to the other Partitions of Poland and continued until the last insurgents were captured in 1864....It was the longest lasting insurgency in post-partition Poland. The conflict engaged all levels of society, and arguably had profound repercussions on contemporary international relations and ultimately provoked a social and ideological paradigm shift in national events that went on to have a decisive influence on the subsequent development of Polish society." (Submitted on June 21, 2018.) 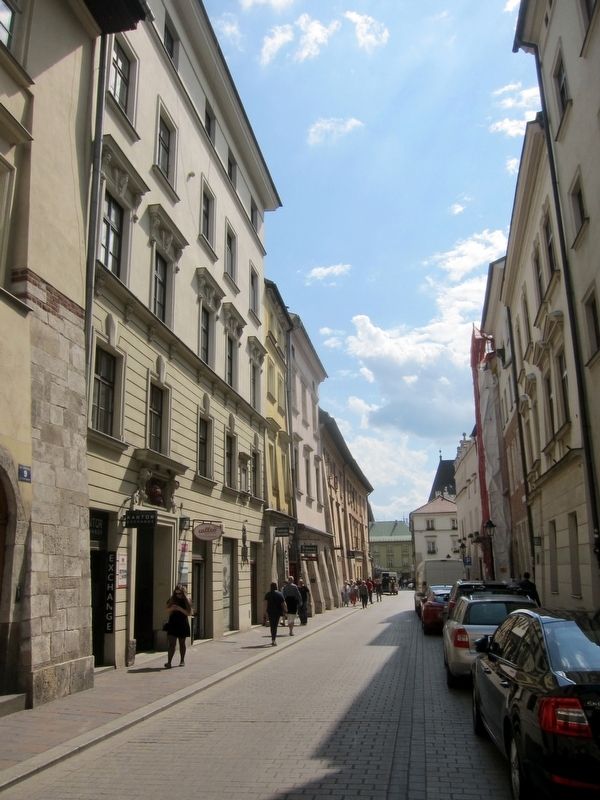