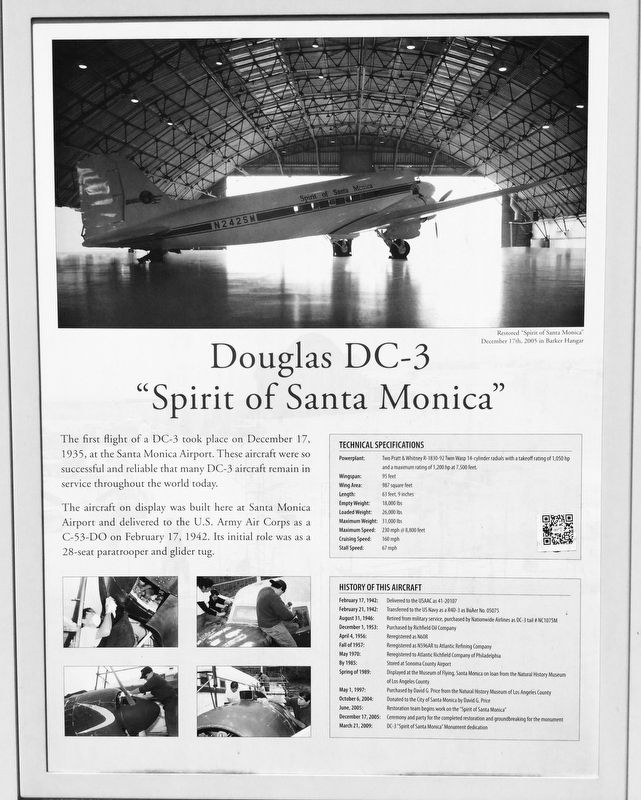 The first flight of a DC-3 took place on December 17, 1935, at the Santa Monica Airport. These aircraft were so successful and reliable that many DC-3 aircraft remain in service throughout the world today.
The aircraft on display was built here at Santa Monica Airport and delivered to the U.S. Army Air Corps as a C-53-DO on February 17, 1942. Its initial role was as a 28-seat paratrooper and glider tug. 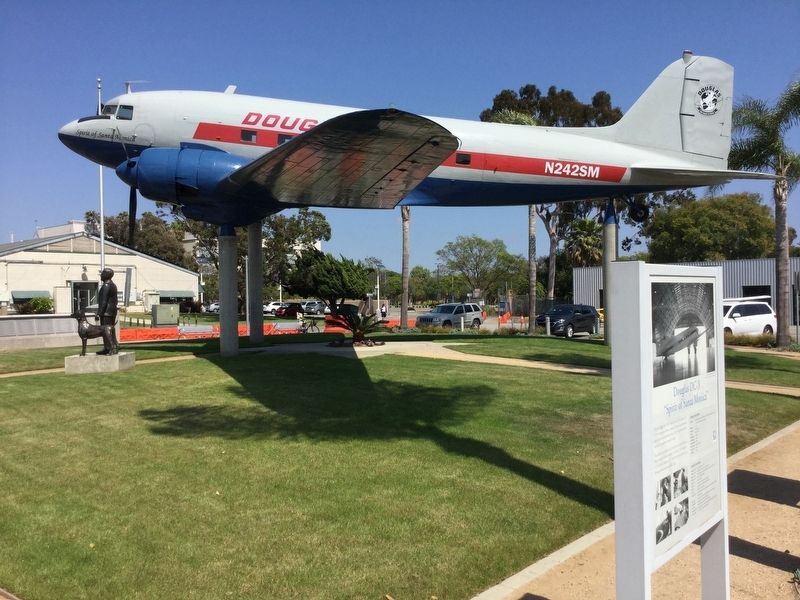 Click or scan to see
this page online
tail # NC1075M
December 1, 1953: Purchased by Richfield Oil Company
April 4, 1956: Reregistered as N60R
Fall of 1957: Reregistered as N596AR to Atlantic Refining Company
May 1970: Reregistered to Atlantic Richfield Company of Philadelphia
By 1985: Stored at Sonoma County Airport
Spring of 1989: Displayed at the Museum of Flying, Santa Monica, on loan from the Natural History Museum of Los Angeles County
May 1, 1997: Purchased by David G. Price from the Natural History Museum of Los Angeles County
October 6, 2004: Donated to the City of Santa Monica by David G. Price
June, 2005: Restoration team begins work on the "Spirit of Santa Monica"
December 17, 2005: Ceremony for the completed restoration and groundbreaking for the monument
March 21, 2009: DC-3 "Spirit of Santa Monica” monument dedication

Topics and series. This historical marker is listed in these topic lists: Air & Space • Industry & Commerce. In addition, it is included in the Native Sons/Daughters of the Golden West series list. 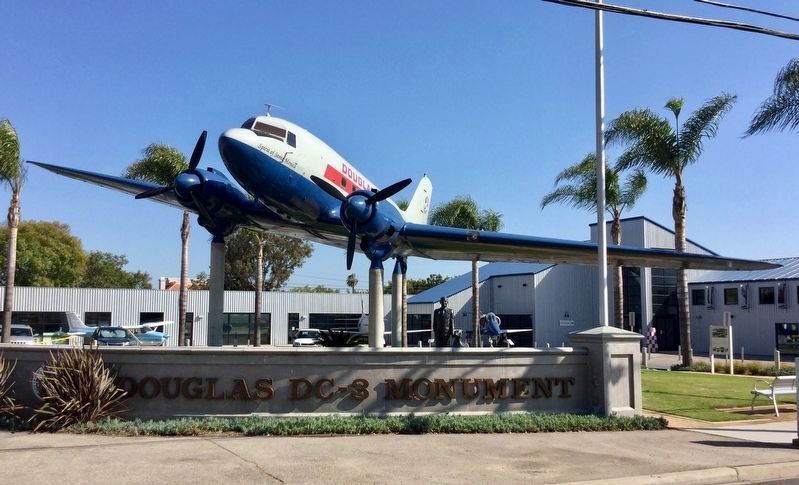 Also see . . .  Douglas DC-3 Monument. Museum of Flying website has information on this and other aircraft on display. (Submitted on June 22, 2018.) 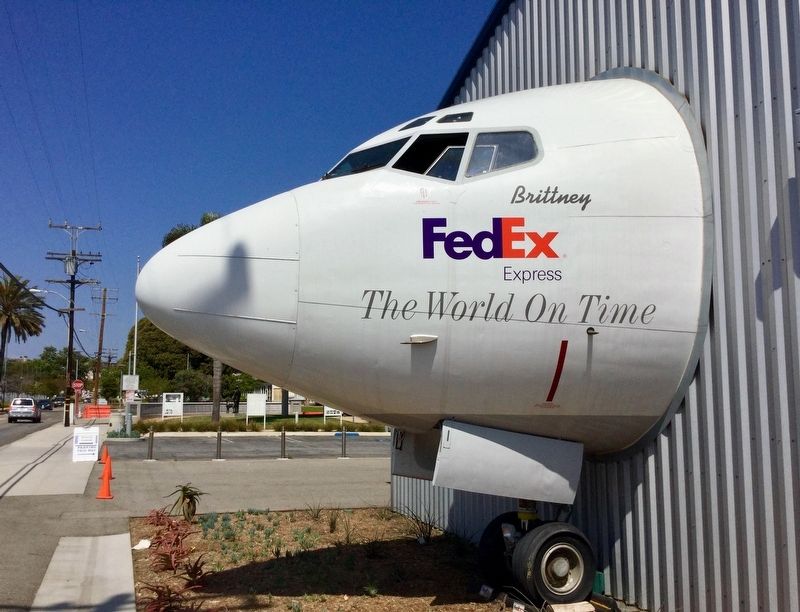 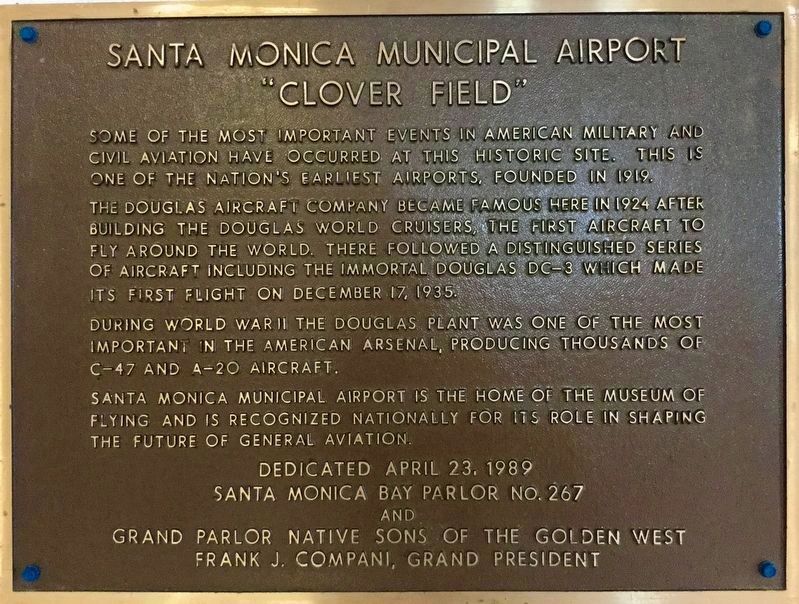 Photographed By Craig Baker, May 27, 2018
5. Marker Inside Museum
Santa Monica Airport “Clover Field”, opened in 1919, is recognized nationally for its role in shaping the future of aviation. 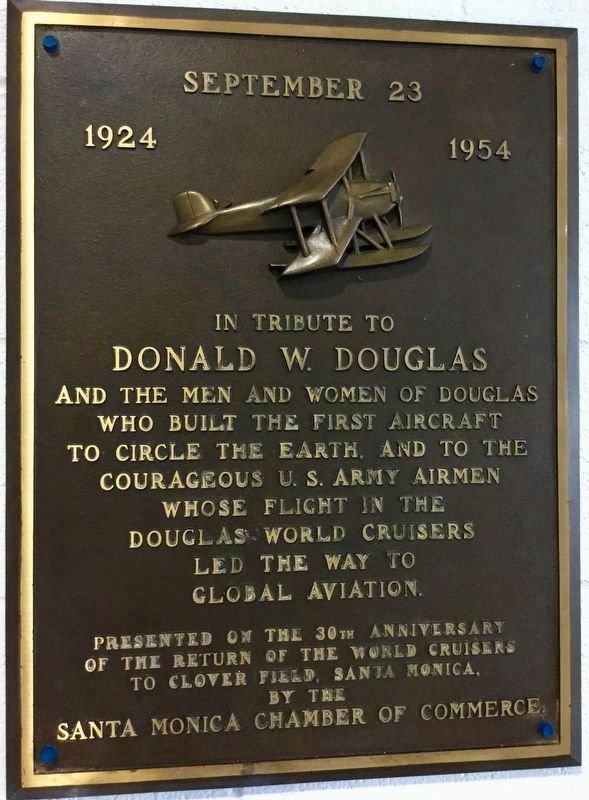