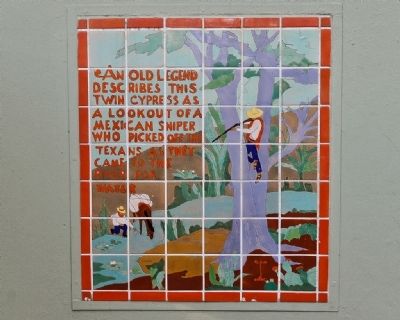 An old legend describes this twin cypress as a lookout of a Mexican sniper who picked off the Texans as they came to the river for water. 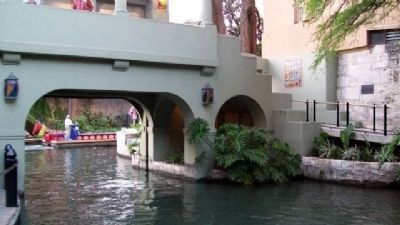 Related markers. Click here for a list of markers that are related to this marker. San Antonio WPA Arts and Crafts Tile Murals 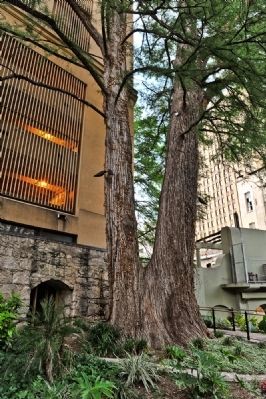