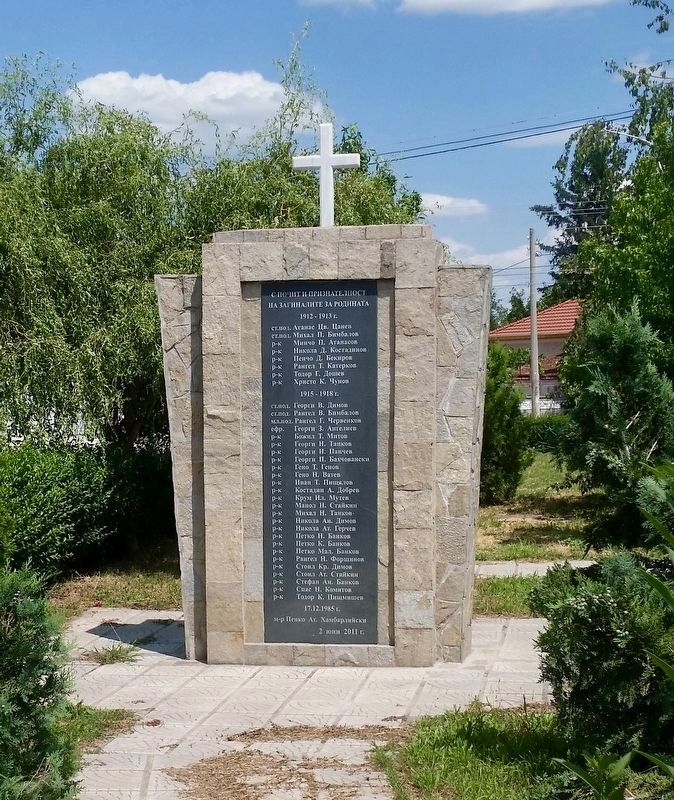 June 24, 2018
1. Graf Ignatievo War Memorial Marker
Inscription.
. . This memorial was erected in 1985. It is in Graf Ignatievo in Maritsa Obshtina Plovdiv Oblast Bulgaria