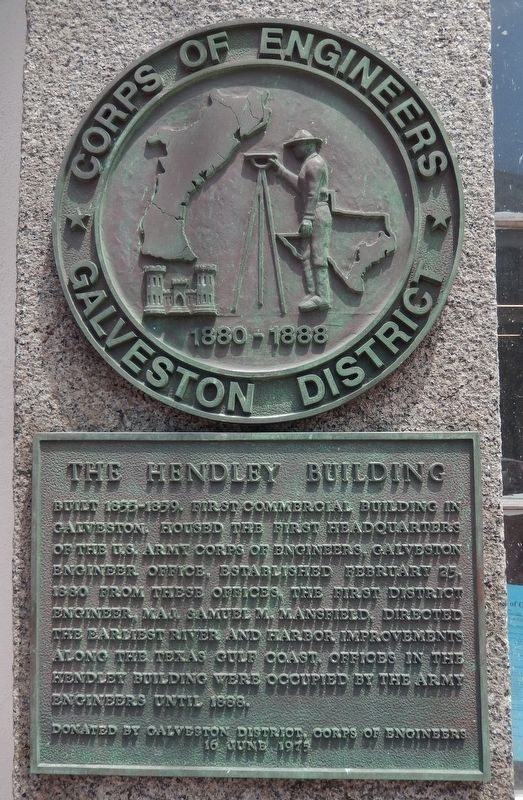 Built 1855-1859. First commercial building in Galveston. Housed the first headquarters of the U.S. Army Corps of Engineers, Galveston Engineer Office, established February 25, 1880. From these offices, the first District Engineer, Maj. Samuel M. Mansfield, directed the earliest river and harbor improvements along the Texas Gulf Coast. Offices in the Hendley Building were occupied by the Army Engineers until 1888.

Topics. This historical marker is listed in these topic lists: Architecture • Industry & Commerce • Man-Made Features. A significant historical date for this entry is February 25, 1880.

Location. 29° 18.479′ N, 94° 47.498′ W. Marker is in Galveston, Texas, in Galveston County. Marker is on Strand Street west of 20th Street, on the right when traveling west. Marker is mounted at eye-level, on a granite column, at the west end of the Hendley building. Touch for map. Marker 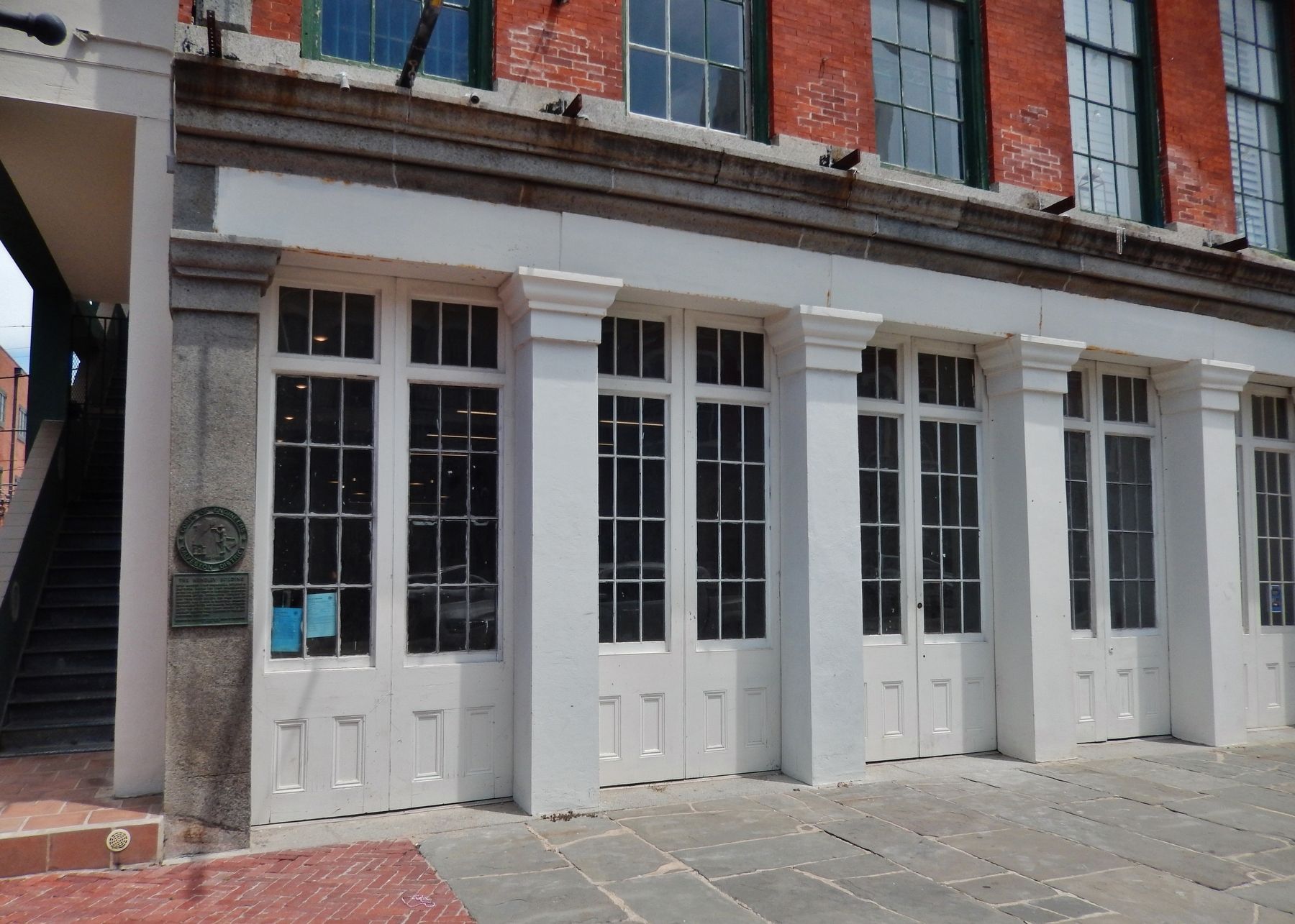 Click or scan to see
this page online
is at or near this postal address: 2016 Strand Street, Galveston TX 77550, United States of America. Touch for directions.

Also see . . .  Hendley Building Photograph, 1979. This link presents a photograph of this marker and the west end of the Hendley building in 1979, before building restoration. (Submitted on June 24, 2018, by Cosmos Mariner of Cape Canaveral, Florida.) 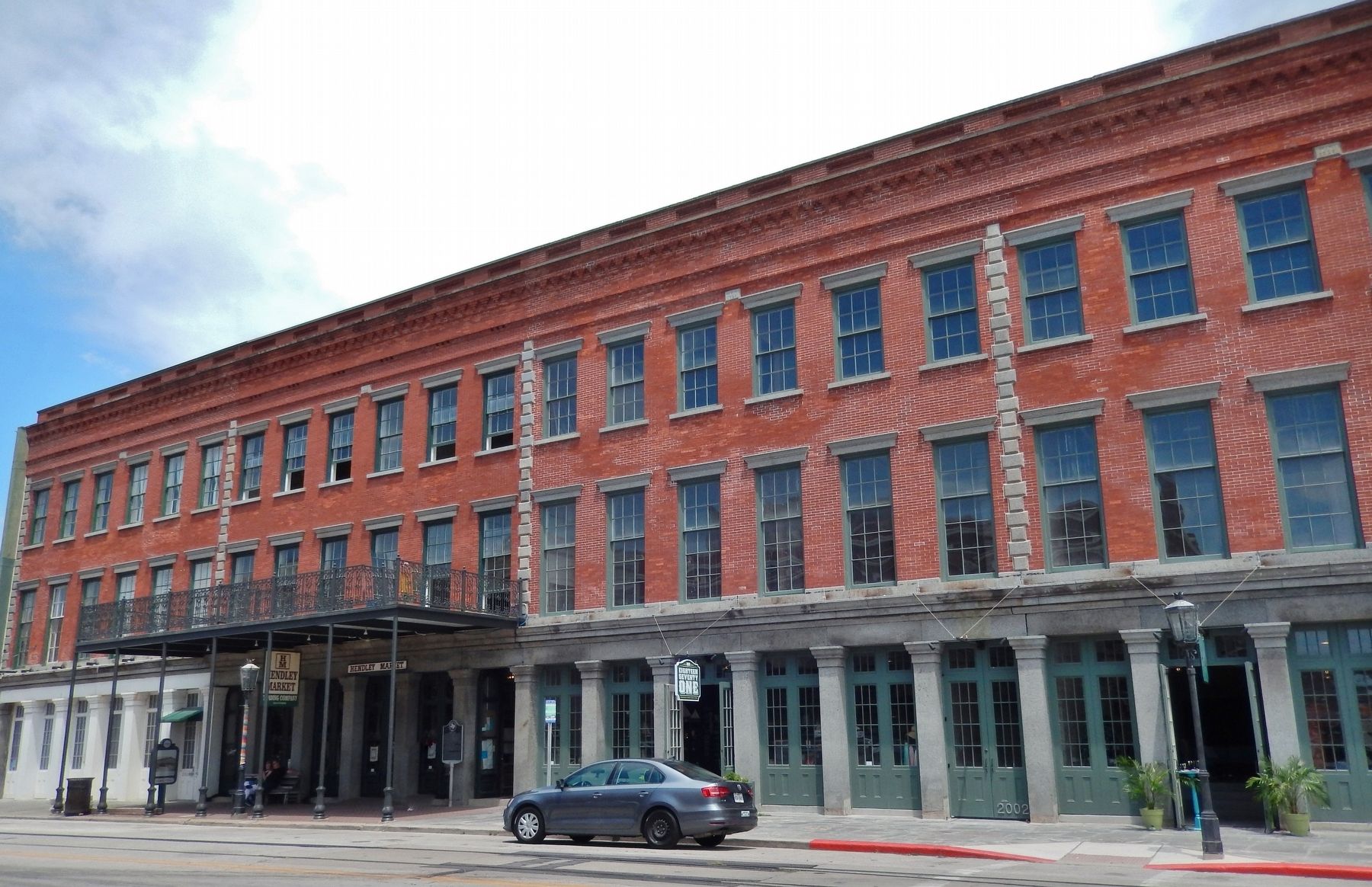