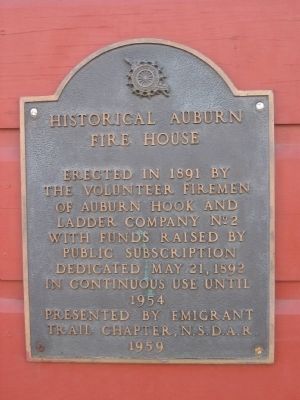 Photographed By Syd Whittle, March 1, 2006
1. Historical Auburn Fire House Marker
Inscription.
Historical Auburn Fire House. . Erected in 1891 by the volunteer firemen of Auburn Hook and Ladder Company No.2 with funds raised by public subscription. Dedicated May 21, 1892. In continuous use until 1954 . This historical marker was erected in 1959 by Emigrant Trail Chapter, N.S.D.A.R (Daughters of the American Revolution). It is in Auburn in Placer County California

Erected in 1891 by the volunteer firemen of Auburn Hook and Ladder Company No.2 with funds raised by public subscription. Dedicated May 21, 1892. In continuous use until 1954

Topics and series. This historical marker is listed in these topic lists: Notable Buildings • Notable Places • Settlements & Settlers. In addition, it is included in the Daughters of the American Revolution (DAR) series list. A significant historical date for this entry is May 21, 1976.

Location. 38° 53.767′ N, 121° 4.722′ W. Marker is in Auburn, California, in Placer County. Marker is at the intersection of Lincoln Way and Commercial Street, on the right when traveling east on Lincoln Way. Marker is mounted on the front of the Old Firehouse. Touch for map. Marker is in this post office area: Auburn CA 95603, United States of America. Touch for directions. 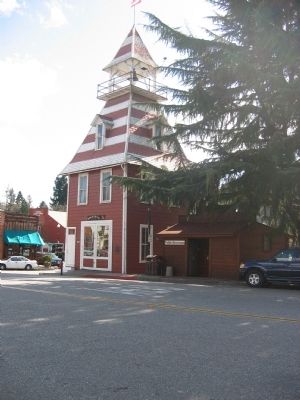 Additional commentary.
1. From the Historic Old Town Auburn Walking Tour Brochure:
This Old Town Firehouse once stood where the freeway runs now. It was built in 1891, and the Queen Anne style influence can be seen in the use of patterned shingles of varied styles and colors. This firehouse was home for the Auburn Hook and Ladder Co., organized in 1852. In the tower is the original bell used to sound the alarm and bring volunteers from nearby mines and fields.
— Submitted October 11, 2008, by Syd 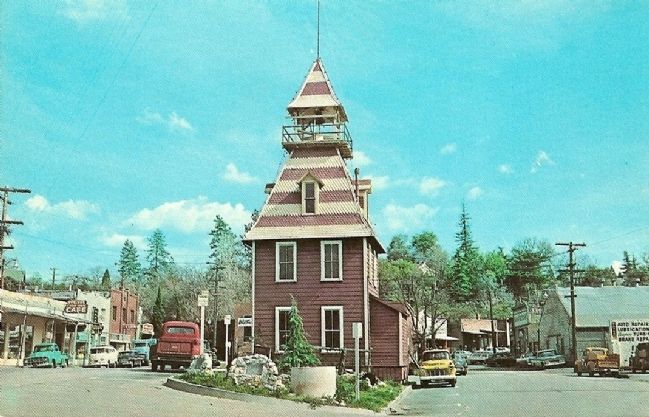 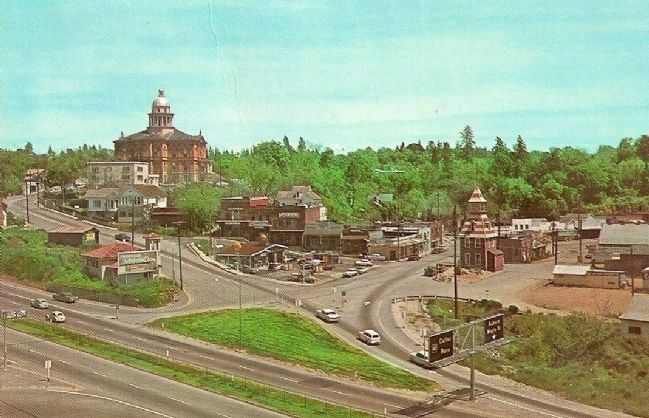