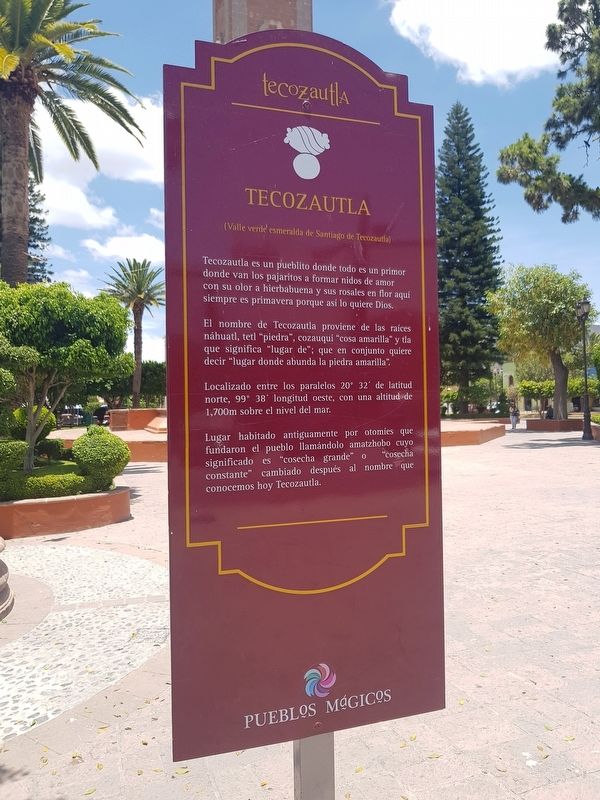 Photographed By J. Makali Bruton, June 9, 2018
1. Tecozautla Marker
Inscription.
English translation: , Tecozautla , (Emerald green valley of Santiago de Tecozautla) , Tecozautla is a small town where everything is a delight , and where the little birds go to form nests of love , with a smell of mint and its rose bushes in bloom here , its always spring because that’s how God wants it. , (A portion of the poem "Canto a Tecozautla"), The name of Tecozautla comes from the Nahuatl root words: tetl or "stone", cozauqui meaning "yellow thing" and tla that means "place of", which together means "place where yellow stone abounds". , , Located between the parallels of 20° 32' north latitude and 99° 38' west longitude, with an altitude of 1,700 m above sea level. , , This place was formerly inhabited by Otomies that founded the town and called it Amatzhobo, whose meaning is "great harvest" or "constant harvest". The name was changed later to what we now know as Tecozautla. . This historical marker is in Tecozautla Hidalgo Mexico