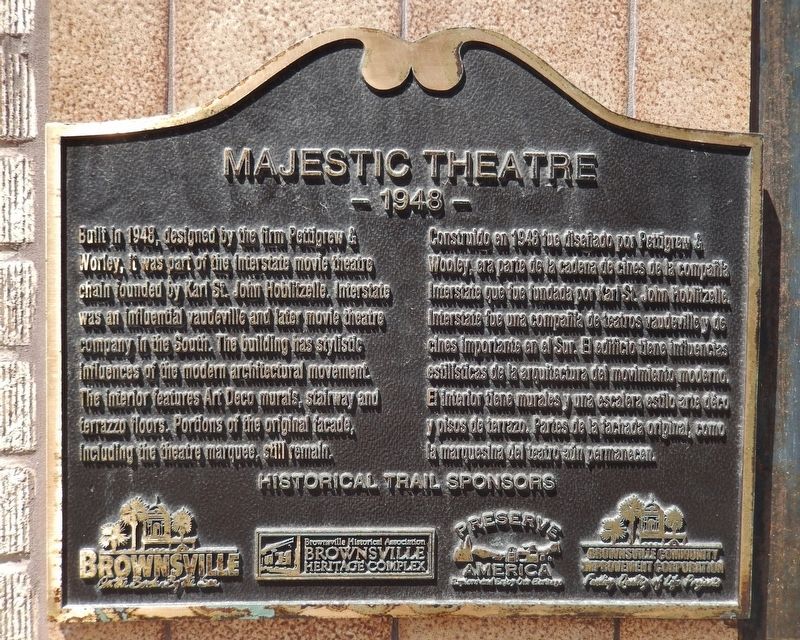 (English)
Built in 1948, designed by the firm of Pettigrew & Worley, it was part of the interstate movie theater chain founded by Karl St. John Hoblitzelle. Interstate was an influential vaudeville and later movie theater company in the South. The building has stylistic influences of the modern architectural movement. The interior features Art Deco murals, stairway and terrazzo floors. Portions of the original façade, including the theater marquee, still remain. 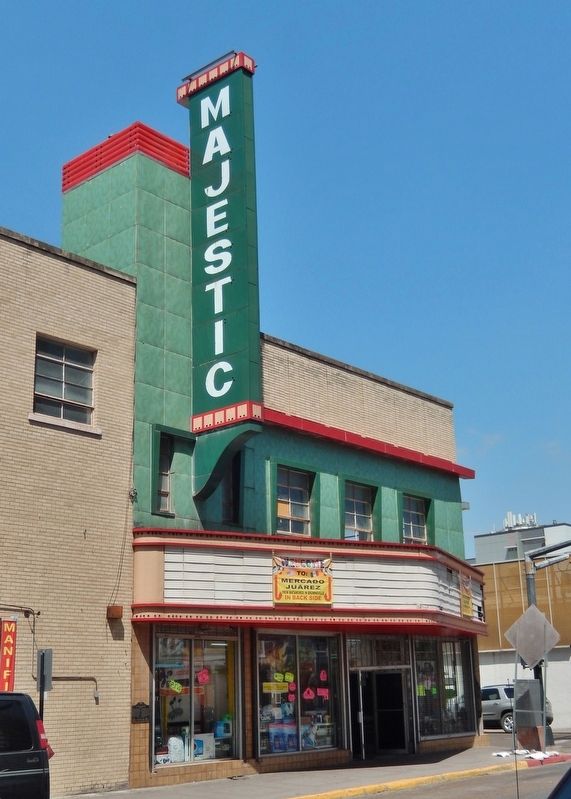 More about this marker. Marker is in the Brownsville Historical Trail series.

Also see . . .
1. Majestic Theatre, Brownsville, Texas. (This link presents a picture of the Majestic c. 1960, when it was showing 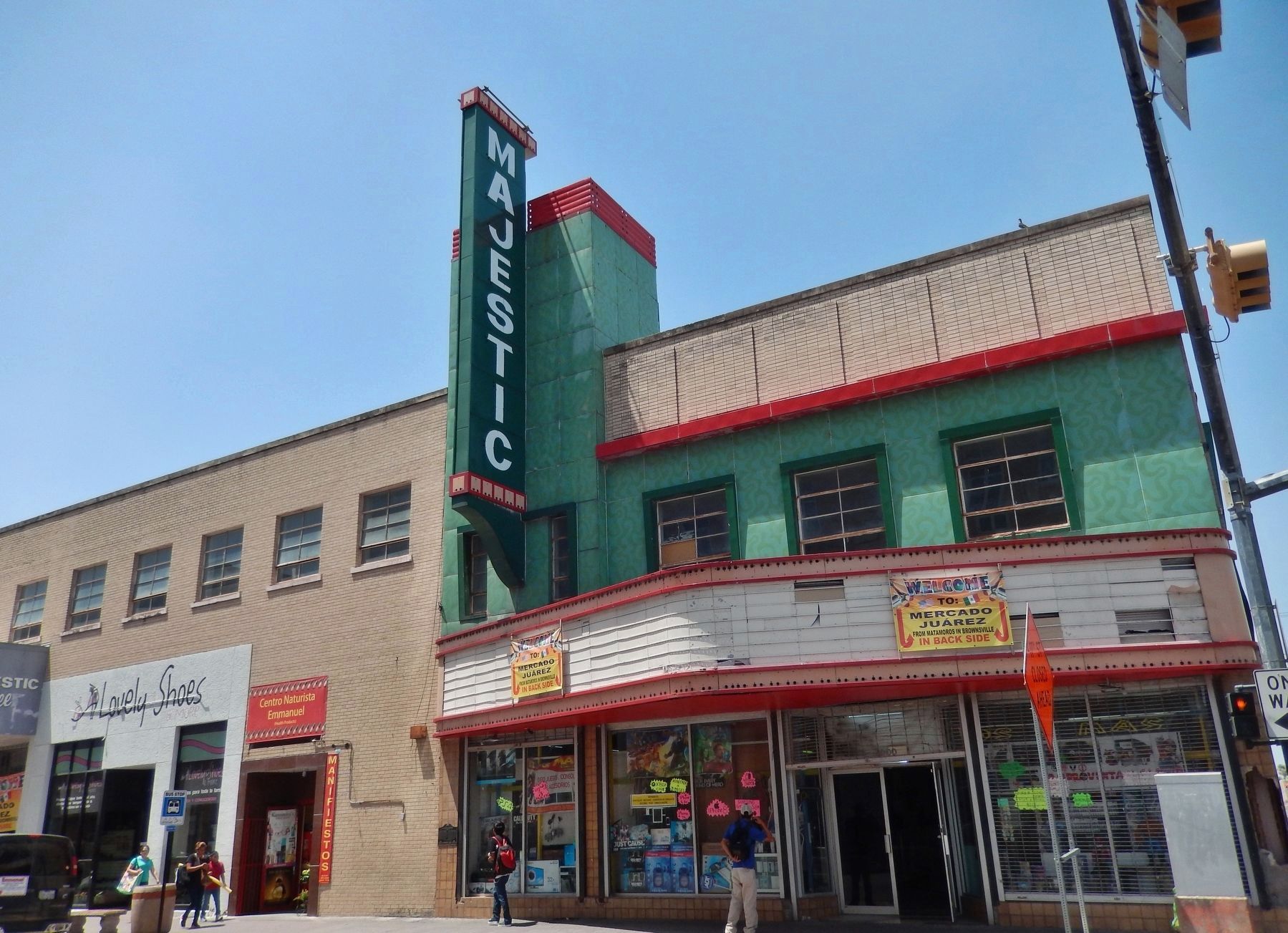 By Cosmos Mariner, May 18, 2018
3. Majestic Theater (wide view; marker visible at eye-level, just left of front windows)
a movie called "Black Gold.") The Majestic Theatre was a textbook example of Art Deco style design when it opened in 1949, but neglect combined with proximity to Mexico (so that the population center of Brownsville moved steadily farther and farther away to the north) reduced it in its final years to showing second run films downstairs and adult fare in the converted balcony in the evenings. (Submitted on June 27, 2018, by Cosmos Mariner of Cape Canaveral, Florida.)

2. Once Majestic, Theater Now a Relic of Brownsville's Past. Those of us who grew up here remember going to the Majestic Theater. On Saturday, a quarter would get you in to the show and you’d have enough left over to get some popcorn and pop. Those days are gone, but not forgotten. Those were the days when you could also go down another two blocks on Elizabeth, turn right and go to the Capitol to see the standard “Land that Time Forgot” for the same price. There was also the Grande Theater, El Iris, and, of course, El Mexico. It’s amazing that all these theaters were operating downtown at the same time, and on weekends all were full. (Submitted on June 27, 2018, by Cosmos Mariner of Cape Canaveral, Florida.) 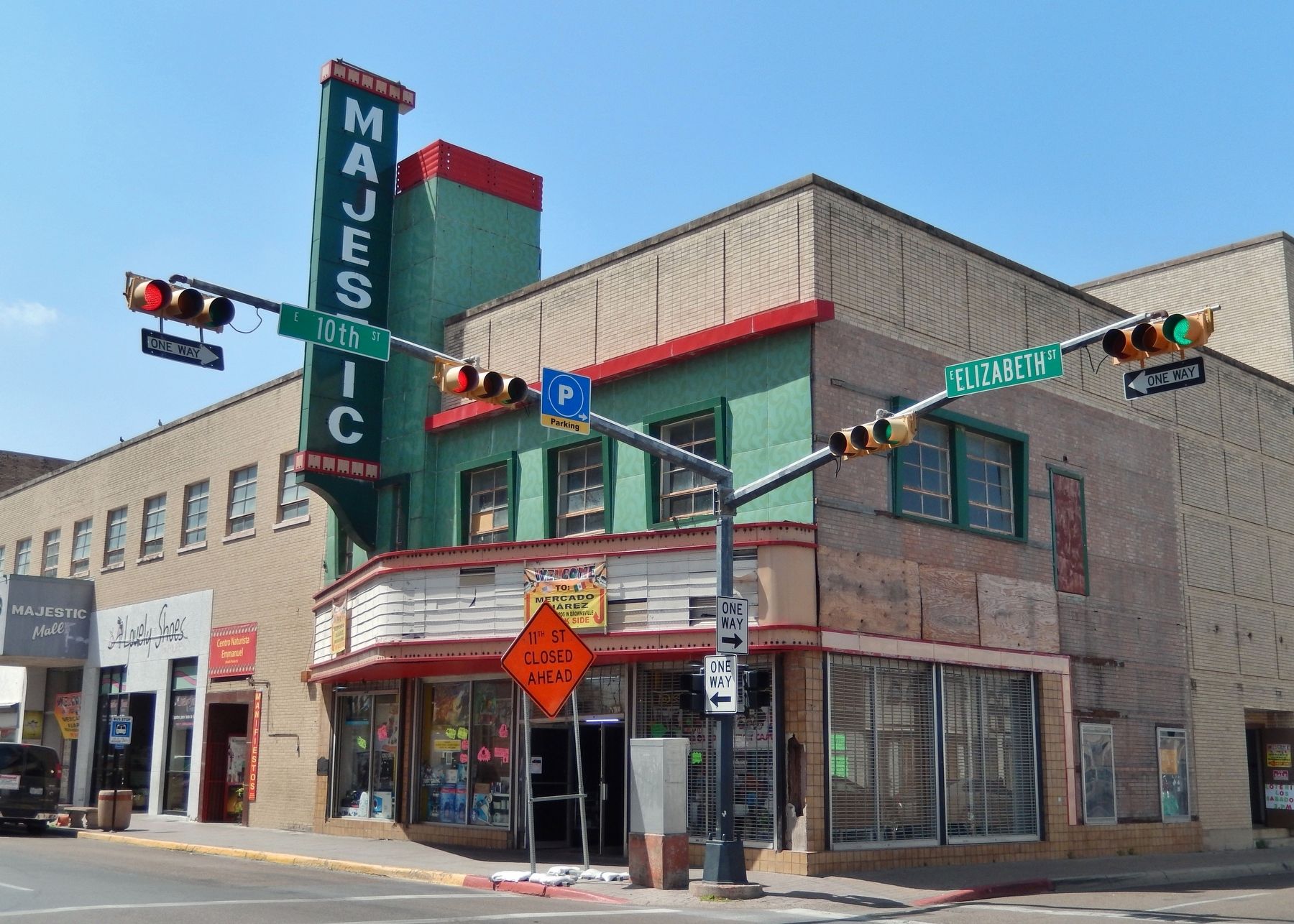