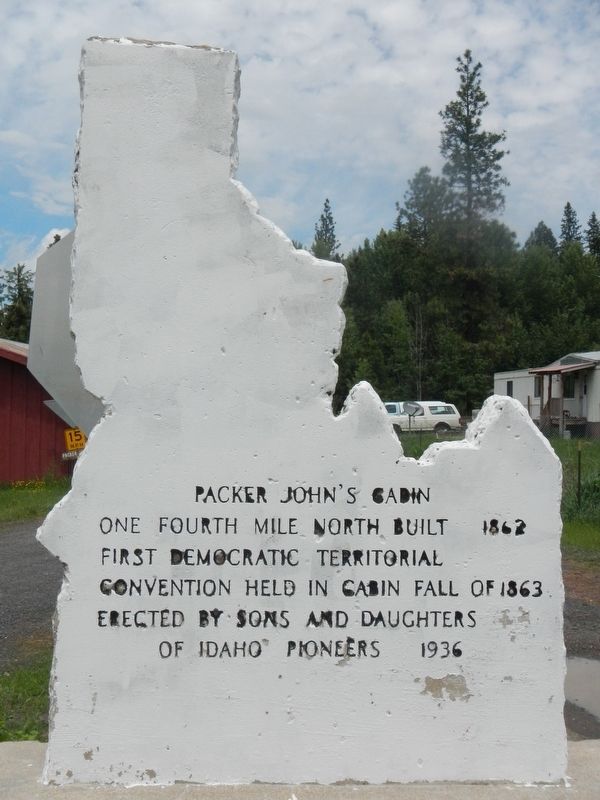 Photographed By Barry Swackhamer, May 4, 2018
1. Packer John's Cabin Marker
Inscription.
Packer John's Cabin. . One fourth mile north. Built 1862 , First Democratic Territorial Convention held in Cabin Fall of 1863 , . This historical marker was erected in 1936 by Sons and Daughters of Idaho Pioneers. It is in New Meadows in Adams County Idaho


Erected 1936 by Sons and Daughters of Idaho Pioneers.

Topics and series. This historical marker is listed in this topic list: Government & Politics. In addition, it is included in the Sons and Daughters of Idaho Pioneers series list. A significant historical year for this entry is 1862.

More about this marker. This marker is located near the entrance to Packer John's Cabin State Park. 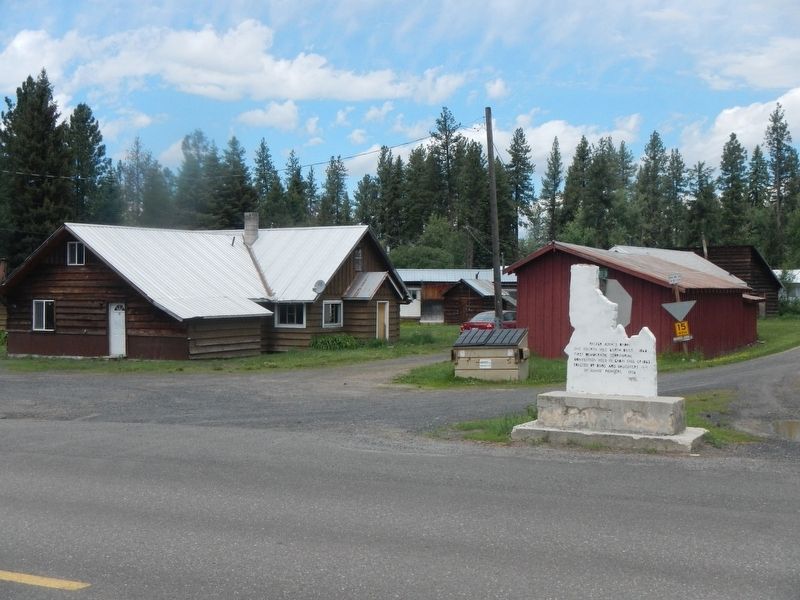 Click or scan to see
this page online
Packer John’s Cabin - Meadow Valley, Idaho. There is probably no more interesting historic building in the state than this, quaint, old Cabin located as it is at the foot of the picturesque range of mountains separating Meadows Valley from Long Valley and immediately on the first and oldest trail between the early mining camps of the territory. (Submitted on June 27, 2018, by Barry Swackhamer of Brentwood, California.) 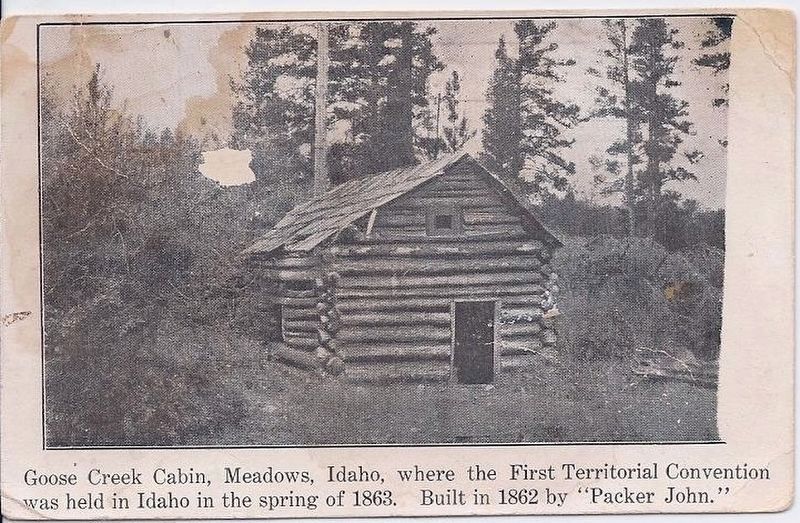