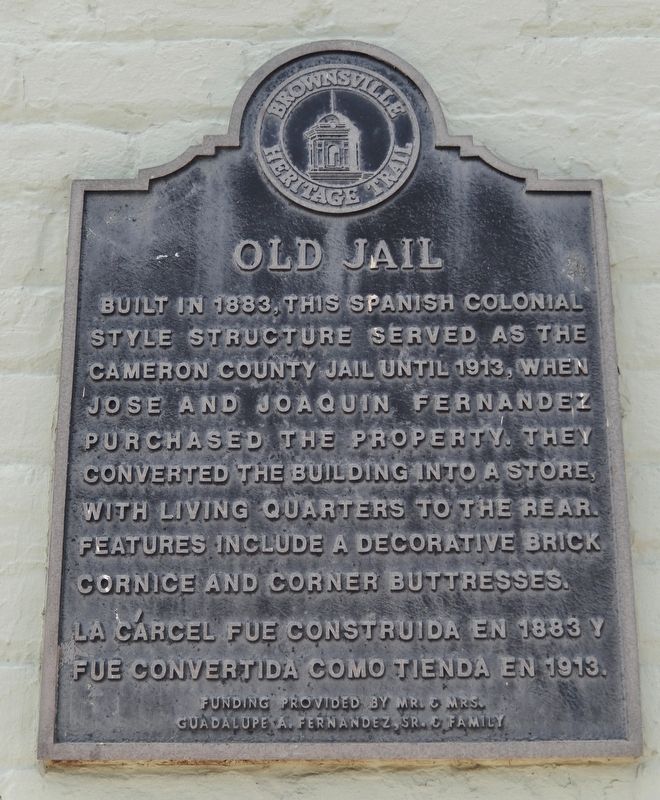 By Cosmos Mariner, May 18, 2018
1. Old Jail Marker
Inscription.
.
Funding provided by Mr. & Mrs. . Guadalupe A. Fernandez, Sr. & Family. . This historical marker was erected by City of Brownsville & the Guadalupe Fernandez family. It is in Brownsville in Cameron County Texas

(English)
Built in 1883, this Spanish Colonial style structure served as the Cameron County Jail until 1913, when Jose and Joaquin Fernandez purchased the property. They converted the building into a store, with living quarters to the rear. Features include a decorative brick cornice and corner buttresses.