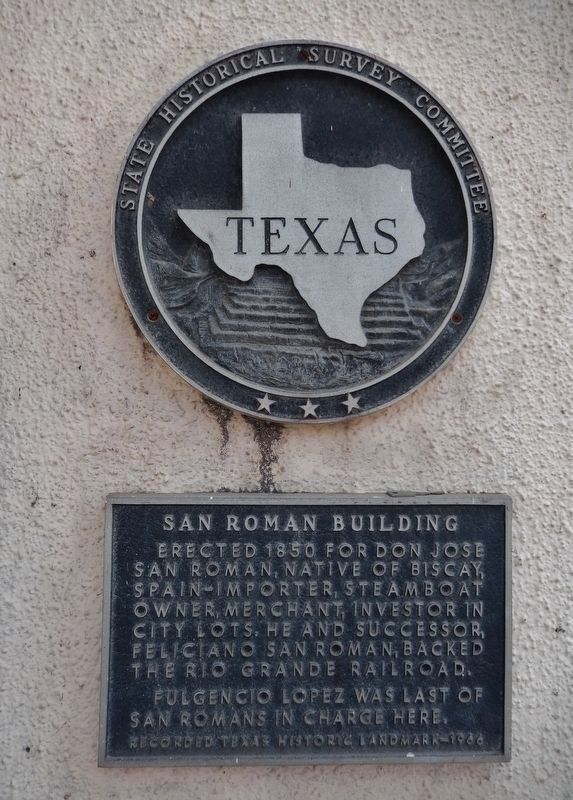 Fulgencio Lopez was last of San Romans in charge here. ,

Recorded Texas Historic Landmark – 1966. . This historical marker was erected in 1966 by State Historical Survey Committee. It is in Brownsville in Cameron County Texas

Fulgencio Lopez was last of San Romans in charge here.

Topics. This historical marker is listed in these topic lists: Hispanic Americans • Industry & Commerce. A significant historical year for this entry is 1850.

Other nearby markers. At least 8 other markers are within walking distance of this marker. San Roman Building (here, next to this marker); Bollack Department Store 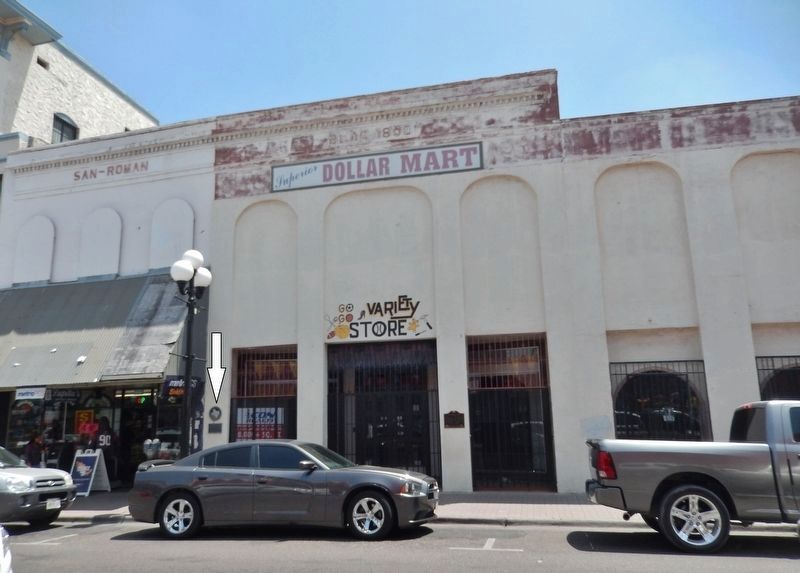