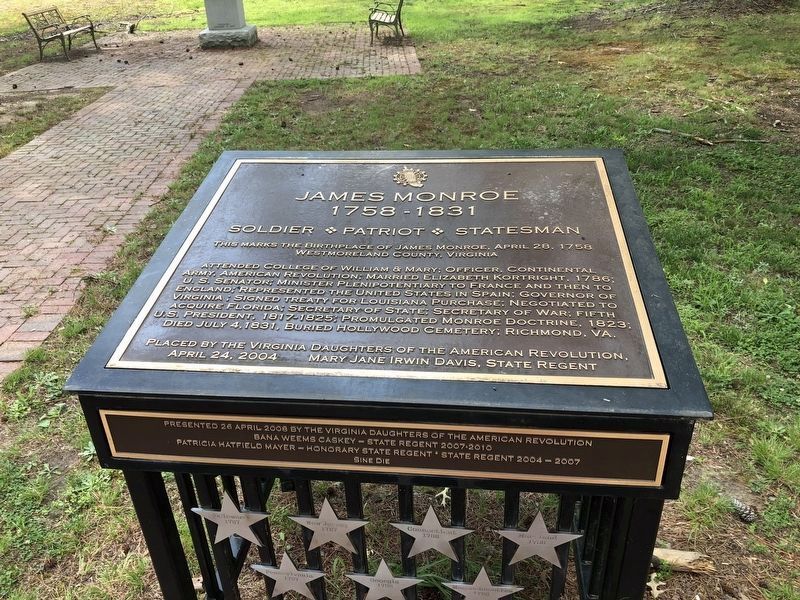 Topics and series. This historical marker is listed in these topic lists: Cemeteries & Burial Sites • Government & Politics • War, US Revolutionary. In addition, it is included in the Daughters of the American Revolution (DAR), and the Former U.S. Presidents: #05 James Monroe series lists. A significant historical date for this entry is April 28, 1875. 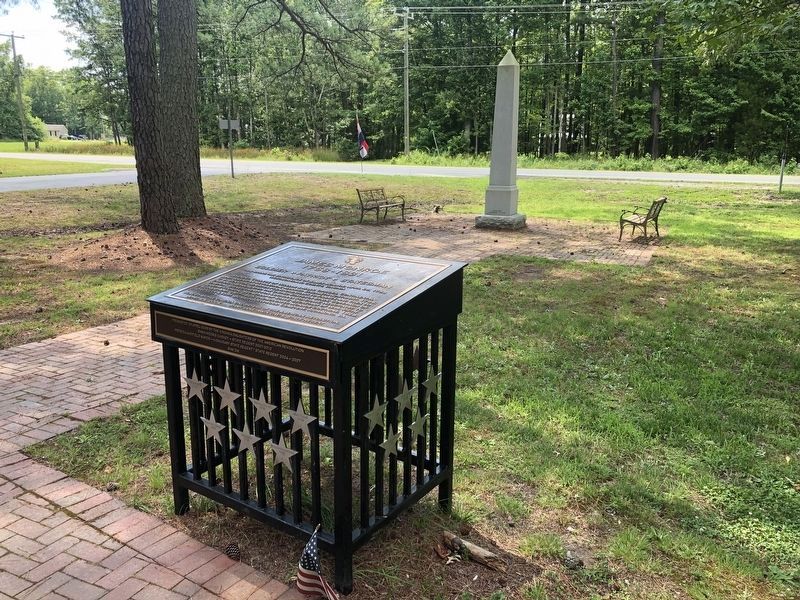 Click or scan to see
this page online
N, 76° 59.422′ W. Marker is near Colonial Beach, Virginia, in Westmoreland County. Marker is on James Monroe Highway (Virginia Route 205), on the left when traveling south. Touch for map. Marker is in this post office area: Colonial Beach VA 22443, United States of America. Touch for directions. 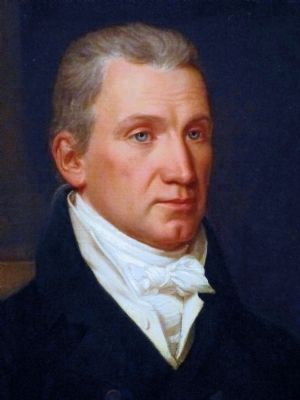 “In 1820, White House incumbent James Monroe stood virtually unopposed in his bid for a second term, an expression of the so-called ‘Era of Good Feelings’ that set in after the War of 1812 and was marked by a temporary halt in two-party factionalism.

Monroe brought to his presidency a style that meshed well with this rancorless climate. When, for example, he vetoed public improvements legislation, he offered Congress suggestions for accomplishing the same end through means that circumvented his Constitution-based objections. The most enduring legacy of his administration, however, was the Monroe Doctrine, which registered opposition to European meddling in the Western Hemisphere. It ultimately became a keystone of American foreign policy.

The restrained coloring and brushwork in Monroe's portrait by John Vanderlyn testifies to the strong influence of French neoclassicism during the artist's years of study in Paris. It may also reflect Monroe's own tastes, which ran to the French as a result of several diplomatic missions to Paris.” — National Portrait Gallery
Credits. This page was last revised on July 5, 2021. It was originally submitted on September 30, 2008, by Gary D. Carter of King George, Virginia. This page has been viewed 1,045 times since then and 14 times this year. Photos:   1, 2. submitted on July 5, 2021, by Devry Becker Jones of Washington, District of Columbia.   3. submitted on July 18, 2015, by Allen C. Browne of Silver Spring, Maryland. • Kevin W. was the editor who published this page.
Share this page.