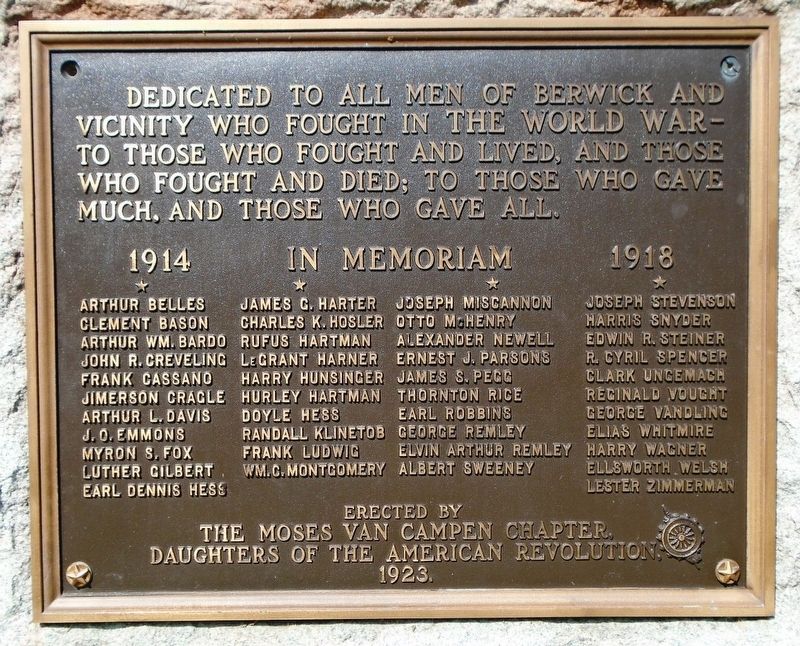 Erected 1923 by the Moses Van Campen Chapter, Daughters of the American Revolution 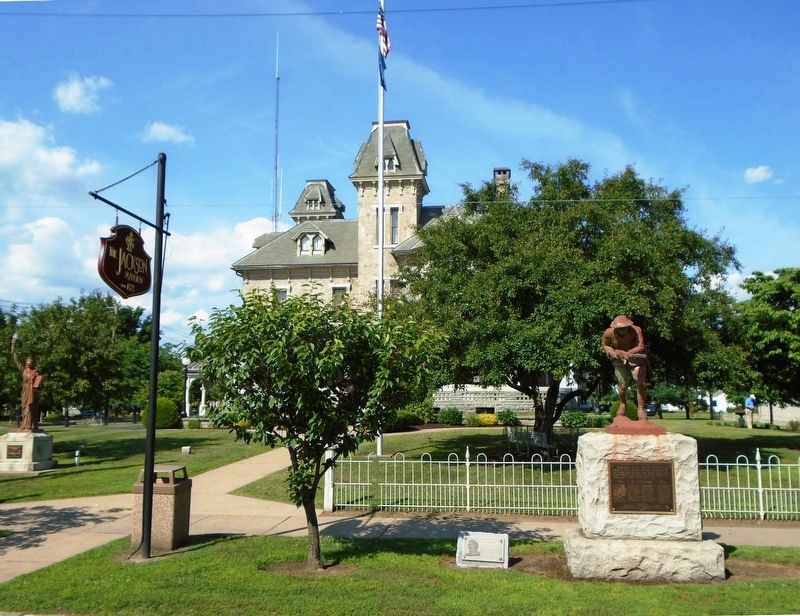 Topics. This memorial is listed in these topic lists: Man-Made Features • Patriots & Patriotism • War, World I.

Location. 41° 3.435′ N, 76° 14.132′ W. Marker is in Berwick, Pennsylvania, in Columbia County. Memorial is on Market Street north of 4th Street, on the right when traveling north. Monument is adjacent to the Jackson Mansion grounds. Touch for map. Marker is at or near this postal address: 344 North Market Street, Berwick PA 18603, United States of America. Touch for directions. 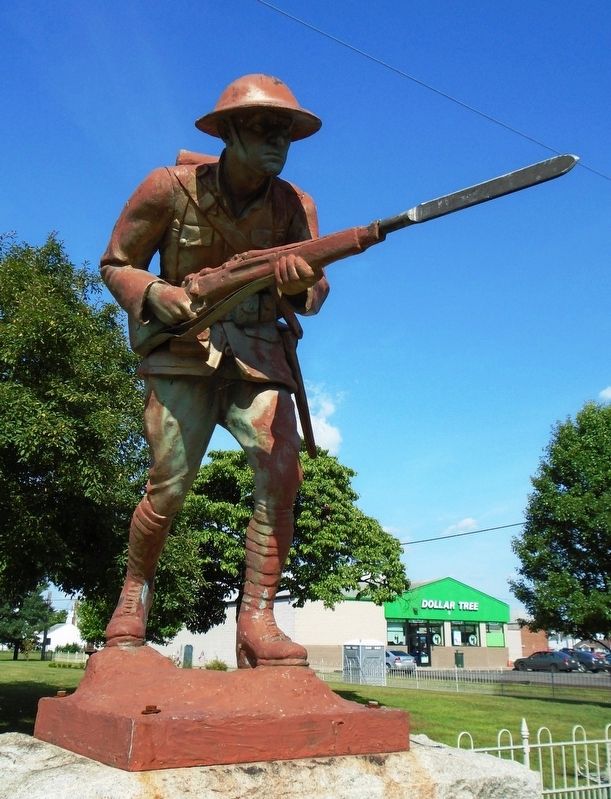 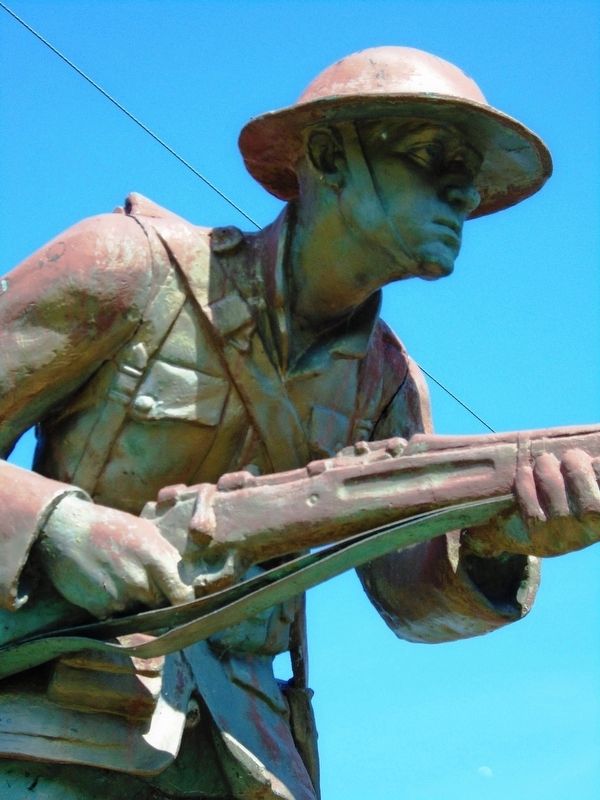