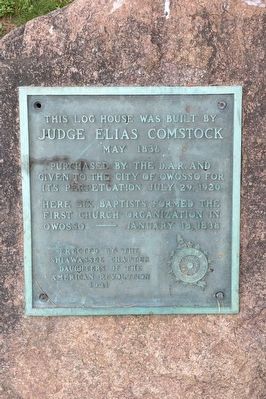 Photographed By Joel Seewald, June 23, 2018
1. Judge Elias Comstock Marker
Inscription.
Judge Elias Comstock. . , This log house was built by Judge Elias Comstock , , May 1836 , , Purchased by the D.A.R. and given to the city of Owosso for its perpetuation July 29, 1920 , , Here six Baptists formed the first church organization in Owosso , January 18, 1838 . This historical marker was erected in 1921 by Shiawassee Chapter Daughters of the American Revolution. It is in Owosso in Shiawassee County Michigan

This log house was built by Judge Elias Comstock

Purchased by the D.A.R. and given to the city of Owosso for its perpetuation July 29, 1920

Erected 1921 by Shiawassee Chapter Daughters of the American Revolution.

Topics and series. This historical marker is listed in this topic list: Churches & Religion. In addition, it is included in the Daughters of the American Revolution (DAR) series list. A significant historical date for this entry is January 18, 1838.

Location. 42° 59.942′ N, 84° 10.53′ W. Marker is in Owosso, Michigan, in Shiawassee County. Marker is on Curwood Castle Drive north of Bradley Street, on the right when traveling north. Touch for map. Marker is in this post office area: Owosso MI 48867, United States of America. Touch for directions. 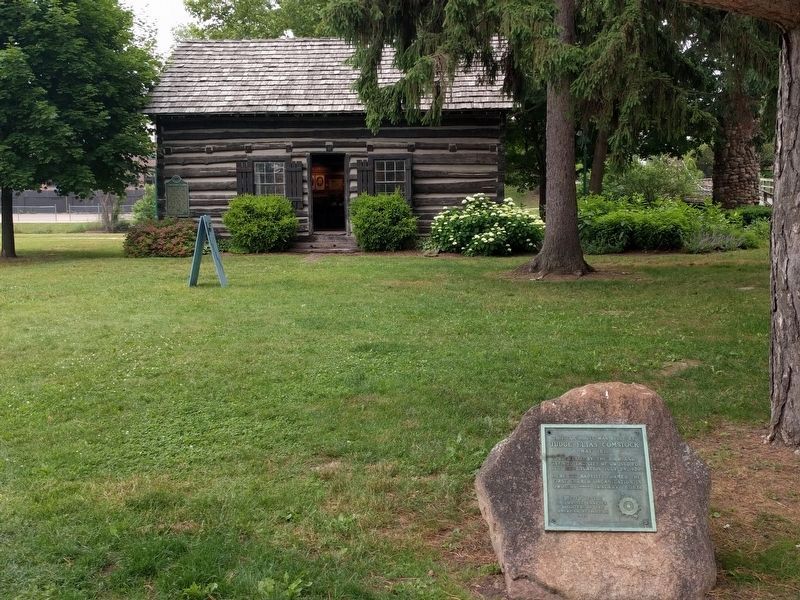 Click or scan to see
this page online
(within shouting distance of this marker); Walk of History (about 500 feet away, measured in a direct line); The First House in Owosso (about 700 feet away); Birthplace of Thomas Edmund Dewey (about 700 feet away); L. B. Quackenbush Post Memorial (approx. 0.2 miles away). Touch for a list and map of all markers in Owosso. 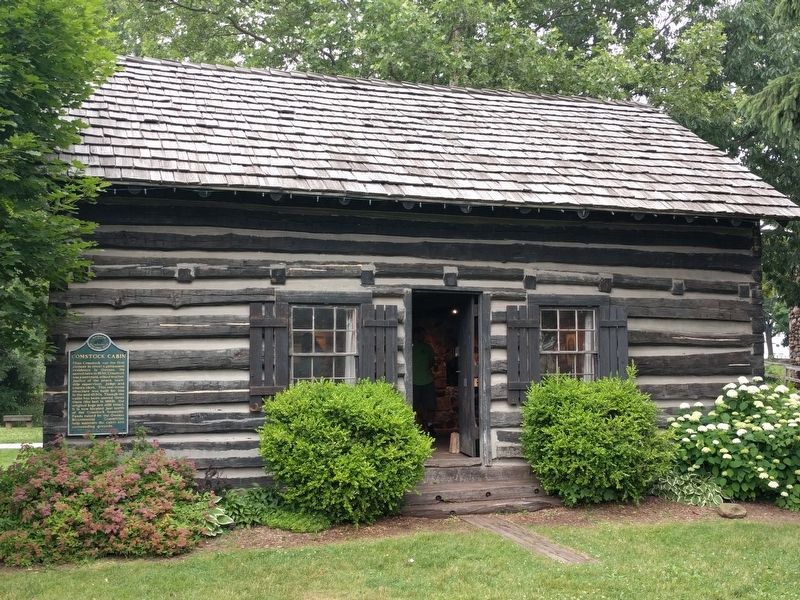