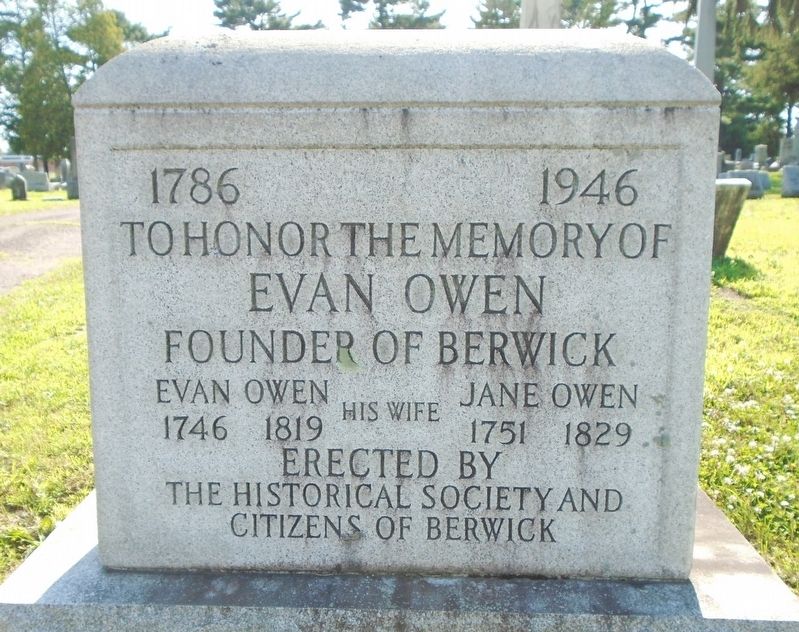 Evan Owen 1746 1819 His wife Jane Owen 1751 1829. . This historical marker was erected in 1946 by Historical Society and Citizens of Berwick. It is in Berwick in Columbia County Pennsylvania

To honor the memory of
Evan Owen
Founder of Berwick

Erected 1946 by Historical Society and Citizens of Berwick.

Location. 41° 3.557′ N, 76° 14.261′ W. Marker is in Berwick, Pennsylvania, in Columbia County. Marker is at the intersection of Market Street and 8th Street, on the left when traveling north on Market Street. Monument is just inside the Pine Grove Cemetery entrance. Touch for map. Marker is in this post office area: Berwick PA 18603, United States of America. Touch for directions. 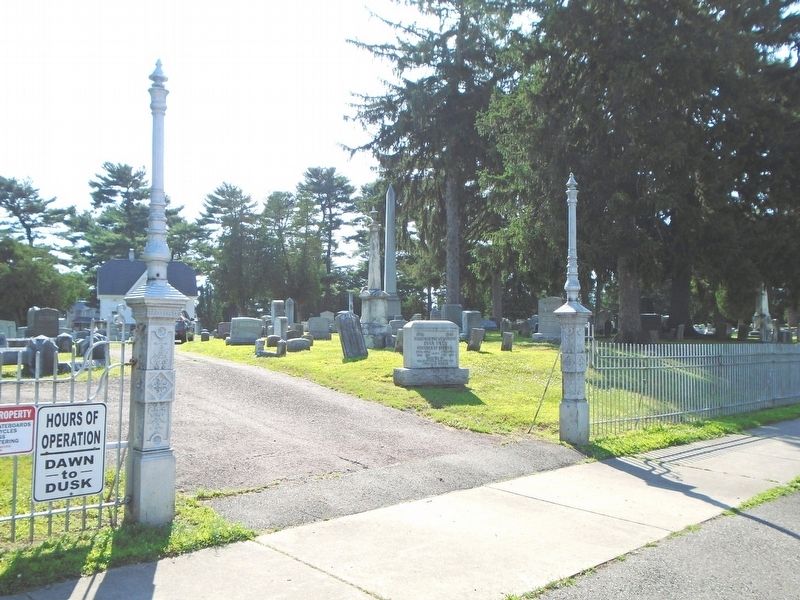