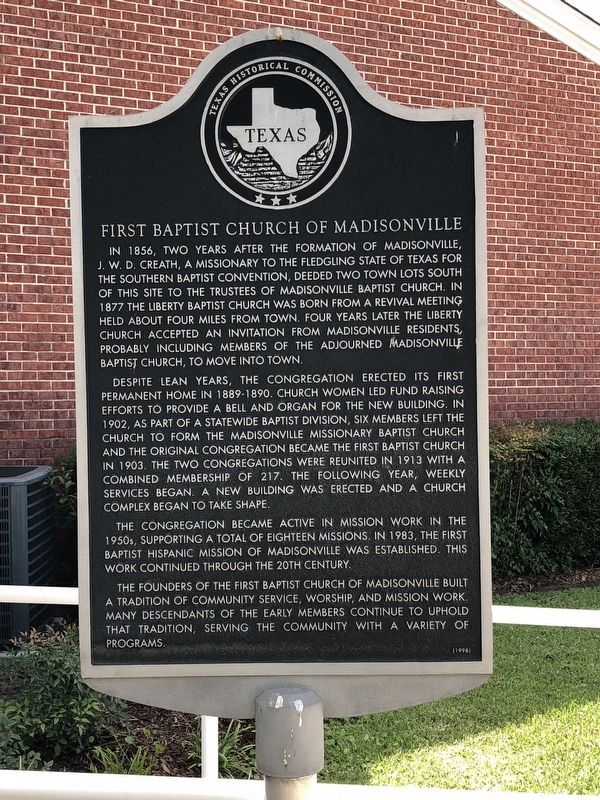 Despite lean years, the congregation erected its first permanent home in 1889-1890. Church women led fund raising efforts to provide a bell and organ for the new building. In 1902, as part of a statewide Baptist division, six members left the church to form the Madisonville Missionary Baptist church and the original congregation became the First Baptist Church in 1903. The two congregations were reunited in 1913 with a combined membership of 217. The following year, weekly services began. A new building was erected and a church complex began to take shape.

The congregation became active in mission work in the 1950s, 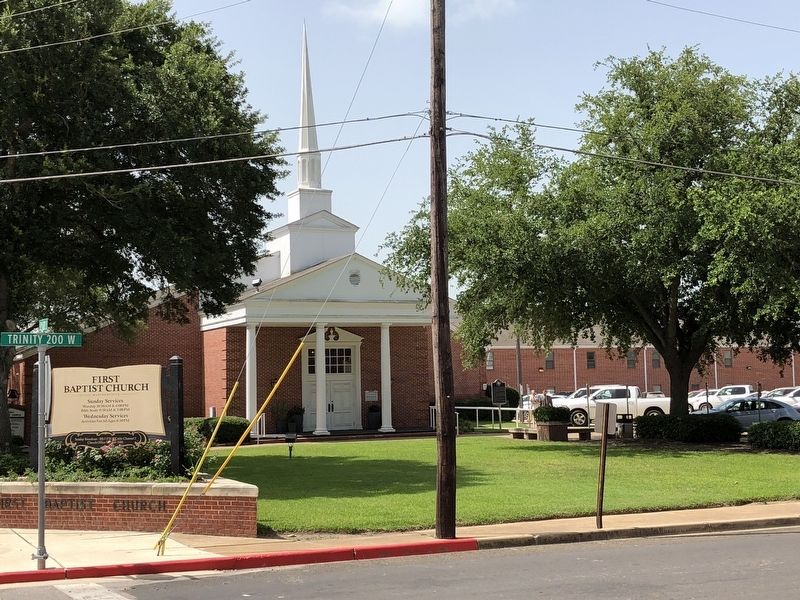 The founders of the First Baptist Church of Madisonville built a tradition of community service, worship and mission work. Many descendants of the early members continue to uphold that tradition, serving the community with a variety of programs.

Other nearby markers. At least 5 other markers are within 13 miles of this marker, measured as the crow flies. Truman Kimbro (within shouting distance of this marker); Jubal Richard Parten (approx. 0.3 miles away); Wilson Chapel Methodist Church (approx. half a mile away); Madison County (approx. 0.9 miles away); El Camino Real (approx. 13.1 miles away).
Credits. This page was last revised on July 3, 2018. It was originally submitted on July 2, 2018, by Brian Anderson of Atascocita, Texas. This page has been viewed 67 times since then and 10 times this year. Photos:   1, 2. submitted on July 2, 2018, by Brian Anderson of Atascocita, Texas. • Andrew Ruppenstein was the editor who published this page.
Share This Page.