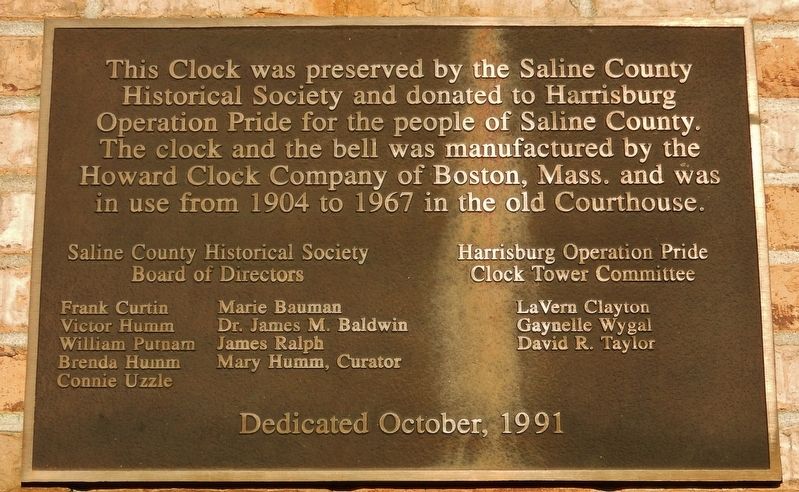 This Clock was preserved by the Saline County Historical Society and donated to Harrisburg Operation Pride for the people of Saline County. The clock and the bell was manufactured by the Howard Clock Company of Boston, Mass. and was in use from 1904 to 1967 in the old Courthouse. 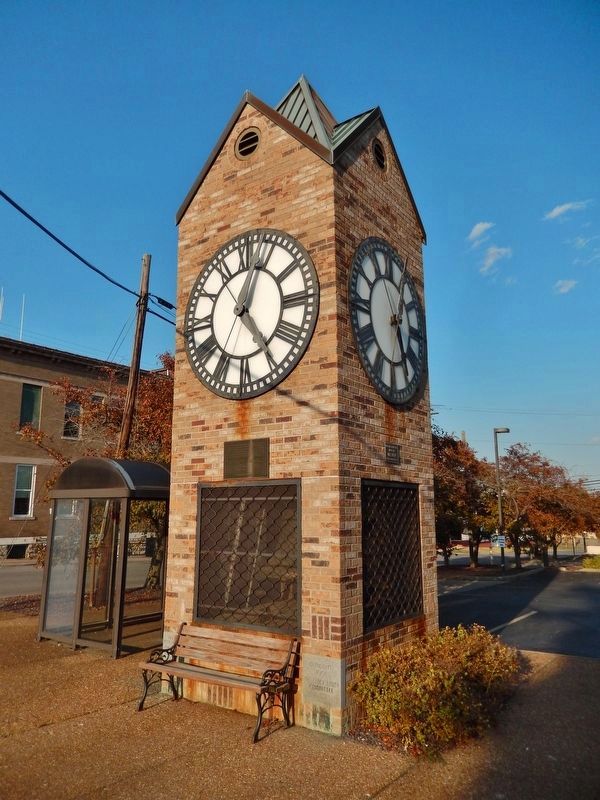 Also see . . .  The Five Courthouses of Saline County (Illinois). (1) By the end of 1848, Saline County's first courthouse was complete; it was a simple frame building, and it grew inadequate so rapidly that (2) a brick replacement was erected and opened in early 1854. 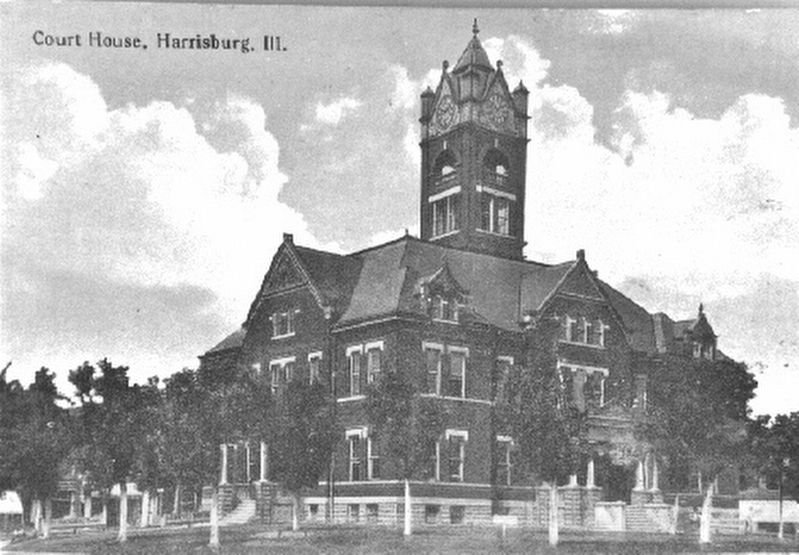 3. Saline County Courthouse circa 1917 (showing clock tower with this clock in place)
With the transfer of county seat status to Harrisburg, plans for a (3) new courthouse were laid beginning in early 1859, and the third courthouse opened around New Year's, 1861. It was a Greek Revival structure with Doric columns and a portico on the facade. It was removed in 1904 in order to construct a (4) larger courthouse, three stories high with an attached clock tower, and this building in turn was removed in 1967 to permit the completion of (5) the current courthouse. Unlike the artistic previous courthouses, the current and fifth courthouse is a plain Modernist structure with windowless brick walls and a recessed main entrance atop a shallow flight of stairs. (Submitted on July 2, 2018, by Cosmos Mariner of Cape Canaveral, Florida.) 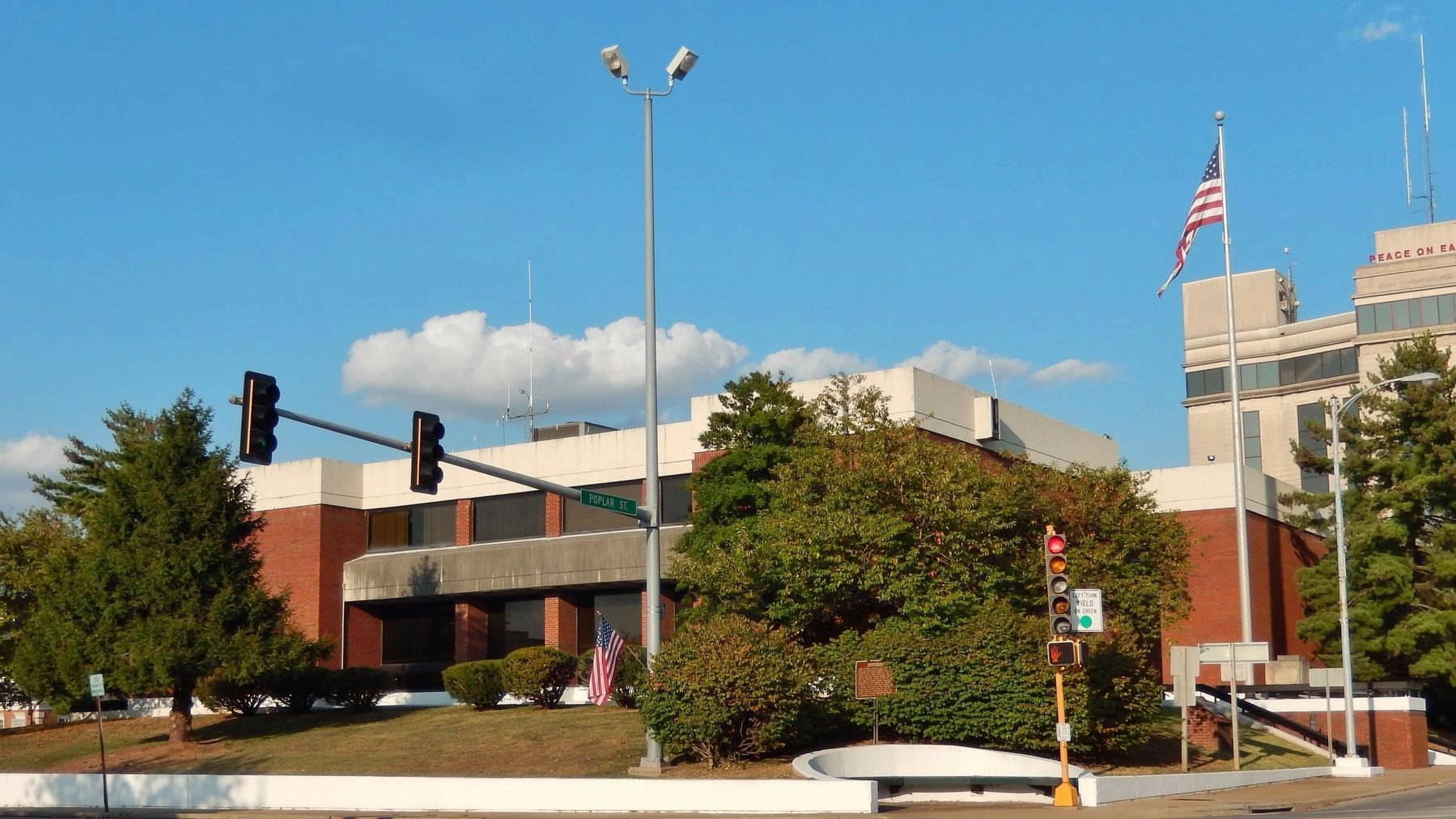