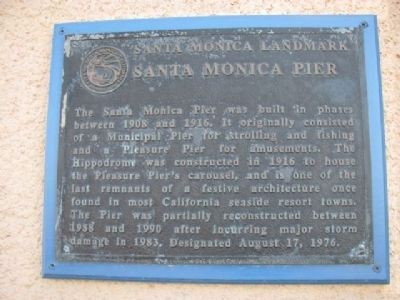 The Santa Monica Pier was built in phases between 1908 and 1916. It originally consisted of a Municipal Pier for strolling and fishing and a Pleasure Pier for amusements. The Hippodrome was constructed in 1916 to house the Pleasure Pier's carousel, and is one of the last remnants of a festive architecture once found in most California seaside resort towns. The Pier was partially reconstructed between 1988 and 1990 after incurring major storm damage in 1983. Designated August 17, 1976.

Erected by City of Santa Monica.

Location. 34° 0.61′ N, 118° 29.779′ W. Marker is in Santa Monica, California, in Los Angeles County. Marker can be reached from Colorado Avenue, on the left when traveling west. Touch for map. Marker is at or near this postal address: 200 Santa Monica Pier, Santa Monica CA 90401, United States of America. Touch for directions.

Other nearby markers. At least 8 other markers are within walking distance of this marker. The Santa Monica Pier Carousel (here, next to this marker); Rapp’s Saloon (approx. ¼ mile away); Will Rogers Highway 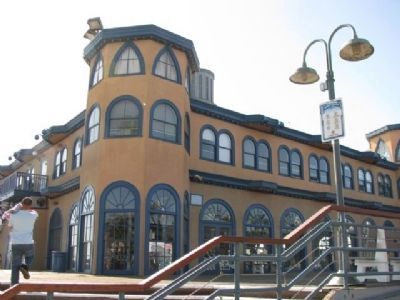 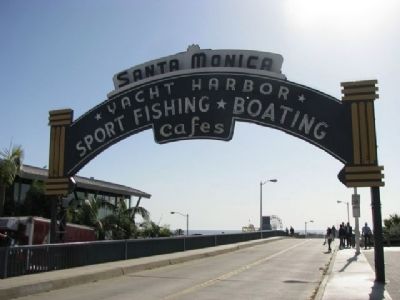 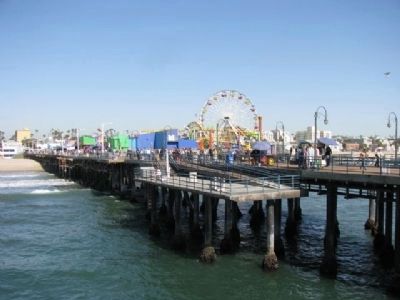 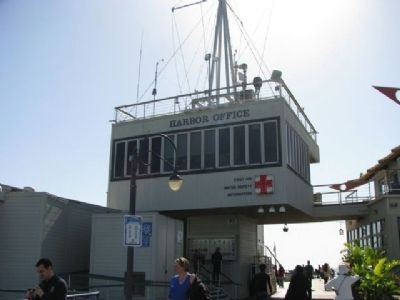 By Denise Boose, March 8, 2010
5. Santa Monica Pier History Board
Located right under the Harbor Office next to the restrooms. 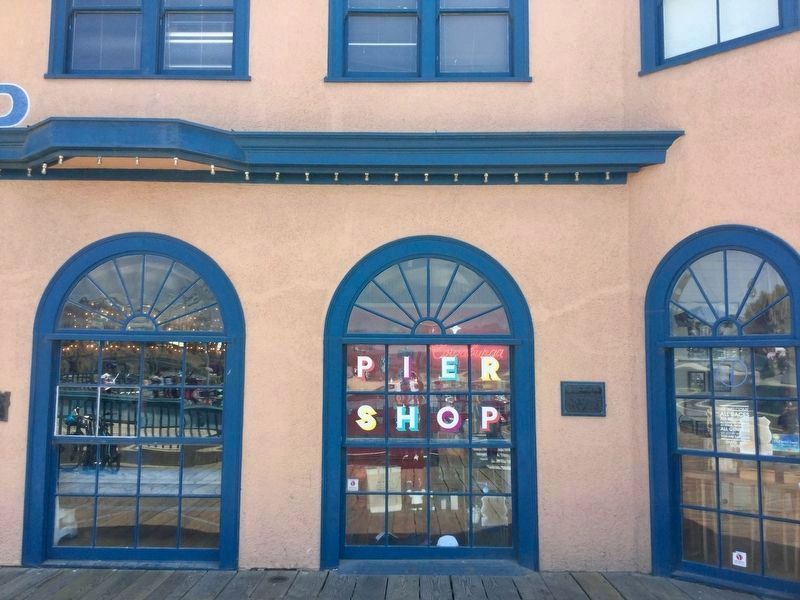 By Craig Baker, July 2, 2018
6. Santa Monica Pier Marker
The marker is near the entrance to the merry-go-round. 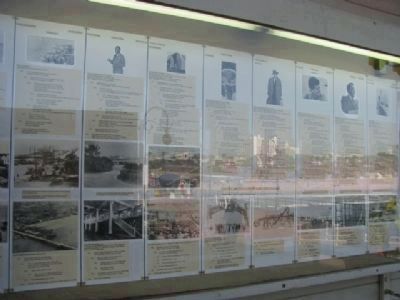 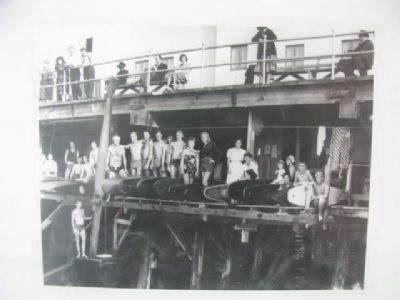 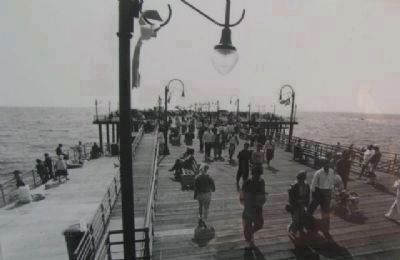 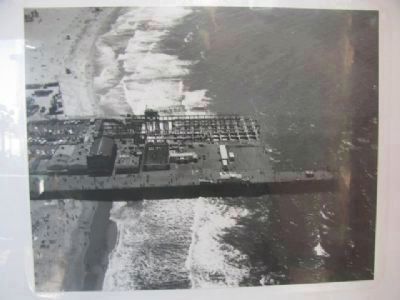 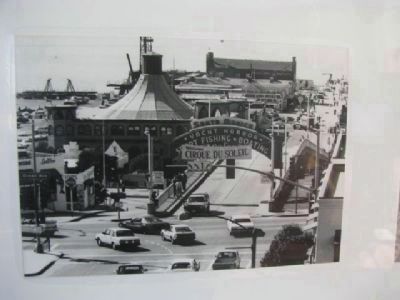 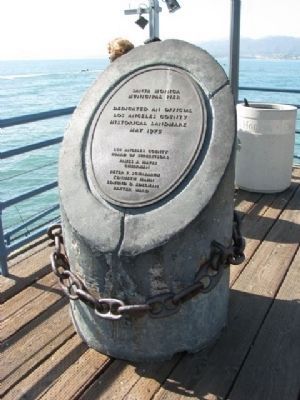 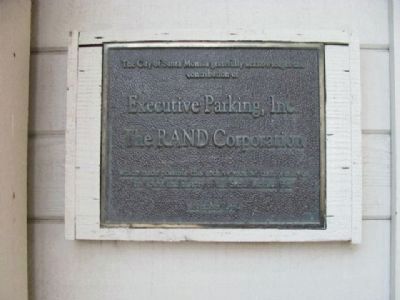 By Denise Boose, March 8, 2010
13. Santa Monica Pier Plaque
The City of Santa Monica gratefully acknowledges its contribution of Executive Parking, Inc., The Rand Corporation, which made possible this archive exhibit that preserves the spirit and history of the Santa Monica Pier. November 1992. 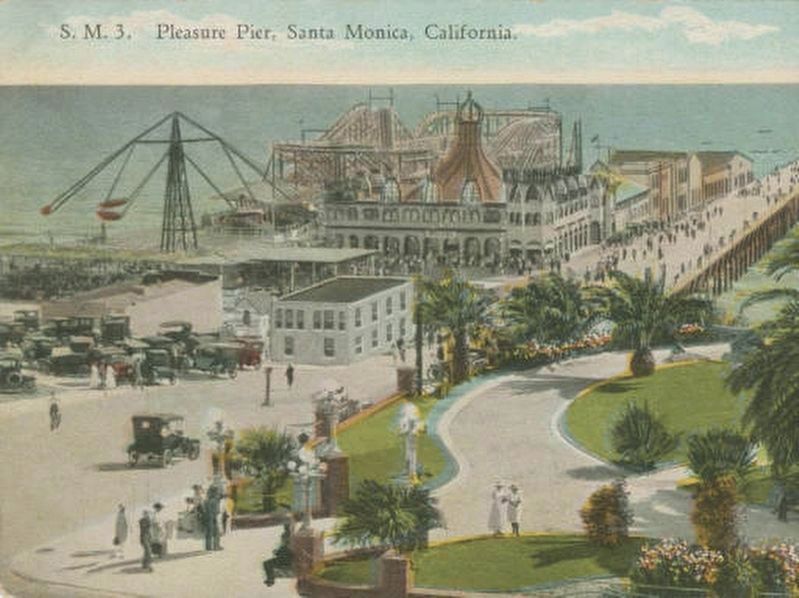