Neocorus of the Cult of the Emperor at Smyrna 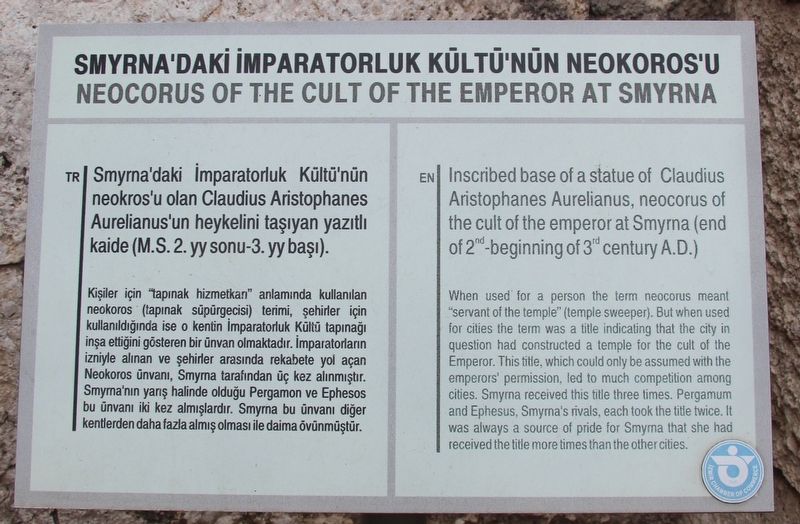 By Dale K. Benington, June 16, 2018
1. Neocorus of the Cult of the Emperor at Smyrna Marker
Inscription.
. This historical marker was erected by Izmir Chamber of Commerce. It is in Izmir Izmir Province Turkey

Inscribed base of a statue of Claudius Aristophanes Aurelianus, neocorus of the cult of the emperor at Smyrna (end of 2nd beginning of 3rd century A.D.).

When used for a person the term neocorus meant "servant of the temple" (temple sweeper). But when used for cities the term was a title indicating that the city in question had constructed a temple for the cult of the Emperor. This title, which could only be assumed with the emperors' permission, led to much competition among cities. Smyrna received this title three times. Pergamum and Ephesus, Smyrna's rivals, each took the title twice. It was always a source of pride for Smyrna that she had received the title more times than other cities. 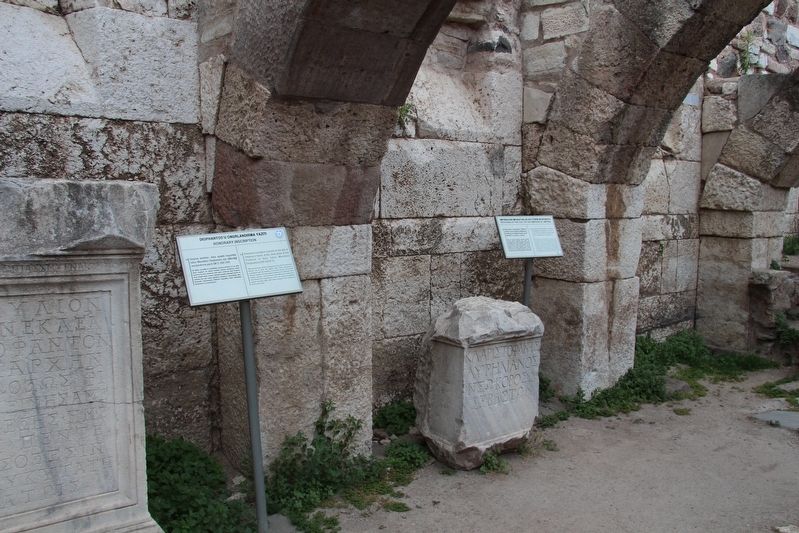