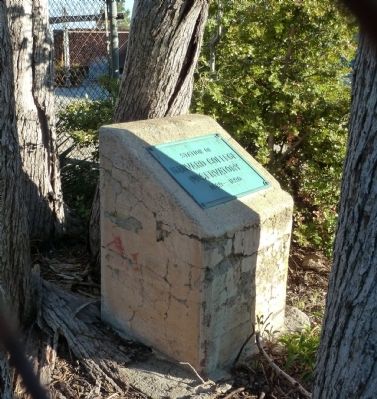 Topics. This historical marker is listed in this topic list: Science & Medicine. A significant historical year for this entry is 1890.

Location. 34° 13.447′ N, 118° 3.781′ W. Marker is near Pasadena, California, in Los Angeles County. Marker is on Mt. Wilson Road, on the right when traveling south. Marker is just inside the fenced-off complex of television and radio antennas, just before you get to the main parking lot on Mount Wilson. Touch for map. Marker is in this post office area: Pasadena CA 91107, United States of America. Touch for directions. 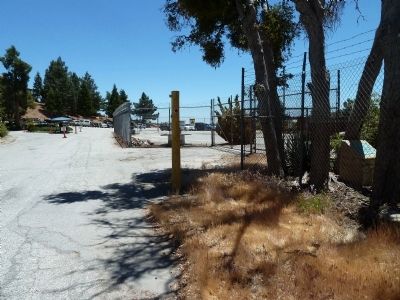 Photographed By Roger W. Sinnott, June 5, 2012
2. Wider View Looking Southeast
The plaque can be seen just inside the chain-link fence at extreme right. On the road ahead is the main parking lot serving the summit of Mount Wilson.

Click or scan to see
this page online
(approx. 3.4 miles away); World’s Largest Blossoming Plant (approx. 3.7 miles away); Mount Wilson Trail (approx. 3.9 miles away). Touch for a list and map of all markers in Pasadena.

Regarding Harvard’s Mount Wilson Station. During the late 19th century, barely a trail existed up Wilson’s Peak, the 5,700-foot mountain overlooking Pasadena and Los Angeles, California. Getting up or down was a five-hour trek for hikers and mules. Nevertheless, Edward Pickering, director of Harvard College Observatory, decided to see if the mountain would make a good site for an astronomical observatory. He sent his brother William (who was also an astronomer) and Alvan G. Clark, of the noted telescope-making firm Alvan Clark & Sons, to spend the night of January 23, 1889, at the summit. Following their favorable report, in May 1889 Harvard set up a 13-inch photographic telescope there, and during the next year and a half this instrument provided fine photographs of Moon, planets, Orion Nebula, and star clusters on just about every clear night.

Although Pickering failed in his efforts to secure permanent title to the land for Harvard, the short-lived station proved that Wilson’s Peak had the frequent clear skies and air 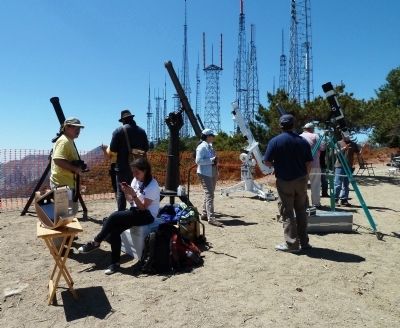 Photographed By Roger W. Sinnott, June 5, 2012
3. Site of Harvard Station Today
Giant radio and TV towers mark the location of the old Harvard astronomical station on Mount Wilson today. In the foreground, members of the Antique Telescope Society gathered to observe the transit of Venus across the disk of the Sun on June 5, 2012. This is the only transit of Venus ever observed from Mount Wilson, because the one in 2004 was best seen from Europe, Africa, or Asia, and in 1882 (the next Venus transit before that) Mount Wilson was wilderness.
quality needed for serious astronomical work. In commemoration, Pickering erected this brass plaque in 1910. In a sense, the pioneering station had paved the way for George Ellery Hale, with funding from Andrew Carnegie, to establish the far more famous Mount Wilson Observatory that is still in operation at the summit. 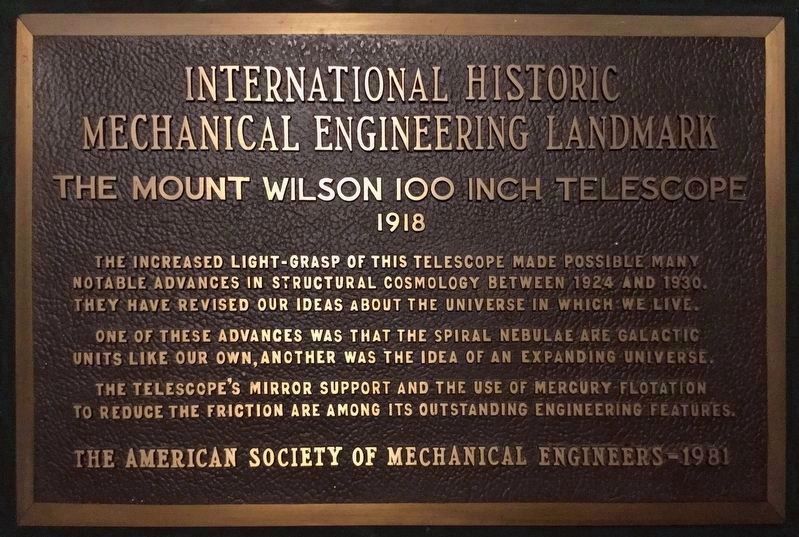 Photographed By Craig Baker, July 1, 2018
4. Nearby Marker, 100 Inch Telescope
Located inside the dome of the 100 inch telescope. 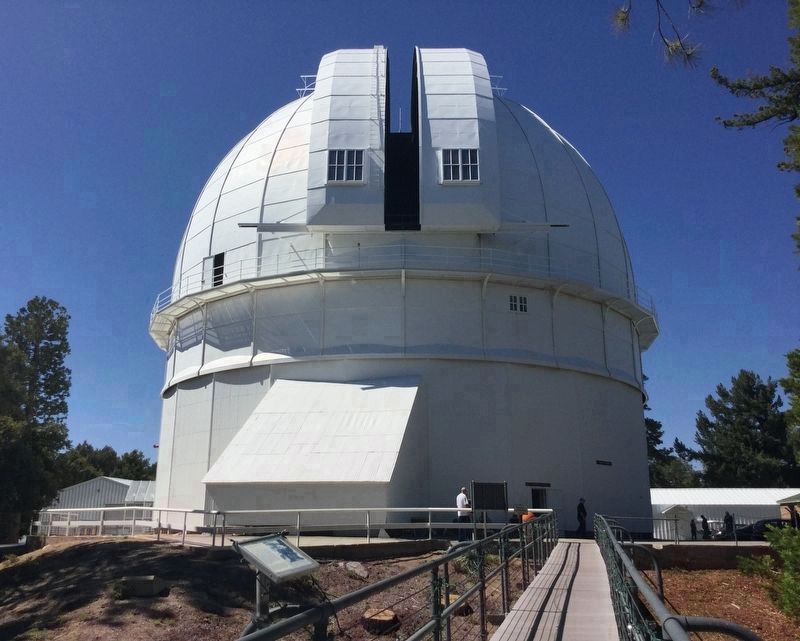 Photographed By Craig Baker, June 30, 2018
5. 100 Inch Telescope Dome
This is where Edwin Hubble proved the universe extends beyond the Milky Way galaxy, and the universe is expanding. 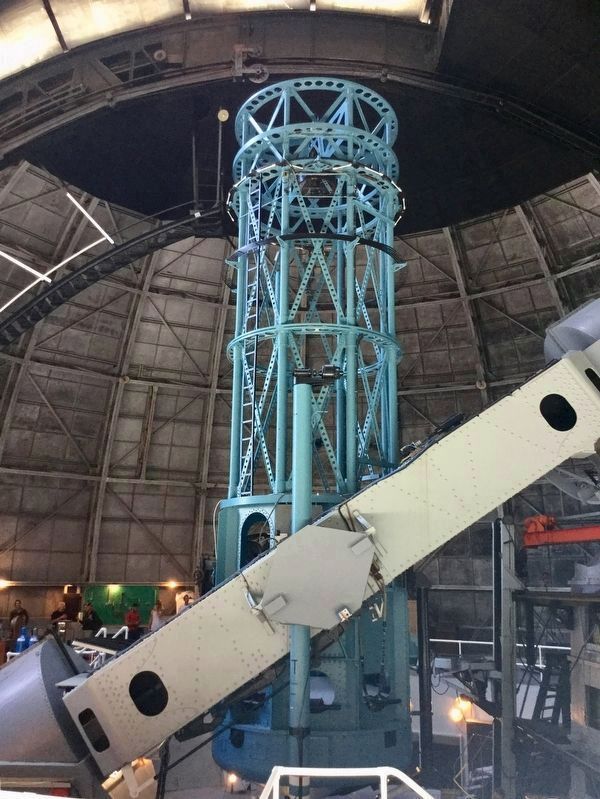