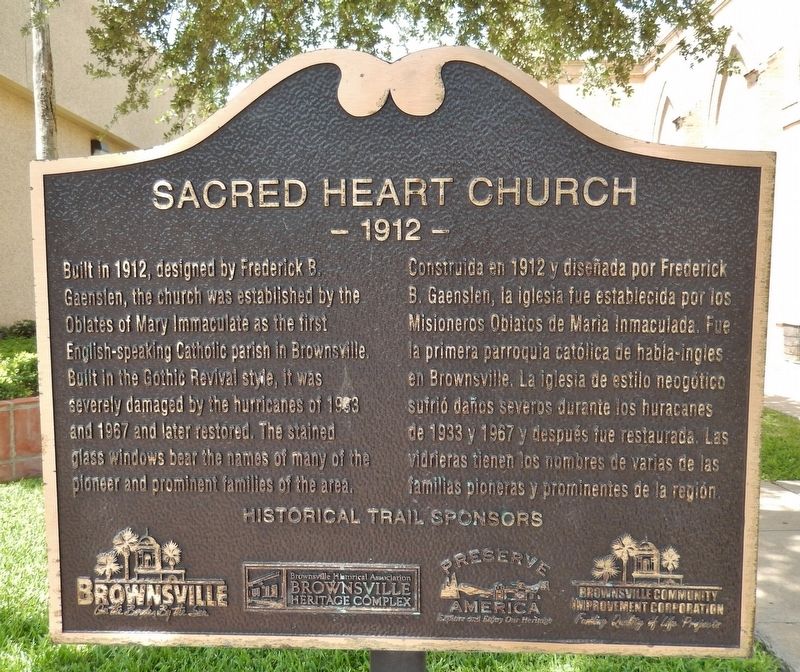 (English)
Built in 1912, designed by Frederick B. Gaenslen, the church was established by the Oblates of Mary Immaculate as the first English-speaking Catholic parish in Brownsville. Built in the Gothic Revival style, it was severely damaged by the hurricanes of 1963 and 1967 and later restored. The stained glass windows bear the names of many of the pioneer and prominent families of the area.

Topics. This historical marker is listed in these topic lists: Architecture • Churches & Religion • Disasters. A significant historical year for this entry is 1912. 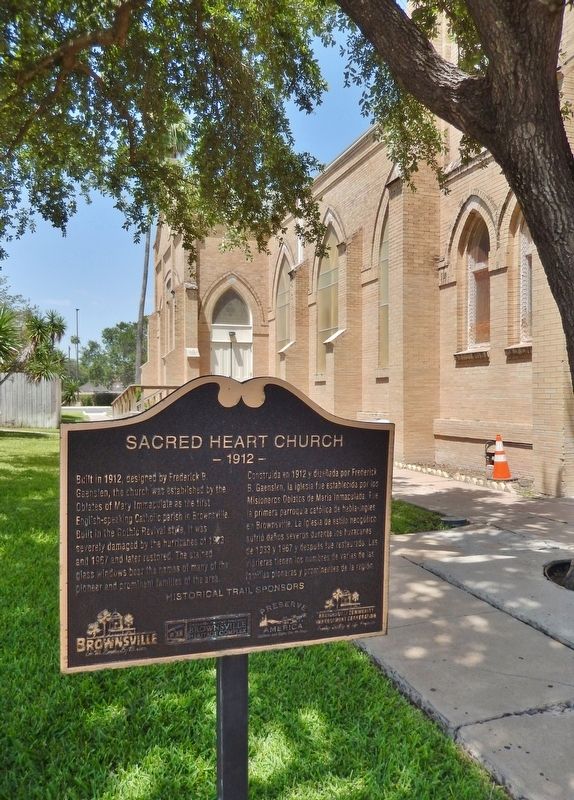 More about this marker. Marker is in the Brownsville Historical Trail series.

Also see . . .
1. Hurricane Cindy (1963). Hurricane Cindy was the first hurricane to form in the Gulf of Mexico since 1960. Cindy developed within a trough as a tropical storm in the Gulf of Mexico on 16 September. The disturbance swiftly intensified to hurricane strength, with a distinct eye becoming visible on satellite imagery as it drifted north-northwestwards toward the Texas coastline. Despite favorable conditions, with high sea surface temperatures, the storm only intensified into a Category 1 hurricane. (Submitted on July 5, 2018, by Cosmos Mariner of Cape Canaveral, Florida.) 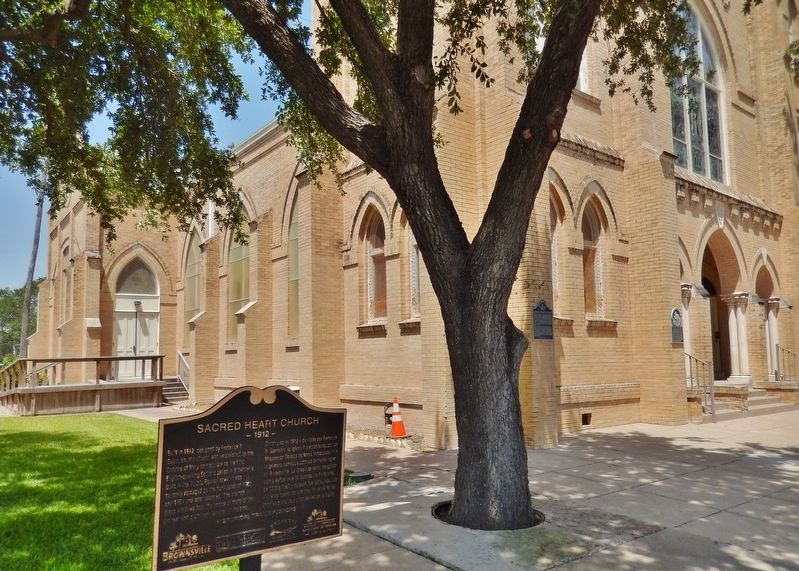 2. Hurricane Beulah (1967). (This link presents details, photos, and video of hurricane Beulah and its aftermath in Brownsville.) In 1967, Hurricane Beulah hit the Texas coast, causing the Rio Grande to overflow its banks and leading to what some called the worst flooding of the 20th century. This Universal Newsreel includes shots of city streets battered by the wind and rain, gulf waters rising, the flooded Brownsville airport, and aerial views of parts of Texas devastated by the storm. (Submitted on July 5, 2018, by Cosmos Mariner of Cape Canaveral, Florida.) 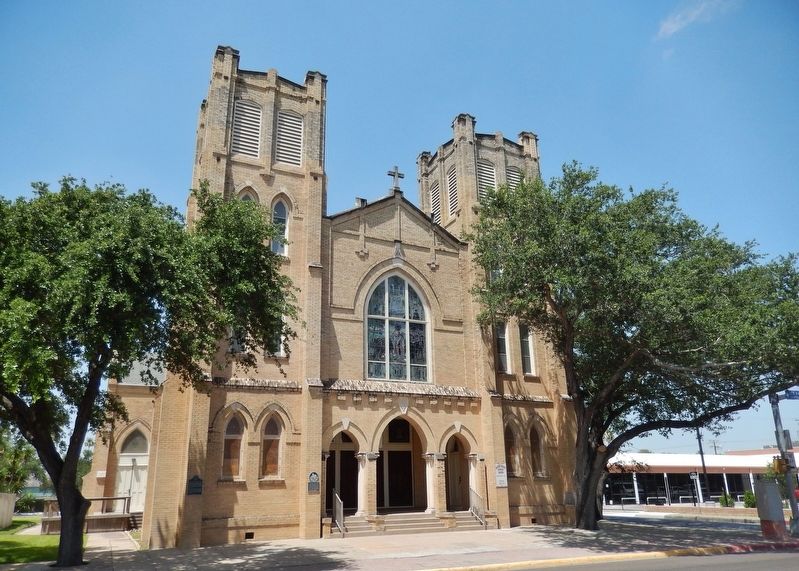