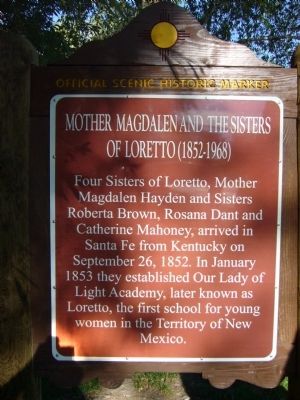 (side one)
Four Sisters of Loretto, Mother Magdalen Hayden and Sisters Roberta Brown, Rosana Dant and Catherine Mahoney, arrived in Santa Fe from Kentucky on September 26, 1852. In January 1853 they established Our Lady of Light Academy, later known as Loretto, the first school for young women in the Territory of New Mexico.

(side two)
Between 1863 and 1879 the Sisters with the help of local people raised funds to build the Loretto Chapel. During the next century, hundreds of women, many of them of Hispanic heritage, joined the Sisters of Loretto. Lucia Perea became the first native-born New Mexican superior at Loretto, Santa Fe in 1896. 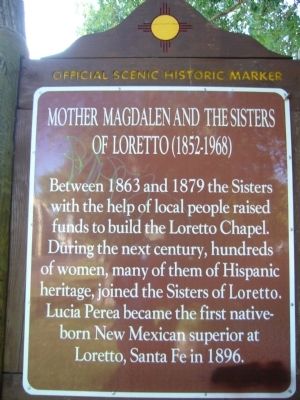 By Bill Kirchner, July 23, 2011
2. Mother Magdalen and the Sisters of Loretto Marker
Back of Marker
41.09′ N, 105° 56.281′ W. Marker is in Santa Fe, New Mexico, in Santa Fe County. Marker is at the intersection of East Alameda Street and Old Santa Fe Trail, on the left when traveling west on East Alameda Street. Marker is on the southwest corner E. Alameda & Old Santa Fe Trail in the small park along the Santa Fe River. Touch for map. Marker is in this post office area: Santa Fe NM 87501, United States of America. Touch for directions.

Also see . . .  History of the Loretto Chapel. “The Chapel was completed in 1878 and has since seen many additions and renovations such as the introduction of the Stations of the Cross, the Gothic altar and the frescos during the 1890s.

“The Miraculous Staircase, which legend says was constructed or inspired by St. Joseph the Carpenter, was built sometime between 1877 and 1881. It took at least six months to build, and has two 360 degree turns with no visible means of support. 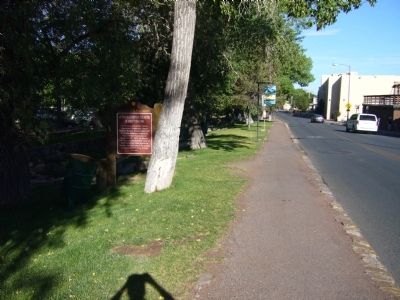 By Bill Kirchner, July 23, 2011
3. Mother Magdalen and the Sisters of Loretto Marker
“The Loretto Academy was closed in 1968, and the property was put up for sale. At the time of sale in 1971, Our Lady of Light Chapel was informally deconsecrated as a Catholic Chapel.

“Loretto Chapel is now a private museum operated and maintained, in part, for the preservation of the Miraculous Staircase and the Chapel itself. ” (Submitted on August 11, 2011, by Bernard Fisher of Mechanicsville, Virginia.) 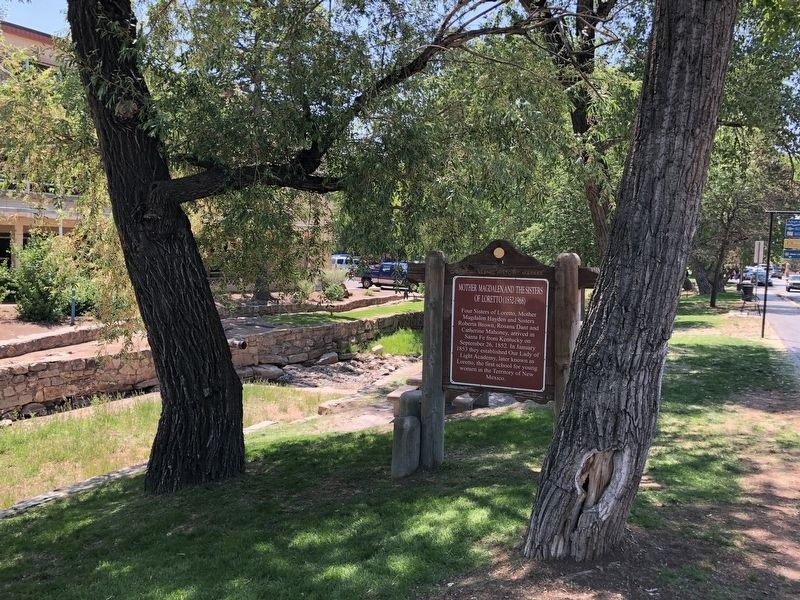 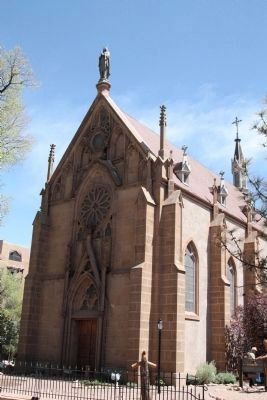 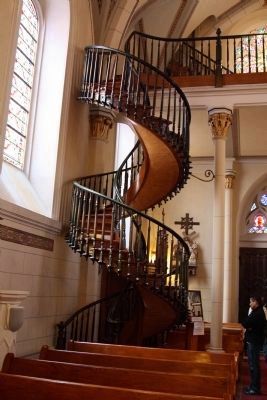