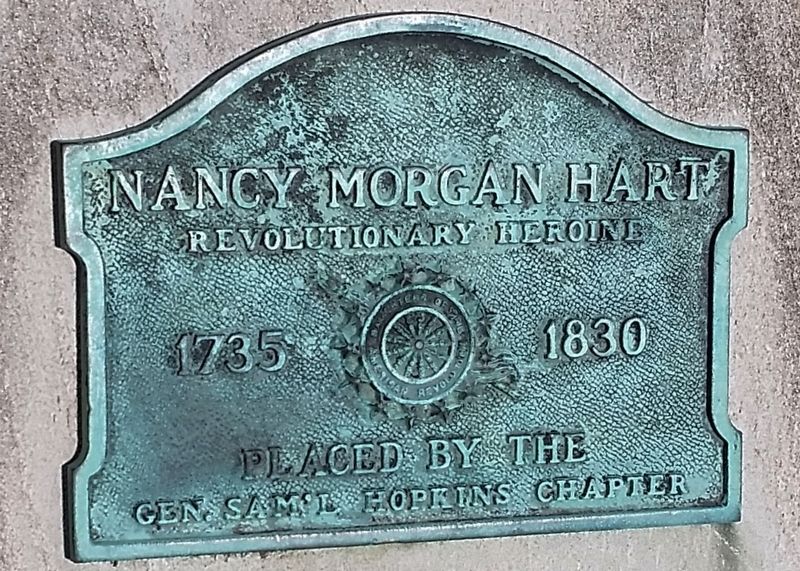 Topics and series. This historical marker is listed in these topic lists: Patriots & Patriotism • War, US Revolutionary • Women. In addition, it is included in the Daughters of the American Revolution (DAR) series list. 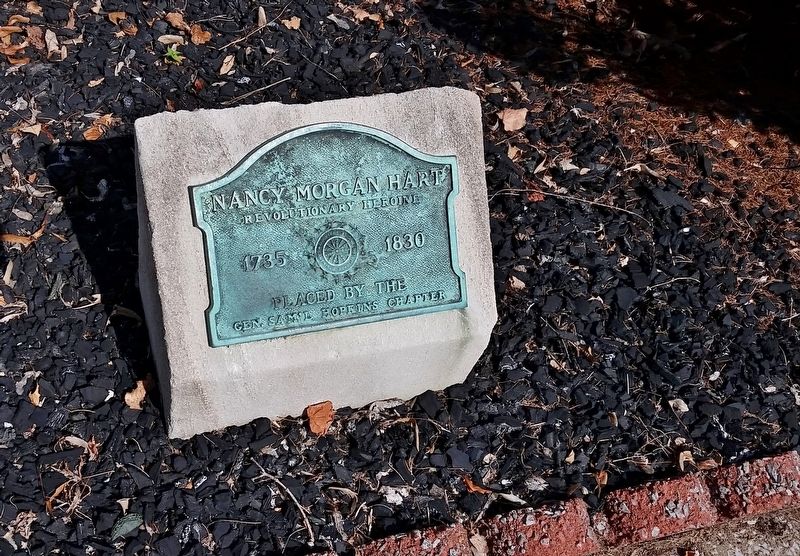 Also see . . .
1. Nancy Morgan Hart. Georgia frontierswoman Nancy Morgan Hart was a legendary hero of the American Revolution who made it her mission to rid the Georgia territory of British Loyalists (Tories). According to various accounts, she captured six, killed one, and oversaw the hanging of five others. She also served as a spy. (Submitted on July 5, 2018, by Cosmos Mariner of Cape Canaveral, Florida.)

2. Nancy Hart (ca. 1735-1830). Georgia's most acclaimed female participant during the Revolutionary War (1775-83) was Nancy Hart. A devout patriot, Hart gained notoriety during the revolution for her determined efforts to rid the area of Tories, English soldiers, and British sympathizers. Her single-handed efforts against Tories and Indians in the Broad River frontier, as 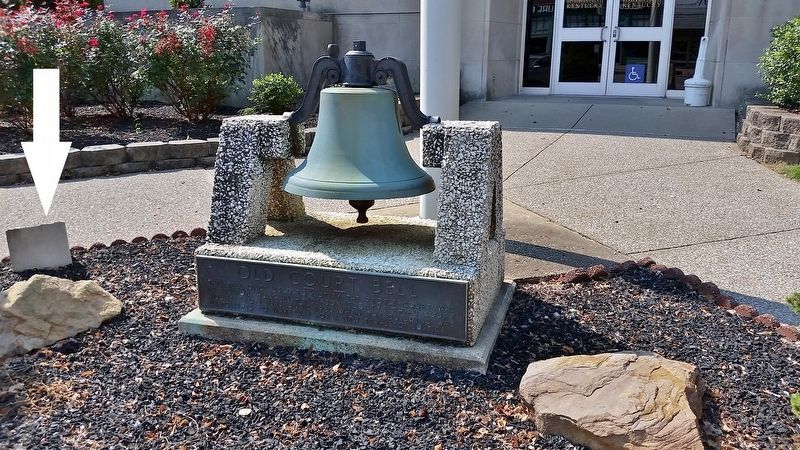 Photographed By Cosmos Mariner, September 17, 2017
3. Nancy Morgan Hart Marker (back side of marker visible at far left)
well as her covert activities as a patriot spy, have become the stuff of myth, legend, and local folklore. (Submitted on July 5, 2018, by Cosmos Mariner of Cape Canaveral, Florida.)

3. Nancy Hart (1735-1830): War Woman. When the American Revolution came to Elbert County, Georgia, Nancy, a Whig and ardent patriot was already being referred to as “Wahatche” or, “War Woman,” by local Native American tribes. She felt it was her duty to eradicate British sympathizers and Tories from the region. With her husband fighting for the Georgia militia, Nancy would often disguise herself as a man and wander into British encampments to gather information regarding troop movements and battle plans. She is also thought to have been an active participant in the Battle of Kettle Creek on February 14, 1779. In one account of her heroism, British forces descended upon her home demanding food. She sat the six soldiers down and began to feed them. During the meal, Nancy caught the troopers by surprise and took all six captive. (Submitted on July 5, 2018, by Cosmos Mariner of Cape Canaveral, Florida.)
Credits. This page was last revised on July 10, 2018. It was originally submitted on July 5, 2018, by Cosmos Mariner of Cape Canaveral, Florida. This page has been viewed 336 times since then and 31 times this year. Photos:   1, 2, 3. submitted on July 5, 2018, by Cosmos Mariner of Cape Canaveral, Florida. • Andrew Ruppenstein was the editor who published this page.
Share this page.