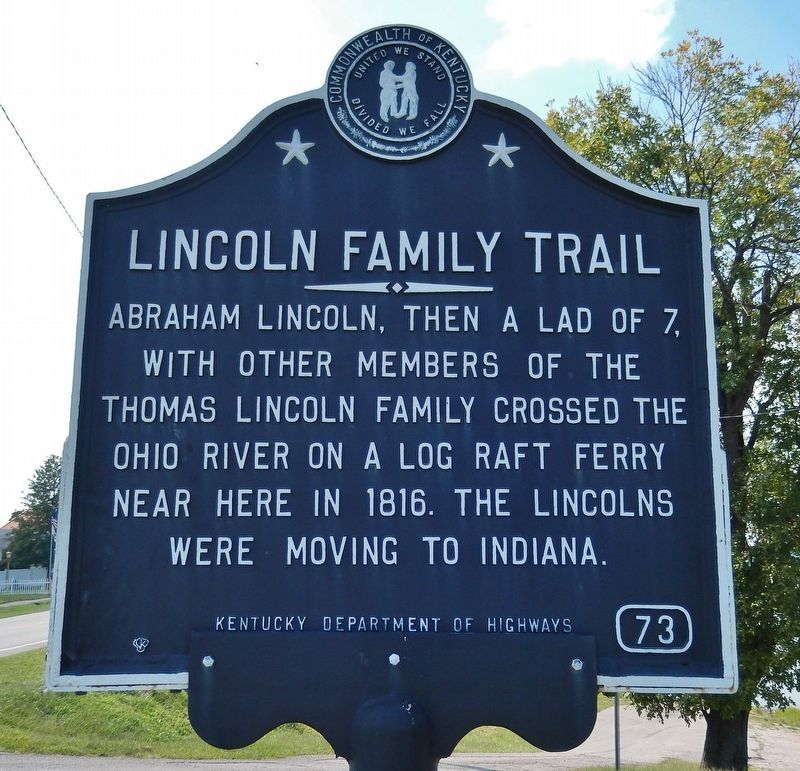 Photographed By Cosmos Mariner, September 17, 2017
1. Lincoln Family Trail Marker
Inscription.
Lincoln Family Trail. . Abraham Lincoln, then a lad of 7, with other members of the Thomas Lincoln family crossed the Ohio River on a log raft ferry near here in 1816. The Lincolns were moving to Indiana. . This historical marker was erected by Kentucky Department of Highways. It is in Cloverport in Breckinridge County Kentucky

Abraham Lincoln, then a lad of 7, with other members of the Thomas Lincoln family crossed the Ohio River on a log raft ferry near here in 1816. The Lincolns were moving to Indiana.

Topics and series. This historical marker is listed in these topic lists: Settlements & Settlers • Waterways & Vessels. In addition, it is included in the Former U.S. Presidents: #16 Abraham Lincoln series list. A significant historical year for this entry is 1816.

Other nearby markers. At least 8 other markers are within 6 miles of this marker, measured as the crow flies. Breckinridge County Veterans Memorial (here, next to this marker); Cloverport Veterans Monument 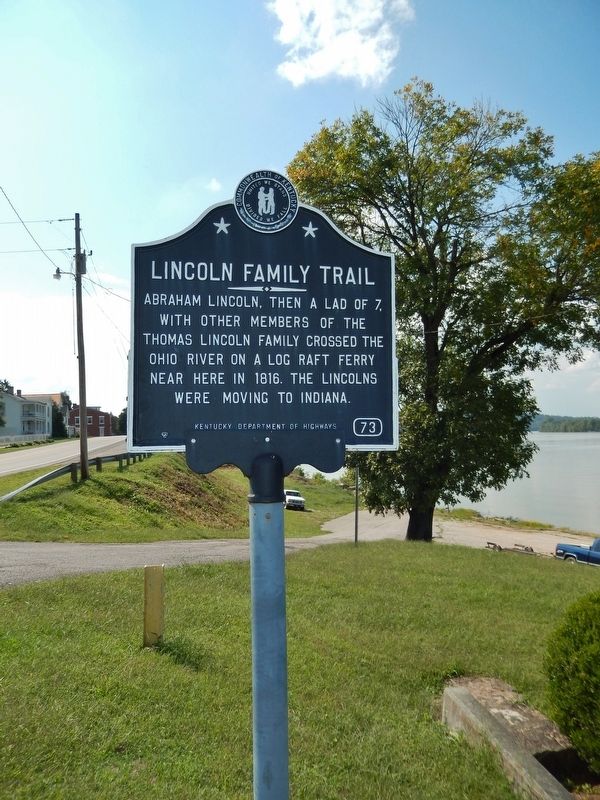 Also see . . .
1. The Lincolns followed the old pioneer trail (established in 1802). The Lincolns left Kentucky by crossing the Ohio River at Cloverport on a log ferry operated by Jacob Weatherholt, from mouth of Clover Creek, through Thompson's Ferry, which operated on the Ohio River in the vicinity of the mouth of Anderson Creek, to Tobinsport, Indiana. The next day, the Lincoln family made their way down to Rock Island (Indiana), and camped at "Lafayette Springs". Next they stopped at Troy, and then on to take up a Federal Land Claim near Little Pigeon Creek in what was then Perry County and is now Spencer County, Indiana. (Submitted on July 6, 2018, by Cosmos Mariner of Cape Canaveral, Florida.) 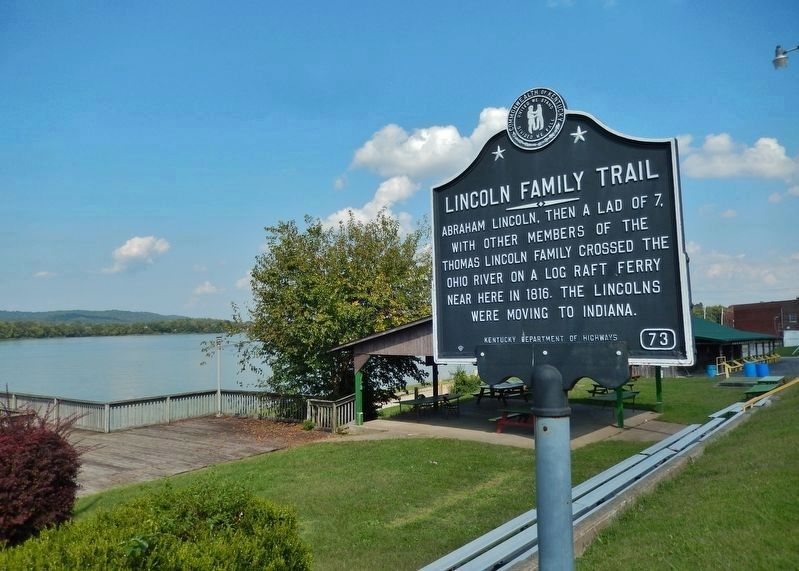 Photographed By Cosmos Mariner, September 17, 2017
3. Lincoln Family Trail Marker (wide view; looking northeast across Ohio River)
Lincoln recounted the reason for this move as “partly on account of slavery; but chiefly on account of the difficulty in land titles in Kentucky.” Challenges to land titles were common in the early years of Kentucky, and the experience of Thomas Lincoln was no exception. Thomas fought to keep his two farms near Hodgenville, Kentucky, but was compelled to vacate each due to the competing claims of other land owners. The westward migration of the Lincoln family was not uncommon, as many Kentucky families moved to the newly organized states of Indiana (1816) and Illinois (1818). (Submitted on July 7, 2018, by Cosmos Mariner of Cape Canaveral, Florida.) 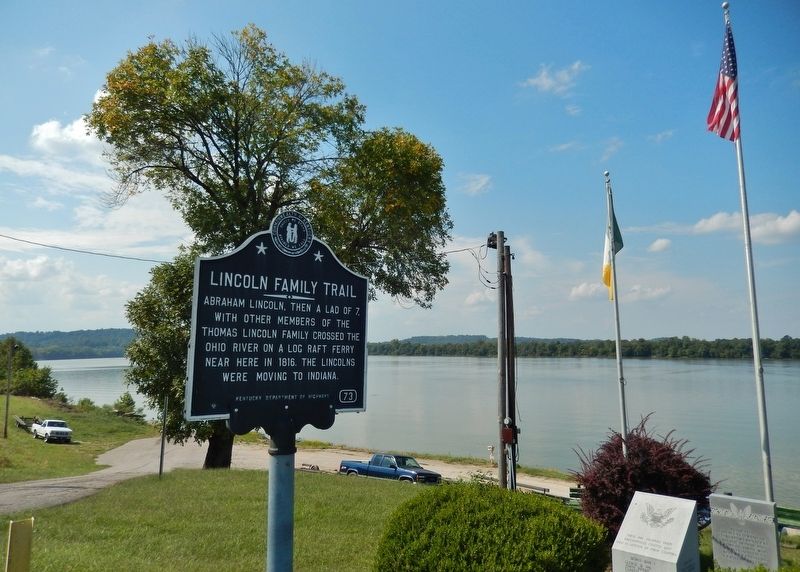