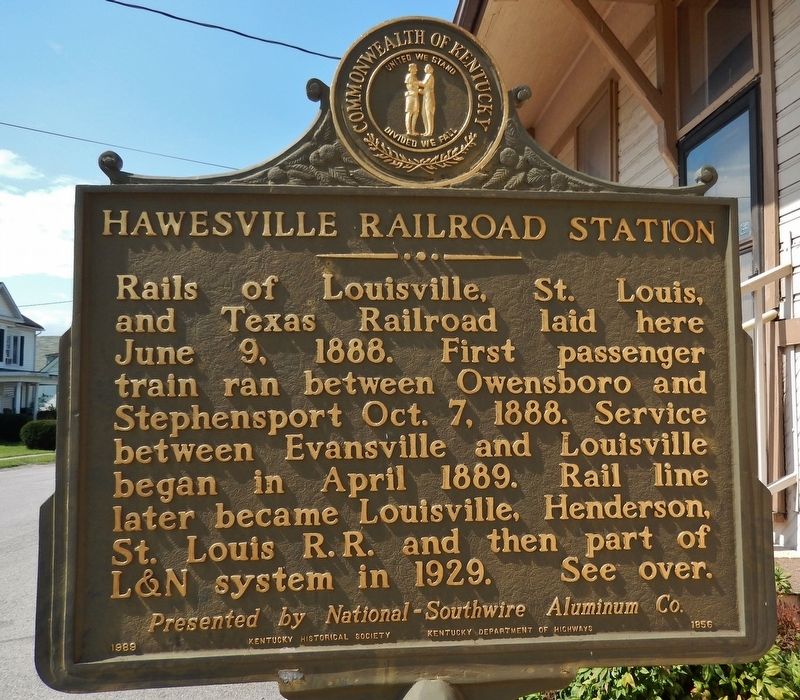 Topics and series. This historical marker is listed in this topic list: Railroads & Streetcars. In addition, it is included in the Former U.S. Presidents: #33 Harry S. Truman series list. 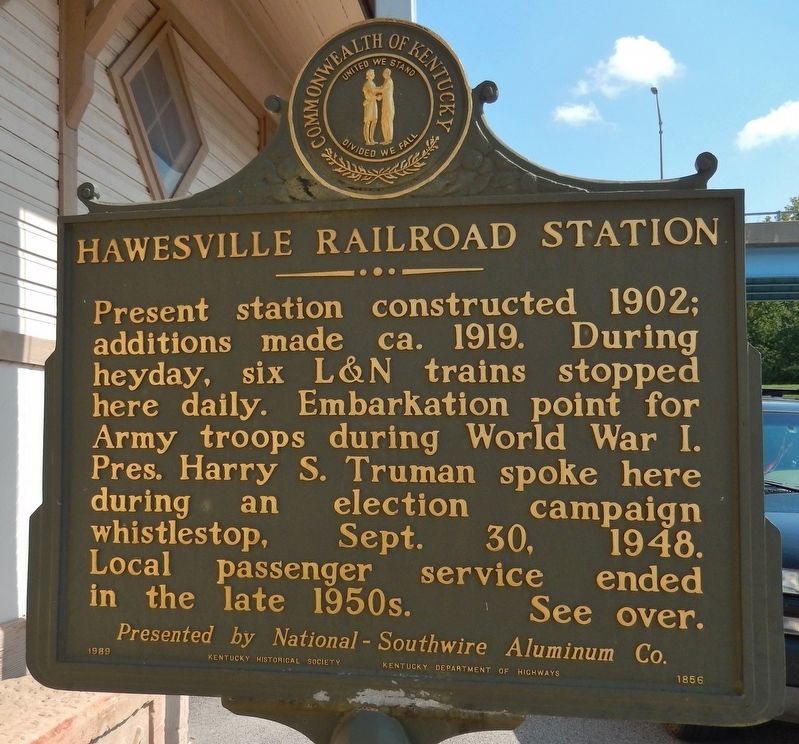 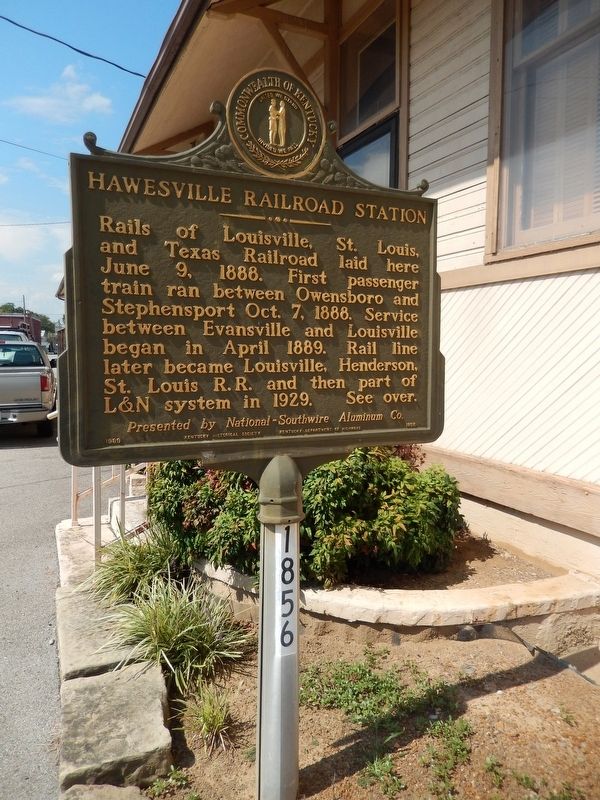 By Cosmos Mariner, September 17, 2017
3. Hawesville Railroad Station Marker (tall view)
passenger train passed through the old station in 1959. The station later served as Hawesville's City Hall for 16 years. In 1981 the town constructed its present city hall building, leaving the depot to fall into disrepair. It was sold to the Hancock County Historical Society for $1 and a lease was signed with CSX Railroad to leave it in intact. The historical society raised funds and used volunteers to restore the building and convert it into the present Hancock County Museum. (Submitted on July 6, 2018, by Cosmos Mariner of Cape Canaveral, Florida.) 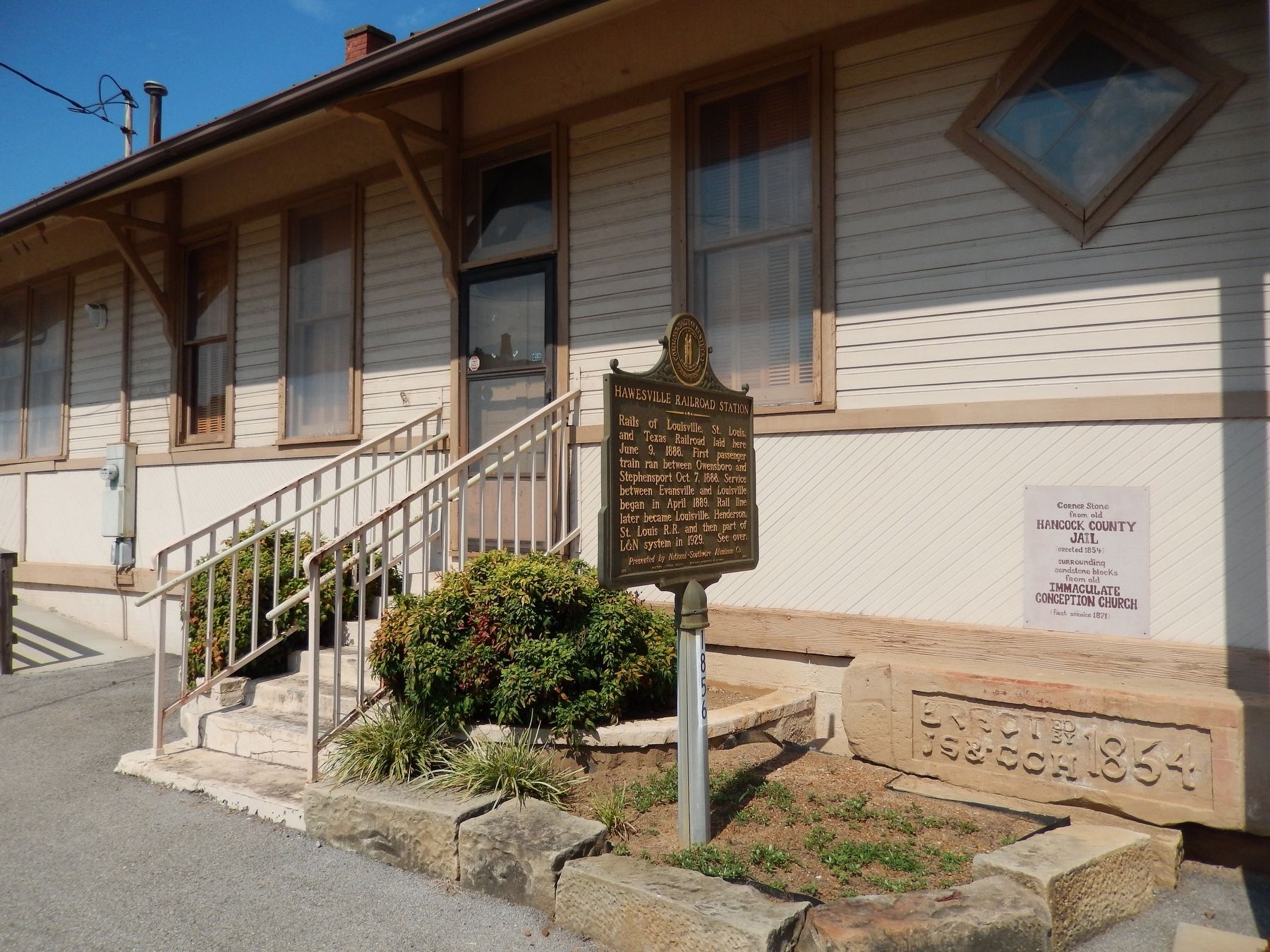 By Cosmos Mariner, September 17, 2017
4. Hawesville Railroad Station Marker (wide view; Hawesville Railroad Station in background)
name continuously for 132 years, it survived civil war and economic depression and several waves of social and technological change. Growth of the railroad continued until its purchase and the tumultuous rail consolidations of the 1980s which led to continual successors. The combined company became CSX Transportation (CSX), which now owns and operates all of the former Louisville and Nashville lines. (Submitted on July 6, 2018, by Cosmos Mariner of Cape Canaveral, Florida.) 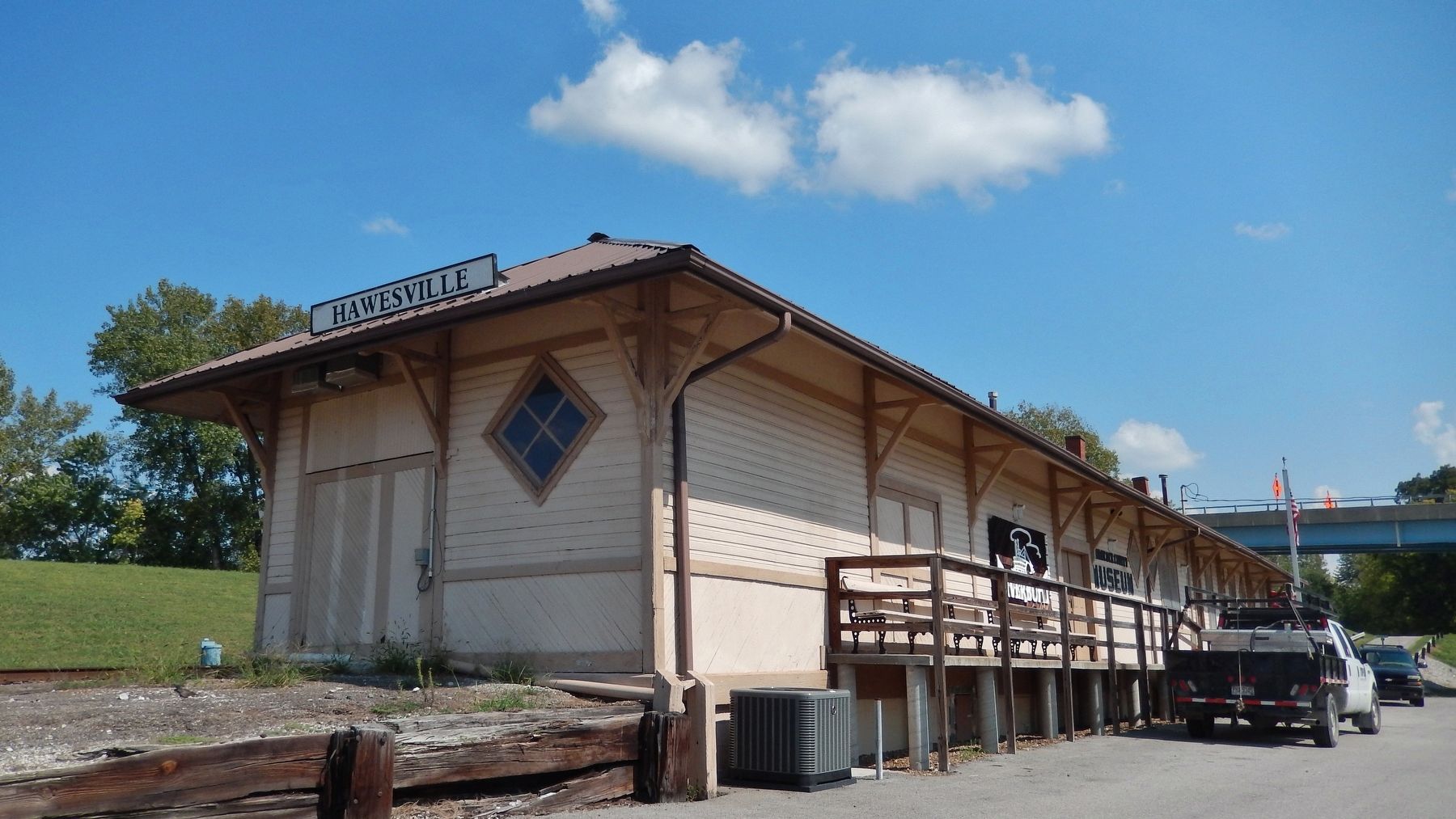 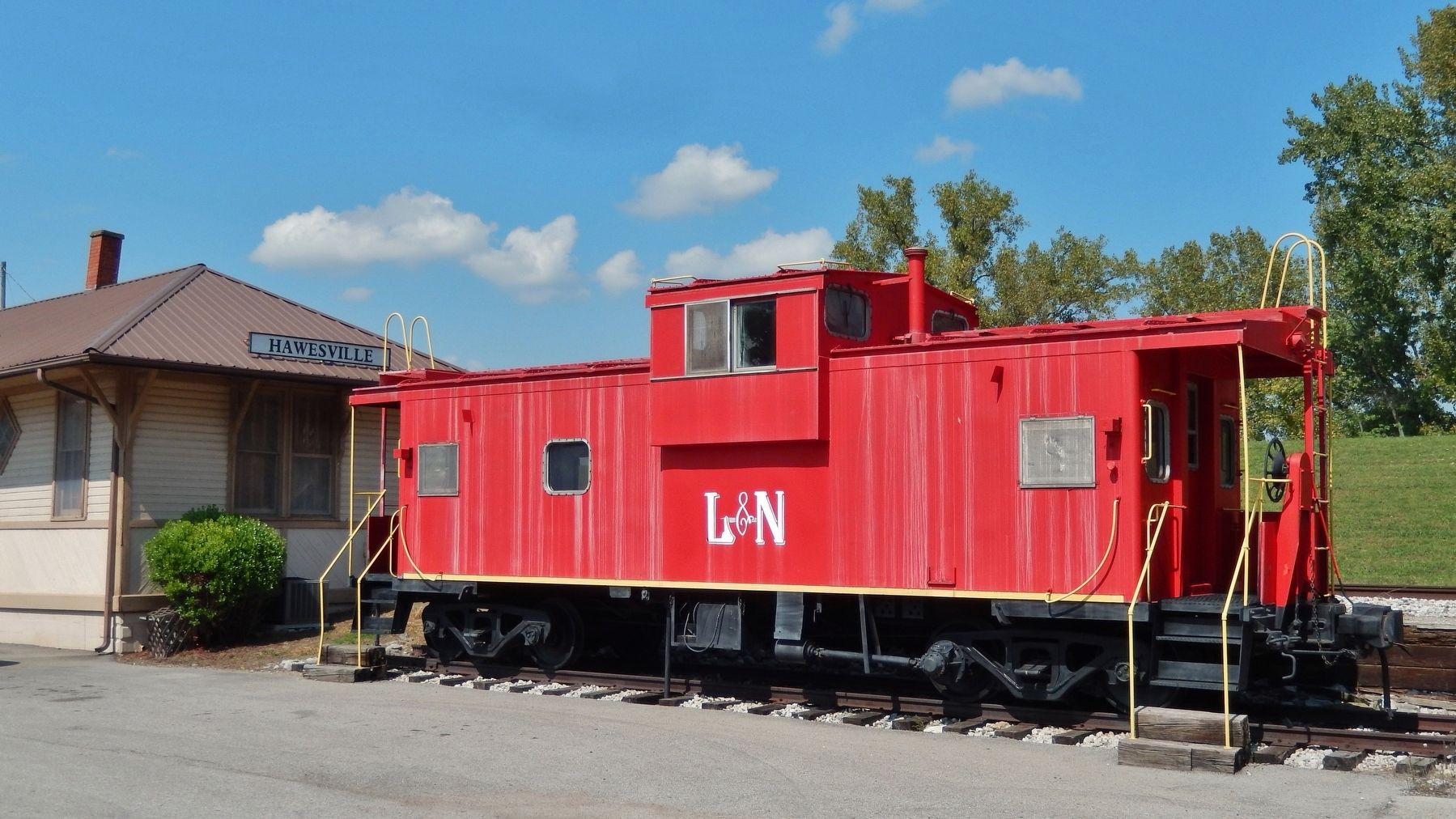