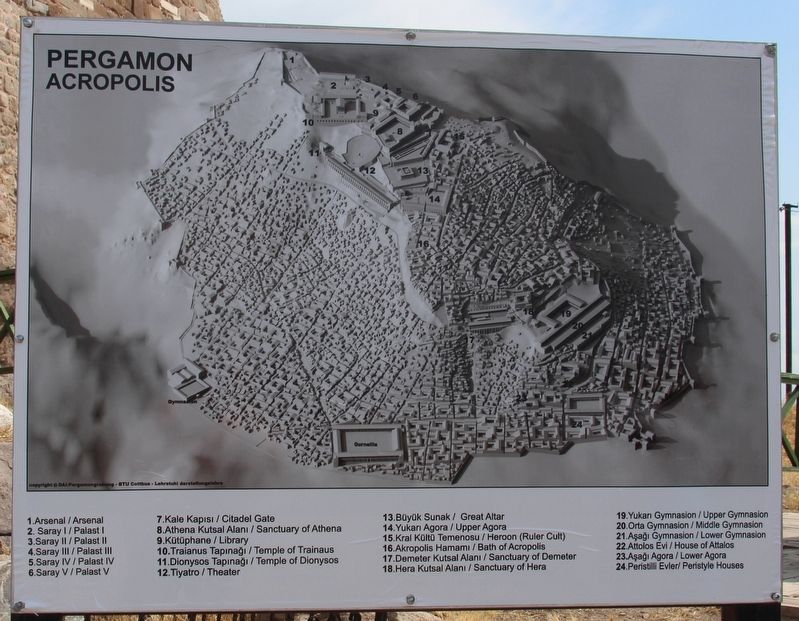 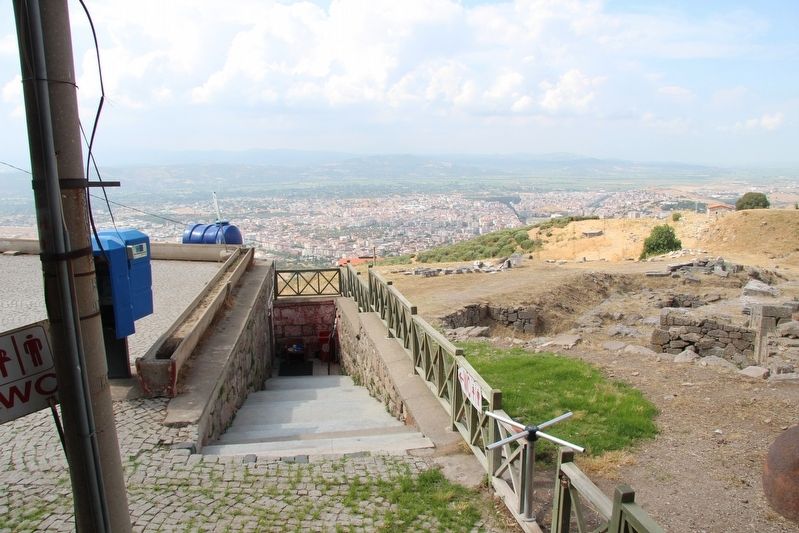 By Dale K. Benington, June 17, 2018
2. Pergamon Acropolis Marker
View of the landscape looking down from the area of the marker.
39° 7.907′ N, 27° 11.123′ E. Marker is in Bergama, Izmir Province. Marker is on Akropol Cd. just north of Kale, on the right when traveling north. This marker is situated in the Pergamum archaeological park, which is located up on the acropolis, that overlooks the residential and business districts beneath it. Touch for map. Marker is in this post office area: Bergama, Izmir Province 35700, Turkey. Touch for directions.

Other nearby markers. At least 1 other marker is within walking distance of this marker. The Temple of Trajan (about 150 meters away, measured in a direct line). 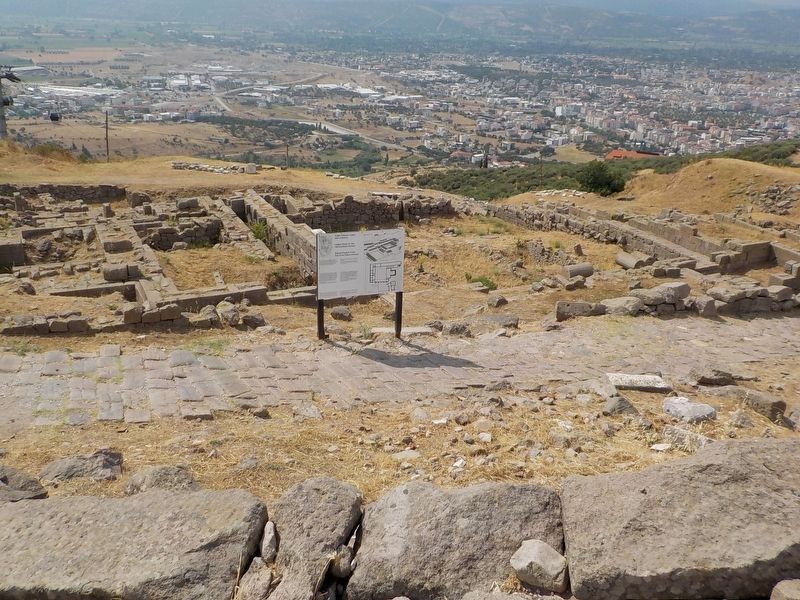 By Dale K. Benington, June 17, 2018
3. Pergamon Acropolis Marker
Another view of the landscape looking down from the area of the marker. 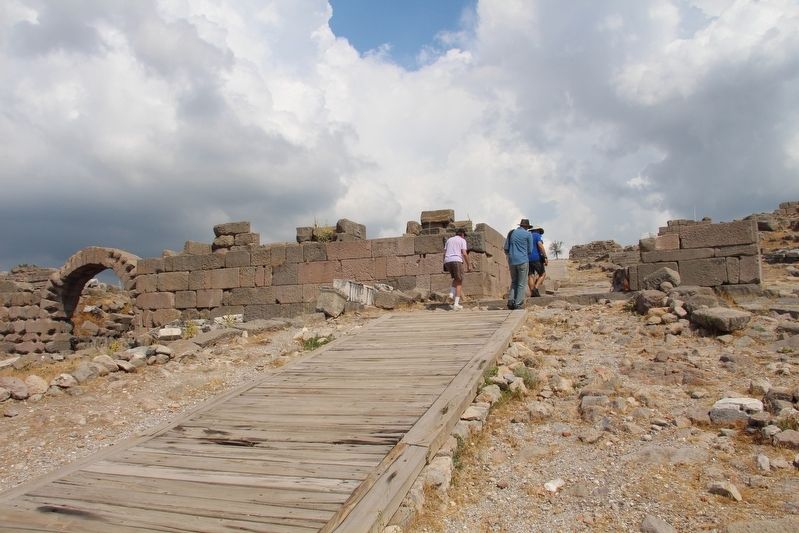 By Dale K. Benington, June 17, 2018
4. Pergamon Acropolis Marker
View looking up towards the top of the acropolis from the area of the marker. 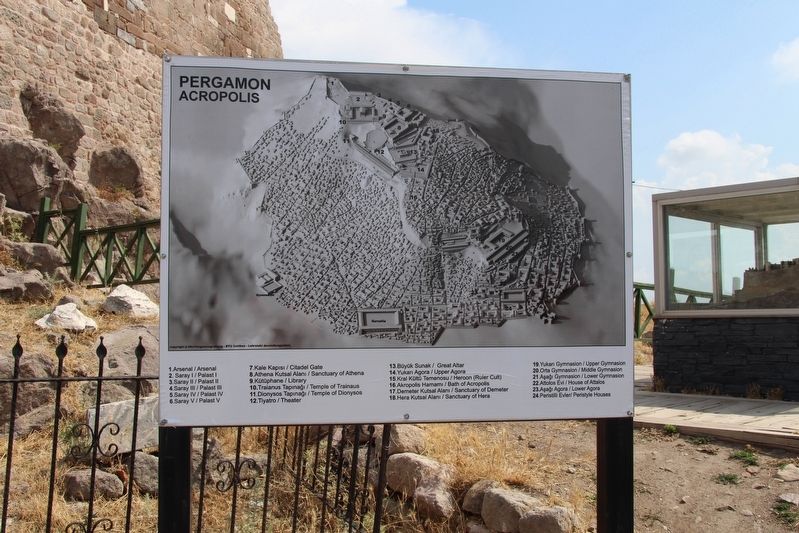