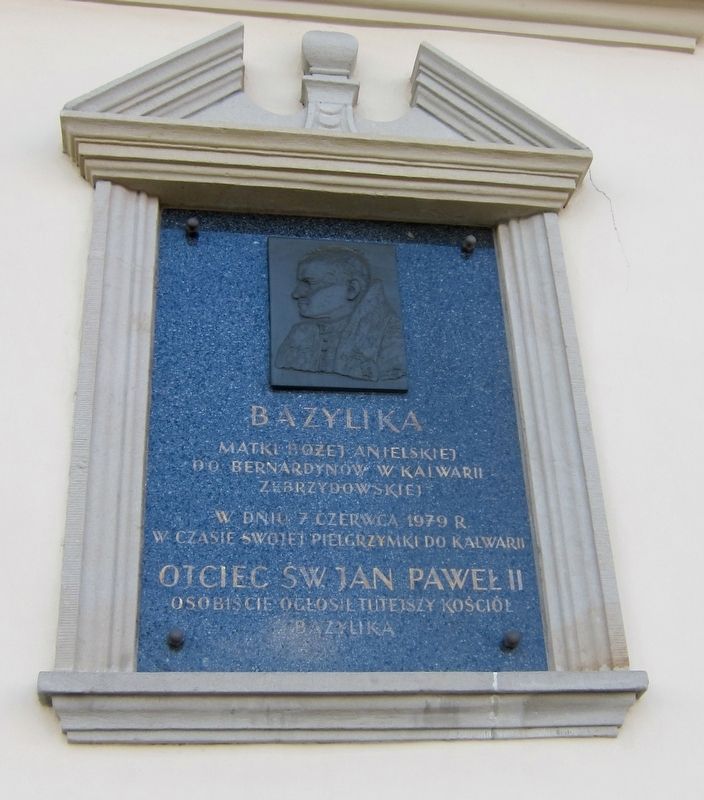 (At the) Basilica of Our Lady of the Angels and the Bernardine Monastery in Kalwaria zebrzydowska, on June 7, 1979, during his pilgrimage to Kalwaria (Calvary, i.e. here), the Holy Father Pope John Paul II personally proclaimed the basilica status of this church. . This historical marker is in Kalwaria zebrzydowska in Wadowice Powiat Małopolska Poland