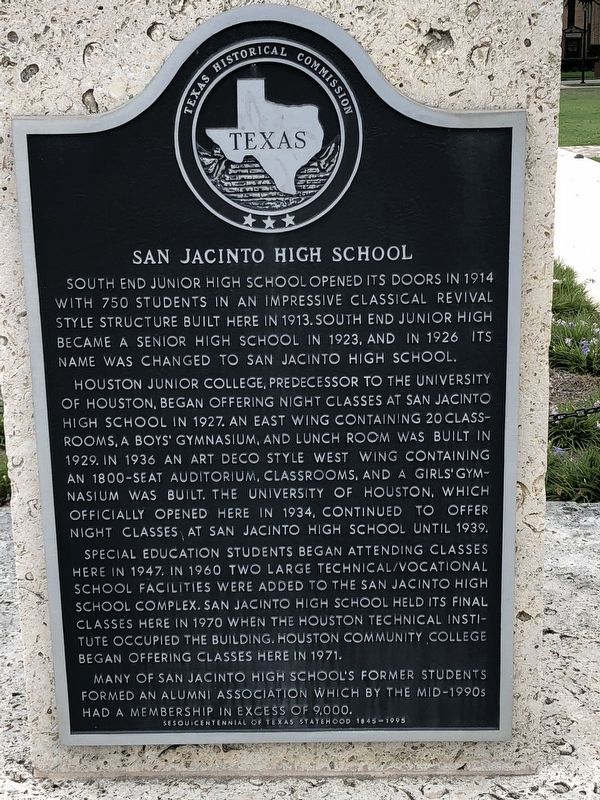 Houston Junior College, predecessor to the University of Huston, began offering night classes at San Jacinto High School in 1927. An east wing containing 20 classrooms, a boys' gymnasium, and lunch room was built in 1929. In 1936 an art deco style west wing containing an 1800-seat auditorium, classrooms, and a girls' gymnasium was built. The University of Houston, which officially opened here in 1934, continued to offer night classes at San Jacinto High School until 1939.

Many of San Jacinto High School's 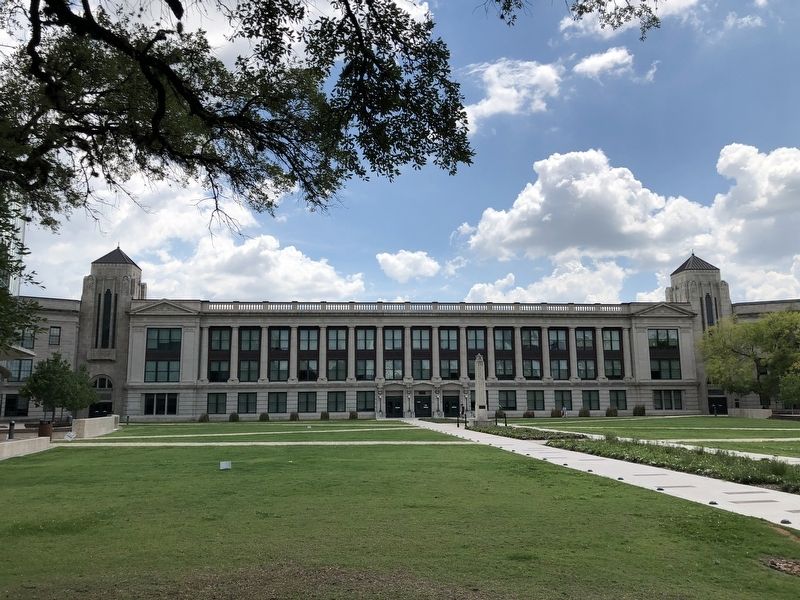 Click or scan to see
this page online
former students formed an alumni association which by the mid-1990s had a membership in excess of 9,000.

Topics and series. This historical marker is listed in these topic lists: Architecture • Education. In addition, it is included in the Art Deco series list. A significant historical year for this entry is 1914.

Location. 29° 44.265′ N, 95° 22.578′ W. Marker is in Houston, Texas, in Harris County. Marker can be reached from the intersection of Holman Street and Caroline Street, on the right when traveling east. Marker is located on the back of the San Jacinto Monument replica located in the San Jacinto Memorial Green on the Houston Community College campus. Touch for map. Marker is at or near this postal address: 1300 Holman Street, Houston TX 77004, United States of America. Touch for directions. 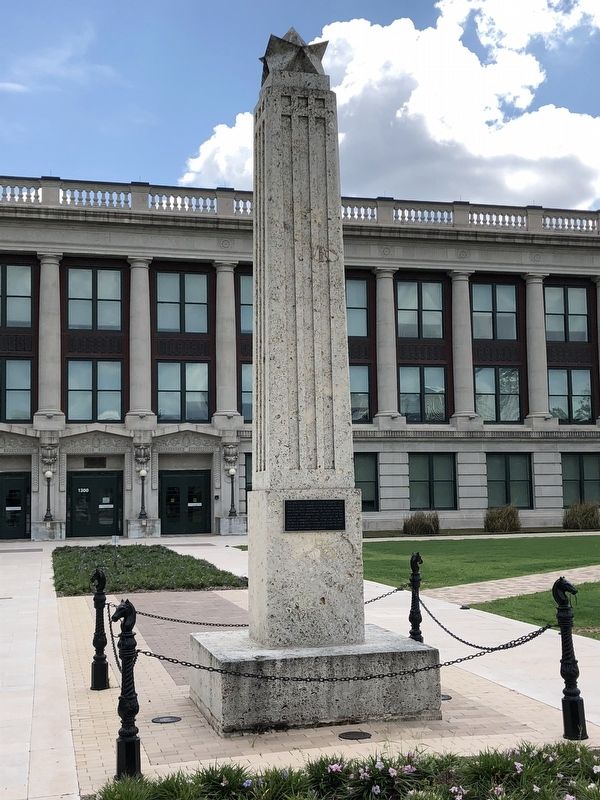 Photographed By Brian Anderson, July 6, 2018
3. San Jacinto High School Marker
Marker is located on the opposite side of this replica of the San Jacinto monument.
(approx. 0.4 miles away); Courtlandt Place (approx. half a mile away); James L. Autry House (approx. 0.6 miles away). Touch for a list and map of all markers in Houston. 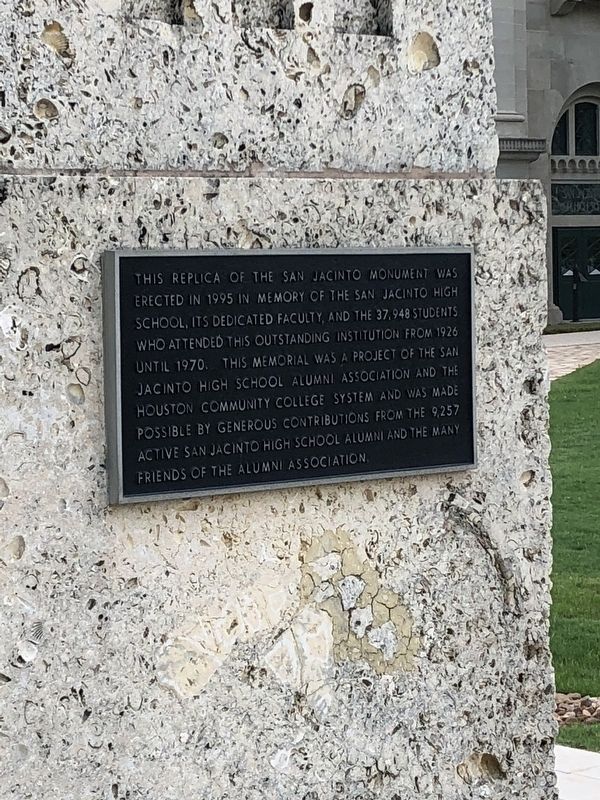