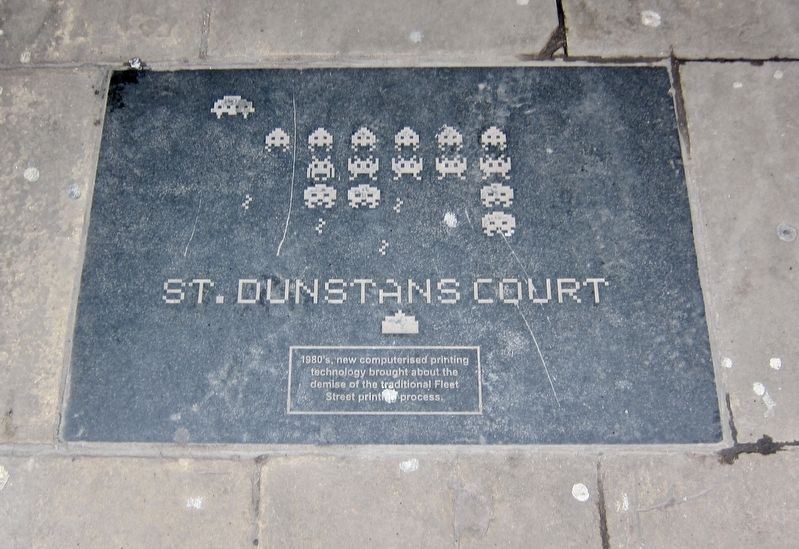 More about this marker. This is one of roughly 8 markers set in the pavement along Fleet Street that commemorate various aspects of the printing and newspaper industries. 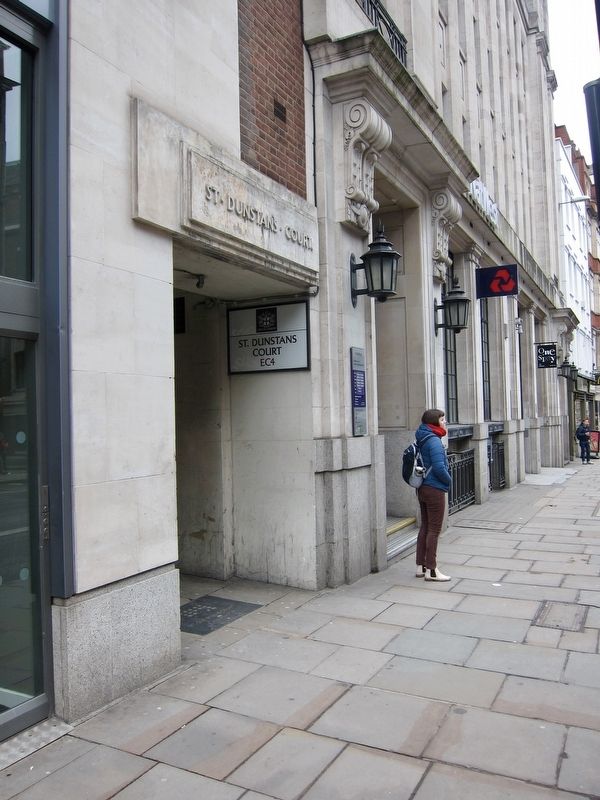 Click or scan to see
this page online
Fleet Street (Wikipedia). "...Fleet Street became known for printing and publishing at the start of the 16th century and it became the dominant trade so that by the 20th century most British national newspapers operated from here. Much of the industry moved out in the 1980s after News International set up cheaper manufacturing premises in Wapping, but some former newspaper buildings are listed and have been preserved. The term Fleet Street remains a metonym for the British national press, and pubs on the street once frequented by journalists remain popular." (Submitted on July 7, 2018.)
Credits. This page was last revised on July 7, 2018. It was originally submitted on July 7, 2018, by Andrew Ruppenstein of Sacramento, California. This page has been viewed 95 times since then and 9 times this year. Photos:   1, 2. submitted on July 7, 2018, by Andrew Ruppenstein of Sacramento, California.
Share this page.