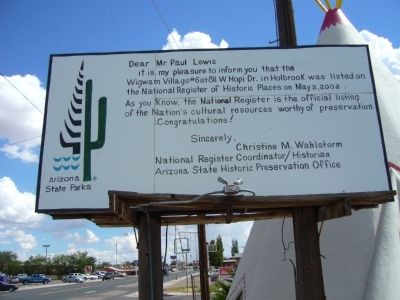 Dear Mr. Paul Lewis
It is my pleasure to inform you that the Wigwam Village #6 at 811 W. Hopi Dr. in Holbrook was listed on the National Register of Historic Places on May 2, 2002.

As you know, the National Register is the official listing of the Nation's cultural resources worthy of preservation:
Congratulations!

Topics and series. This historical marker is listed in these topic lists: Industry & Commerce • Native Americans • Settlements & Settlers. In addition, it is included in the U.S. Route 66 series list.

Other nearby markers. At least 4 other markers are within 10 miles of this marker 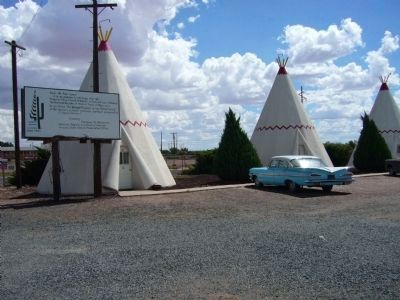 More about this marker. The motel and marker are located on the Historic Route 66. 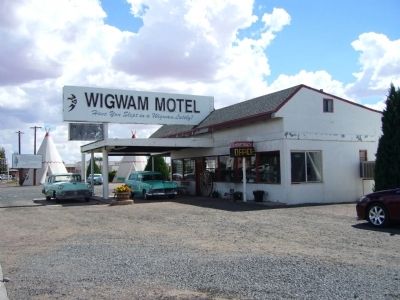 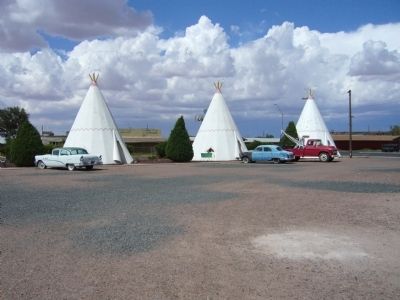