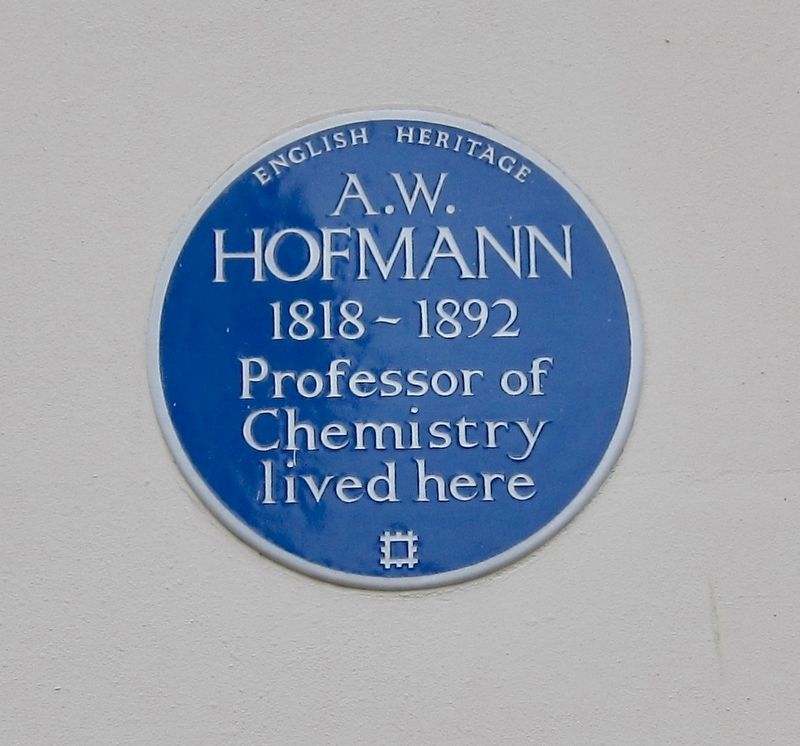 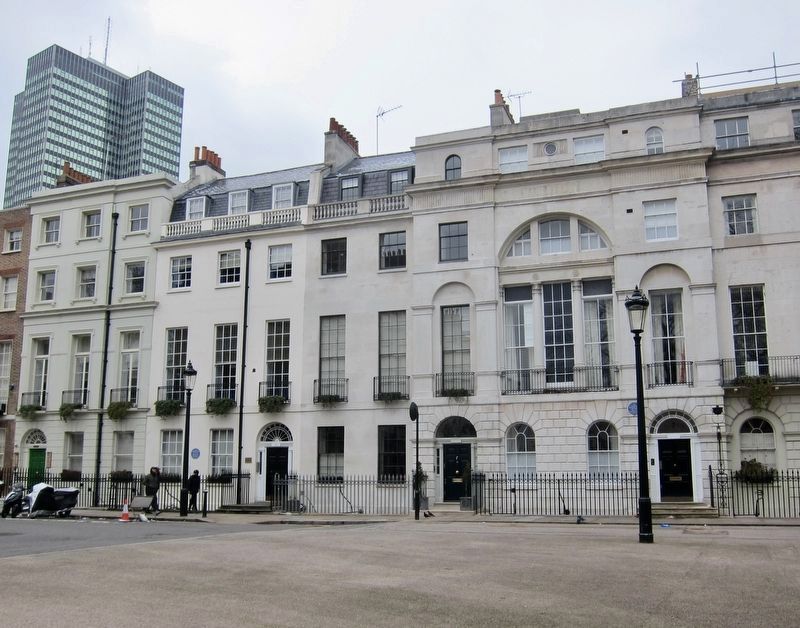 By Andrew Ruppenstein, March 18, 2018
2. A.W. Hofmann Marker - Wide View
The blue plaque for August Hofmann is visible on the left, while that for Sir Charles Eastlake is visible on the right.
of the Royal College of Chemistry in London, in 1845. In 1865 he returned to Germany to accept a position at the University of Berlin as a teacher and researcher. After his return he co-founded the German Chemical Society (Deutsche Chemische Gesellschaft) (1867). In both London and Berlin, Hofmann recreated the style of laboratory instruction established by Liebig at Giessen, fostering a school of chemistry focused on experimental organic chemistry and its industrial applications....He made considerable contributions to organic chemistry....Hofmann received several significant awards in the field of chemistry, including the Royal Medal (1854), the Copley Medal (1875) and the Albert Medal (1881). He was ennobled on his seventieth birthday." (Submitted on July 11, 2018.) 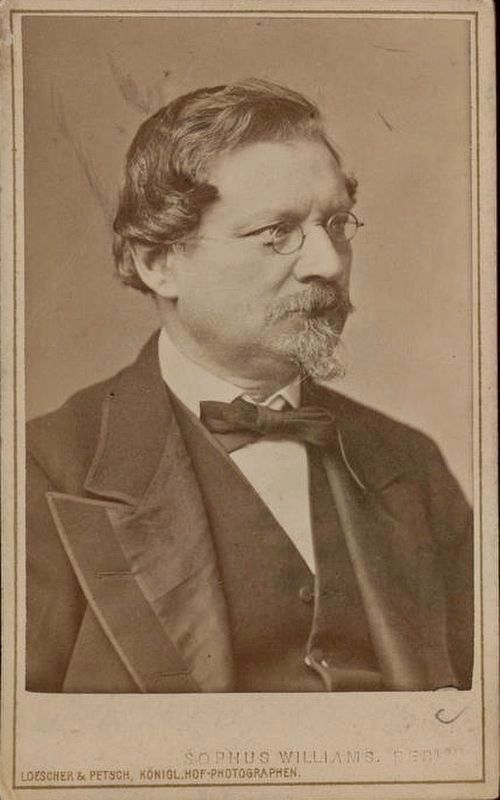