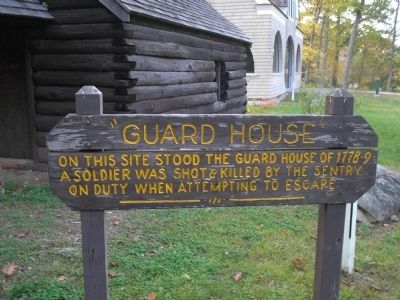 By Bill Coughlin, October 1, 2008
1. Guard House Marker
Inscription.
Guard House. . On this site stood the Guard House of 1778-9. A soldier was shot & killed by the sentry on duty when attempting to escape. . This historical marker is in Redding in Fairfield County Connecticut

On this site stood the Guard House of 1778-9. A soldier was shot & killed by the sentry on duty when attempting to escape.

Location. 41° 20.222′ N, 73° 22.742′ W. Marker is in Redding, Connecticut, in Fairfield County. Marker is on Pocahontas Road, on the right when traveling west. Marker is in Putnam Memorial State Park near the Visitor Center. Touch for map. Marker is in this post office area: Redding CT 06896, United States of America. Touch for directions. 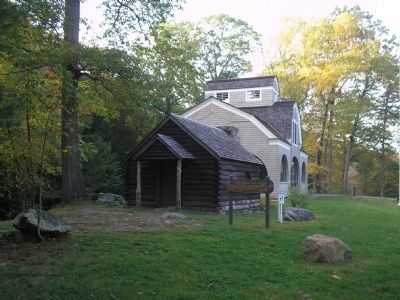 By Bill Coughlin, October 1, 2008
2. Marker in Putnam Memorial State Park
This log hut was reconstructed in 1890 on the remains of a hut from the 1778 encampment. The Visitor Center can be seen in the background of this photo.
troops. (Submitted on October 2, 2008, by Bill Coughlin of North Arlington, New Jersey.)

Topics. This marker is included in these topic lists: Notable Buildings • Notable Places • War, US Revolutionary 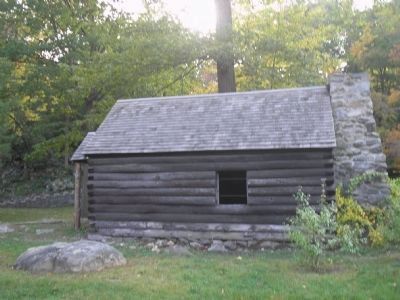 By Bill Coughlin, October 1, 2008
3. Guard House / Soldier Hut
Although tradition identifies this as the guard house, the hut's interior is restored to resemble those used by the soldiers who spent the winter of 1778-79 at this site. 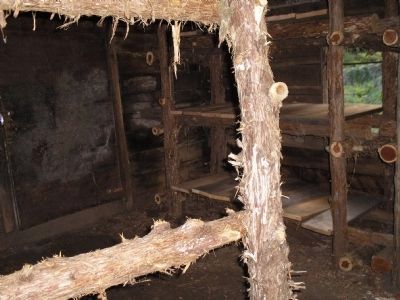 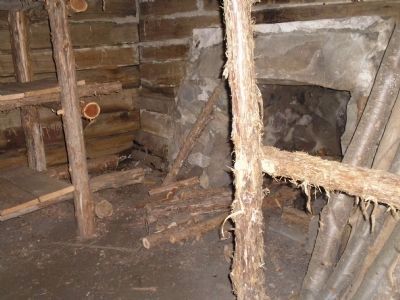 By Bill Coughlin, October 1, 2008
5. Hut Interior
Twelve soldiers would share a hut this size. The hearth can be seen in this photo. 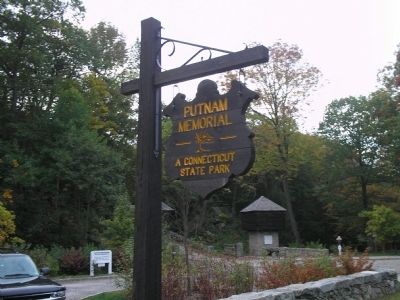