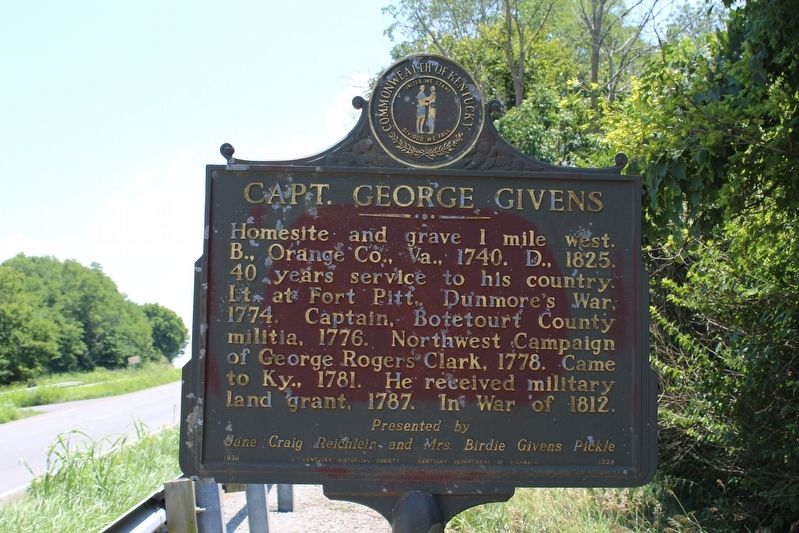 Presented by Jane Craig Reichlein and Mrs. Birdie Givens Pickle. . This historical marker was erected in 1970 by Kentucky Historical Society and Kentucky Department of Highways. It is Near Danville in Boyle County Kentucky

Topics and series. This historical marker is listed in these topic lists: Colonial Era • Patriots & Patriotism • War of 1812 • War, US Revolutionary. In addition, it is included in the Kentucky Historical Society series list. A significant historical year for this entry is 1740.

Other nearby markers. At least 8 other markers are within 5 miles 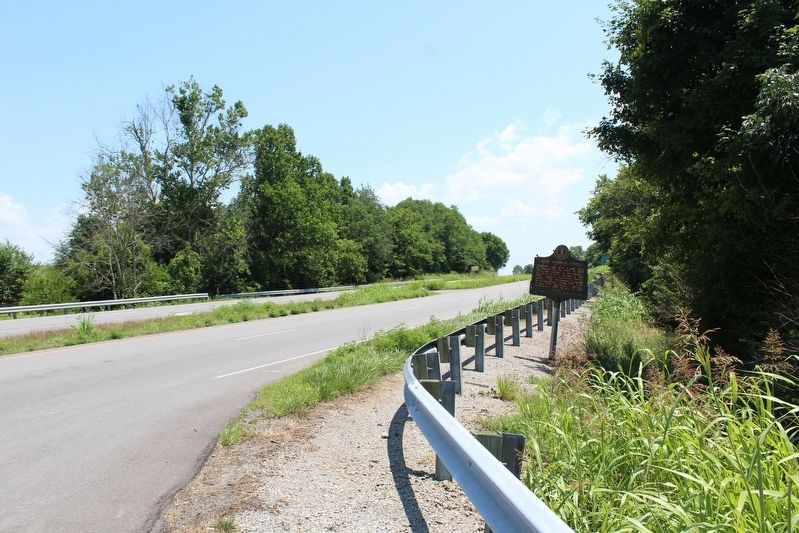 Captain Given’s homesite was in Lincoln County. You can consider this marker a Lincoln County historical marker that was placed outside of the county to better point to the road that would take you there.