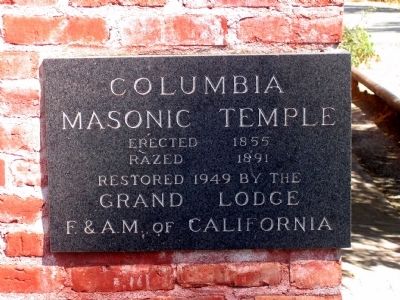 Topics. This historical marker is listed in this topic list: Fraternal or Sororal Organizations. A significant historical year for this entry is 1855. 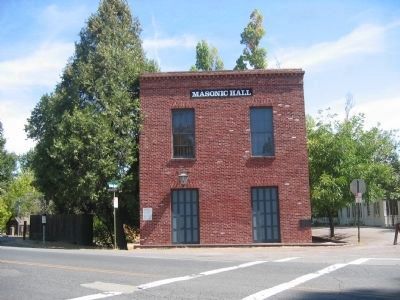 Photographed By Syd Whittle, September 21, 2006
2. Columbia Masonic Temple
Marker is on the right corner of the building. 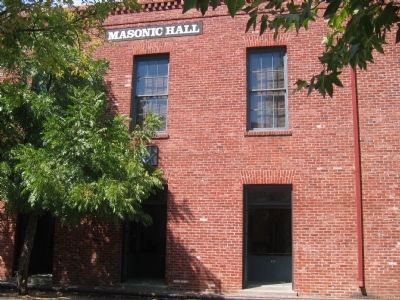 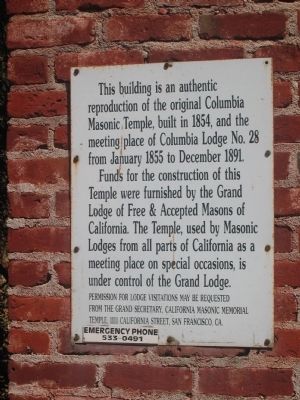 Photographed By Syd Whittle, September 21, 2006
4. Second Marker on Side of Building
This building is an authentic reproduction of the original Columbia Masonic Temple, built in 1854, and the meeting place of Columbia Lodge No.28 from January 1855 to December 1891. Funds for construction of this temple were furnished by the Grand Lodge of Free & Accepted Masons of California. The Temple, used by Masonic Lodges from all parts of California as a meeting place on special occasions, is under control of the Grand Lodge.
Credits. This page was last revised on January 3, 2020. It was originally submitted on October 3, 2008, by Syd Whittle of Mesa, Arizona. This page has been viewed 2,067 times since then and 18 times this year. Photos:   1, 2, 3, 4. submitted on October 3, 2008, by Syd Whittle of Mesa, Arizona.
Share this page.