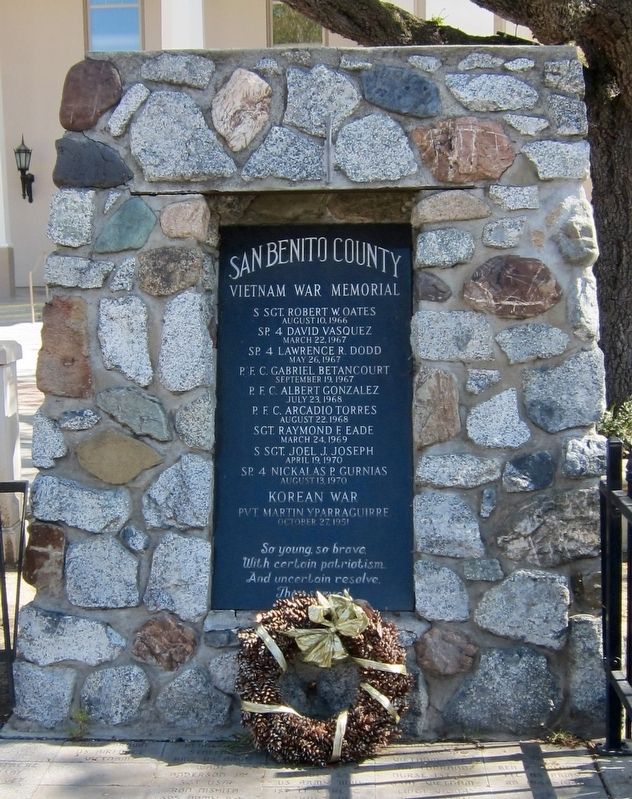 So young, so brave, with certain patriotism, And uncertain resolve, they served!. . This memorial is in Hollister in San Benito County California

So young, so brave,
with certain patriotism,
And uncertain resolve,
they served!

Other nearby markers. At least 8 other markers are within 7 miles of this marker, measured as the crow flies. State Theatre (within shouting distance of this marker); 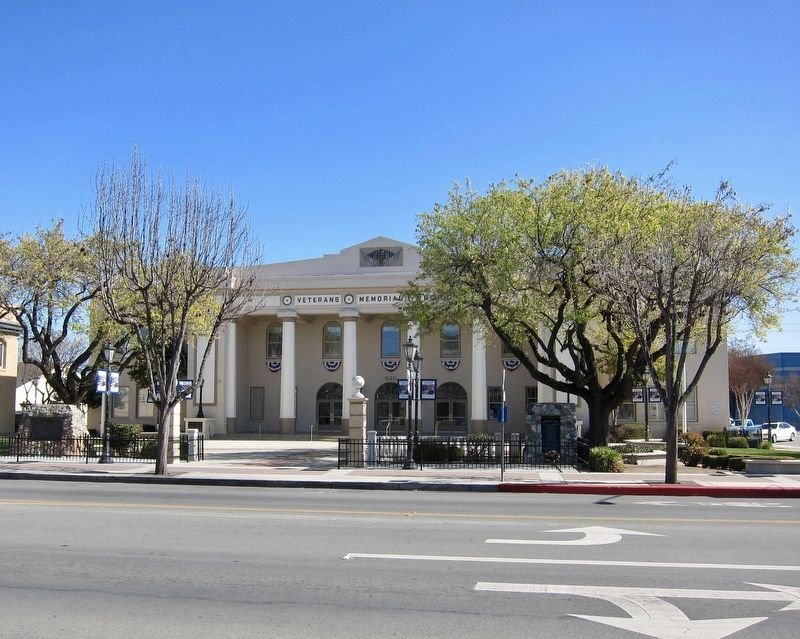 By Andrew Ruppenstein, February 25, 2018
2. San Benito County Vietnam War Memorial Marker - Wide View
The memorial is in the shade of the large tree on the right, on the grounds of the Veterans Memorial Building.