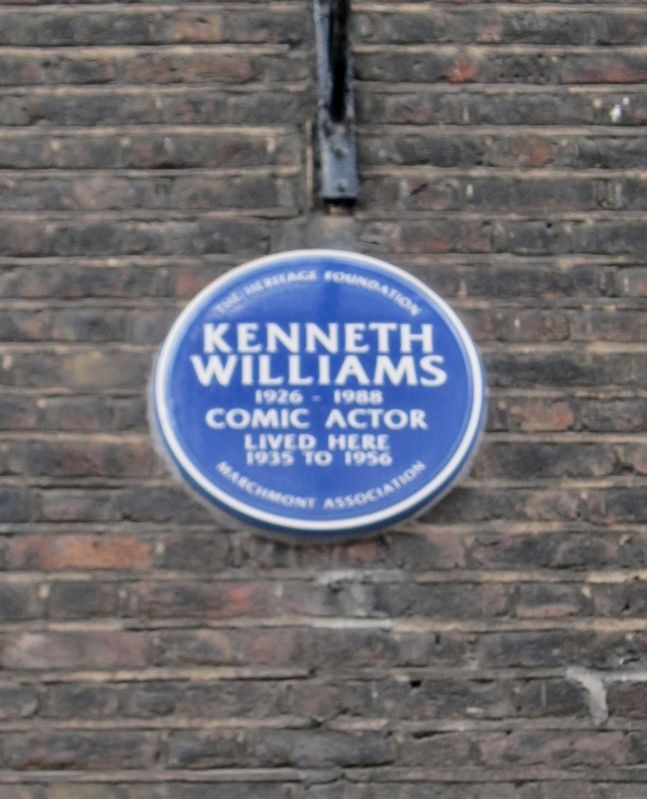 Topics and series. This historical marker is listed in these topic lists: Arts, Letters, Music • Entertainment. In addition, it is included in the England - London - Marchmont Association Plaques series list. 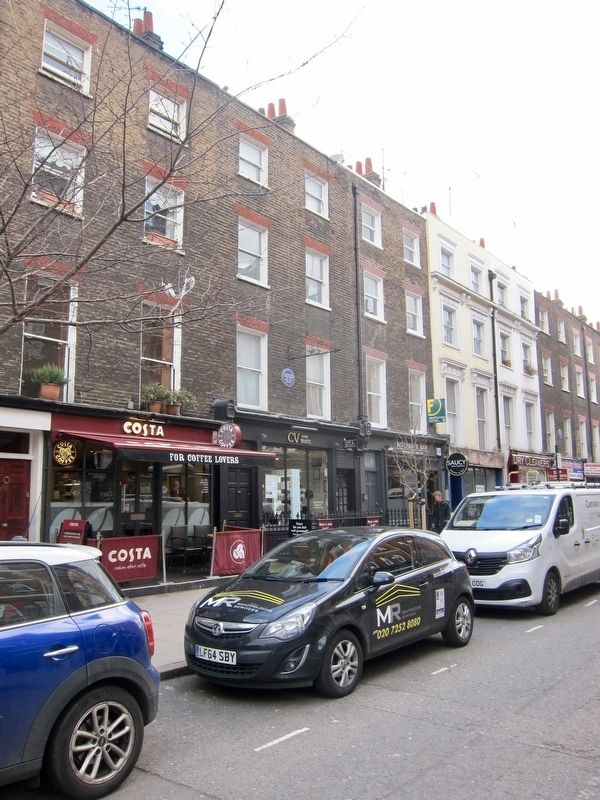 More about this marker. The Marchmont Association website indicates that this plaque was unveiled on October 11, 2009, and was the first such plaque that the Association had installed.

Also see . . .
1. Kenneth Williams (Wikipedia). "Kenneth Charles Williams (22 February 1926 – 15 April 1988) was an English actor, best known for his comedy roles and in later life as a raconteur and diarist. He was one of the main ensemble in 26 of the 31 Carry On films, and appeared in many British television programmes and radio comedies, including series with Tony Hancock and Kenneth Horne....Williams grew up in Central London in a working class family. He served in the Royal Engineers during World War II, where he first became interested in becoming an entertainer. After a short spell in repertory theatre as a serious actor, he turned to comedy and achieved national fame in Hancock's Half Hour, appearing throughout the radio series' run. He sustained continued success throughout the 1960s and '70s with his regular appearances in Carry On films, and subsequently kept himself in the public eye with chat shows and other television work....Though Williams was fondly regarded in the entertainment industry, he suffered from depression and found it hard to come to terms with his homosexuality, leading to his death in 1988 after an overdose. He kept a series of diaries throughout his life that achieved posthumous acclaim." (Submitted on July 20, 2018.)

Editor’s want-list for this marker. Better photo of the plaque • Can you help?
Share this page.