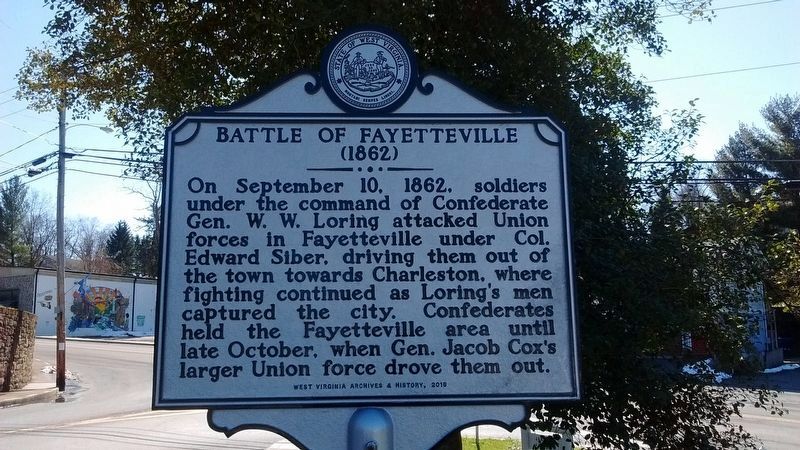 Battle of Fayetteville (1862)
On September 10, 1862, soldiers under the command of Confederate Gen. W.W. Loring attacked Union forces in Fayetteville under Col. Edward Siber, driving them out of the town towards Charleston, where fighting continued as Loring's men captured the city. Confederates held the Fayetteville area until late October, when Gen. Jacob Cox's larger Union force drove them out.

Battle of Fayetteville (1863)
On May 19, 1863, Confederate forces under Gen. John McCausland tried to retake Fayetteville form the Union army., which had previously routed Gen. Loring's troops. While the resulting Confederate loss to Federal soldiers under Col. C.B. White was largely unremarkable, the battle is notable due to the first use of indirect artillery fire in modern military history.

Topics and series. This historical marker is listed in this topic list: War, US Civil. In addition, it is included in the West Virginia Archives and History series list. 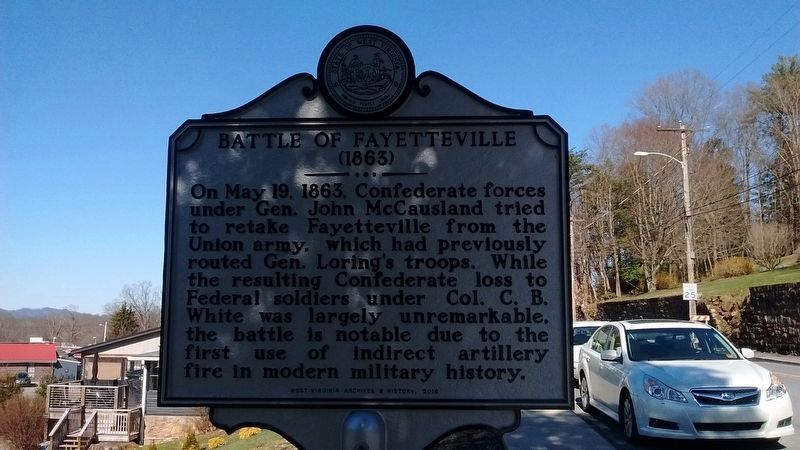 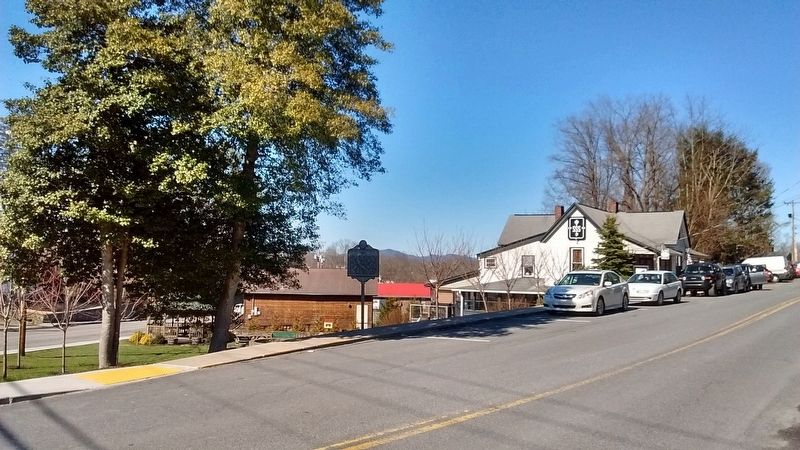 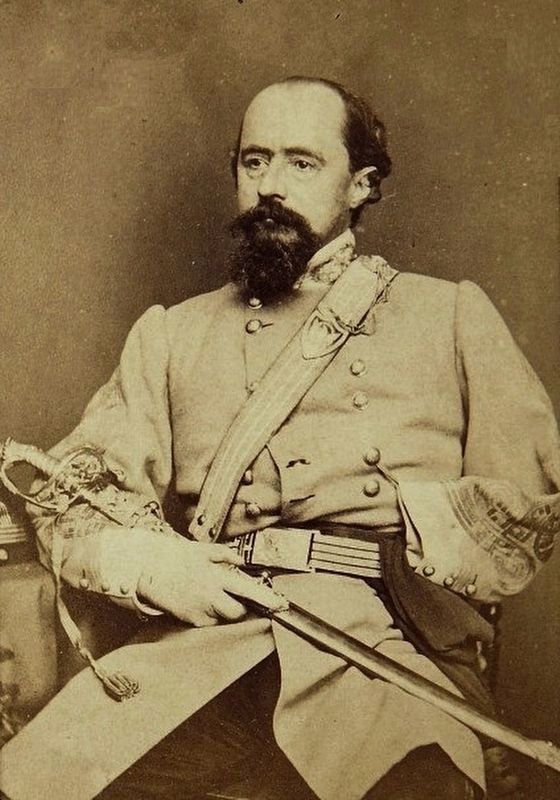