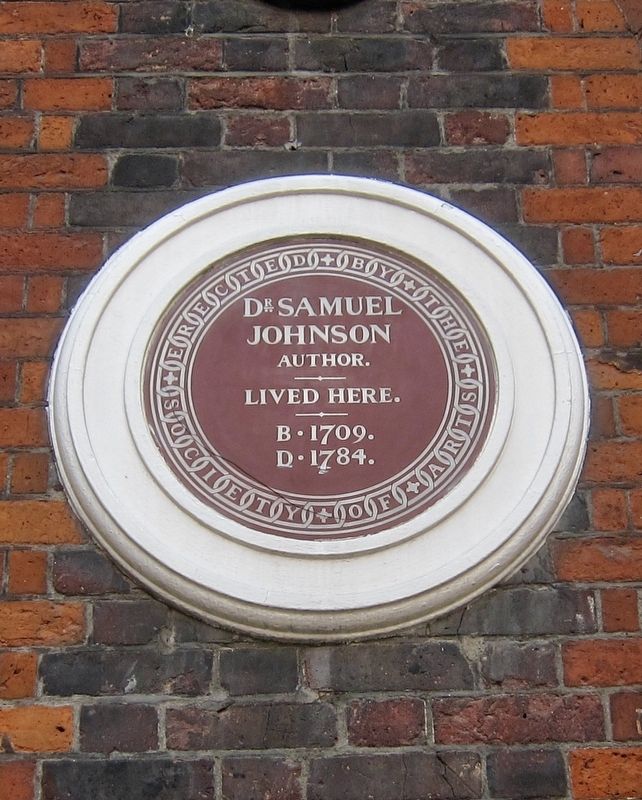 More about this marker. Of particular note: This is the only Blue Plaque in the City of London.


For non-UK readers, the above probably requires some explanation. The "City of London" is a corporate body separate from the rest of the city, which is comprised of the 31 boroughs and the City of Westminster that form Greater London County. A "Blue Plaque" is a historical marker issued by English Heritage (or one of its three corporate predecessors, in this case - The Society for the Arts). Thus, this plaque was erected in 1876, before the Corporation of the City of London took on the responsibility for issuing official historical markers within the City of London. Also, to both clarify and perhaps confuse: not all Blue Plaques are blue; nor can all the blue plaques within London be classified as Blue Plaques, as they are also (and frequently) issued by corporate authorities other than English Heritage. English Heritage notes that their plaquing scheme started in 1866 and "is thought to be the oldest of its kind in the world." English Heritage (and its corporate predecessors) have issued more than 900 Blue Plaques to date. And just as the term "kleenex" has come to mean a "tissue" in American English, the term "blue plaque", in British English, has come to mean historical marker. 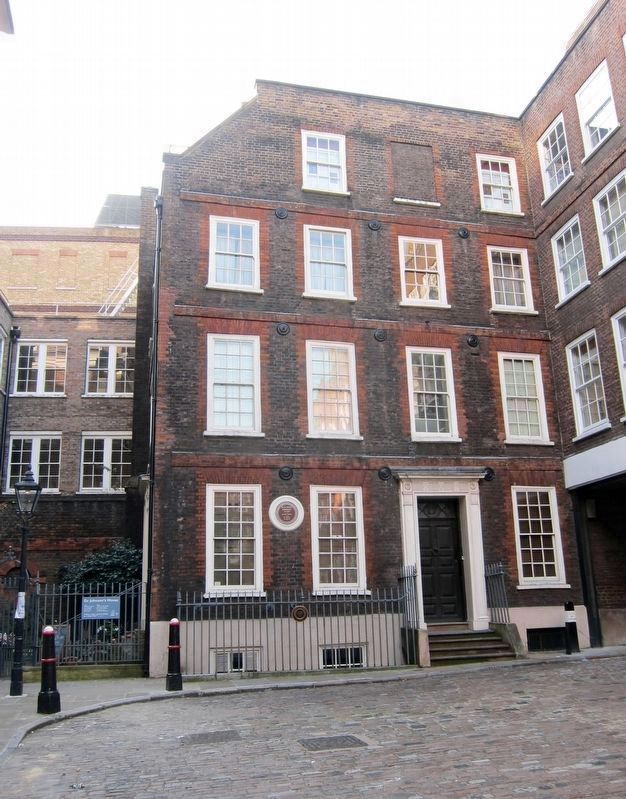 By Andrew Ruppenstein, October 15, 2017
2. Dr. Samuel Johnson's House and Marker
The plaque for Dr. Johnson is visible here mounted to the exterior of his house, while the plaque for his assistant, Francis Barber, is visible mounted to the fence in front of it.
Samuel Johnson (Wikipedia). "Samuel Johnson LL.D. (18 September 1709 [OS 7 September] – 13 December 1784), often referred to as Dr. Johnson, was an English writer who made lasting contributions to English literature as a poet, essayist, moralist, literary critic, biographer, editor and lexicographer...." (Submitted on July 25, 2018.) 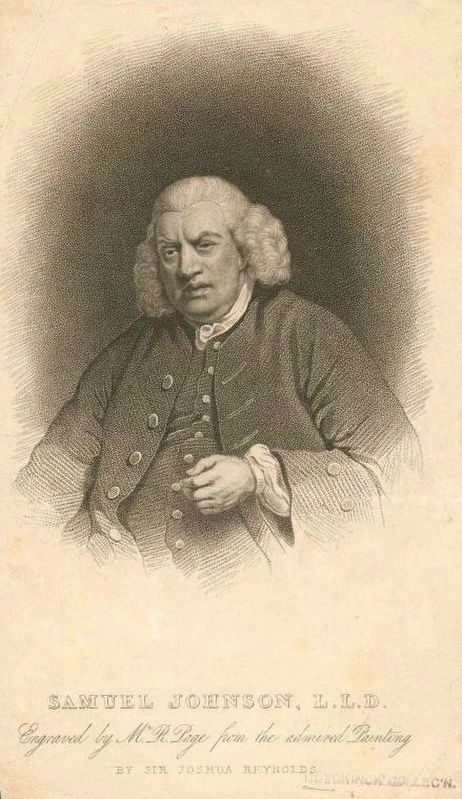 Engraving by R. Page after the painting by Sir Joshua Reynolds (courtesy of the NY Public Library)
3. Samuel Johnson, L.L.D. 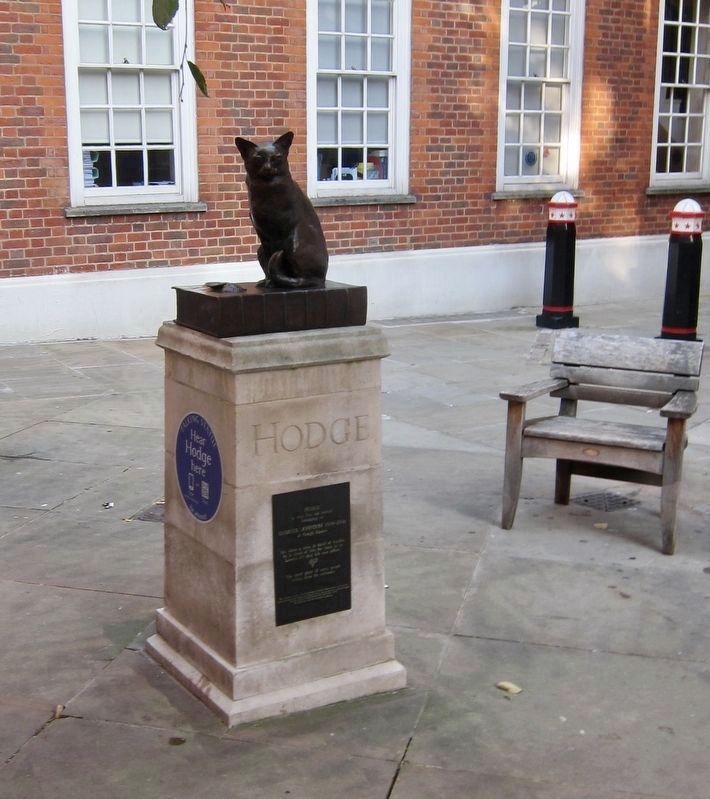 By Andrew Ruppenstein, October 15, 2017
4. Dr. Samuel Johnson's Cat: Hodge - "a very fine cat, indeed"
In the courtyard in front of Dr. Johnson's house there is a monument to his cat, Hodge. From his (the cat's, not Johnson's) Wikipedia entry we learn that: "Hodge (fl. c.1769) was one of Samuel Johnson's cats, immortalised in a characteristically whimsical passage in James Boswell's Life of Johnson. Although there is little known about Hodge, such as his life, his death, or any other information, what is known is Johnson's fondness for his cat, which separated Johnson from the views held by others of the eighteenth century."
Credits. This page was last revised on August 22, 2020. It was originally submitted on July 25, 2018, by Andrew Ruppenstein of Sacramento, California. This page has been viewed 124 times since then and 16 times this year. Photos:   1, 2, 3, 4. submitted on July 25, 2018, by Andrew Ruppenstein of Sacramento, California.
Share This Page.