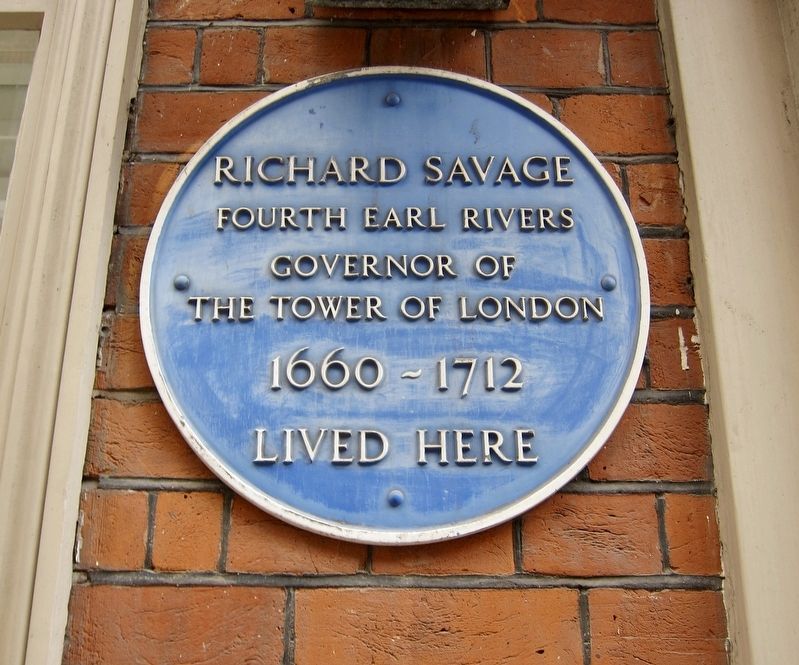 Governor of The Tower of London

Governor of
The Tower of London 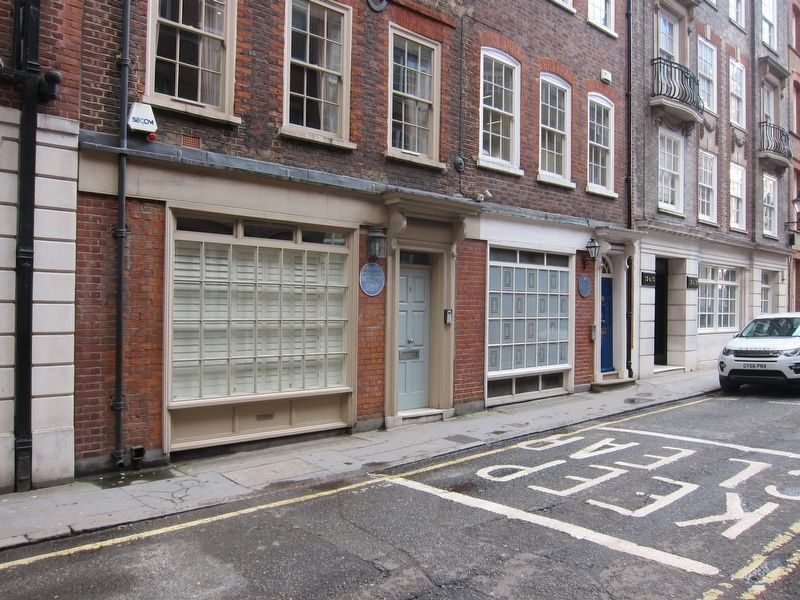 By Andrew Ruppenstein, March 15, 2018
2. Richard Savage Marker - wide view
Two blue plaques are visible here. The one for Richard Savage is on the left.
Earl and his first wife Elizabeth Scrope. After the death about 1680 of his elder brother Thomas, styled Viscount Colchester, he was designated by that title until he succeeded to the peerage....Early in life Richard Savage acquired notoriety by his dare-devilry and dissipation, and he was, too, one of the most conspicuous rakes in the society of the period. After becoming Lord Colchester on his brother's death he entered Parliament as member for Wigan in 1681 and procured a commission in the Horseguards under Sarsfield in 1686. He was the first nobleman and one of the first persons who joined the Prince of Orange on his landing in England, and he accompanied William to London...." (Submitted on August 4, 2018.)