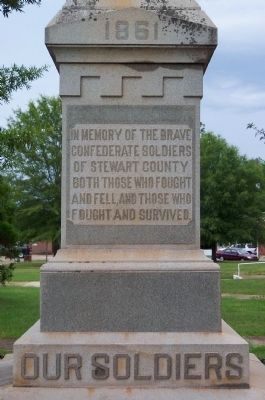 In memory of the brave
Confederate soldiers
of Stewart County
both those who fought
and fell and those who
fought and survived.

Location. 32° 3.055′ N, 84° 47.69′ W. Marker is in Lumpkin, Georgia, in Stewart County. Memorial is at the intersection of West Broad Street (State Highway 27) and Cotton Street, on the right when traveling east on West Broad Street. Monument is at northwest corner of courthouse square. Touch for map. Marker is in this post office area: Lumpkin GA 31815, United States of America. Touch for directions. 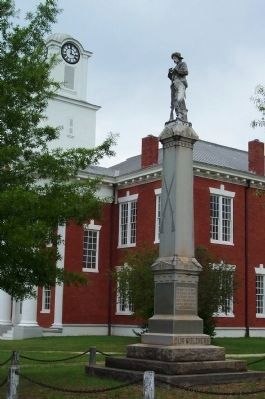 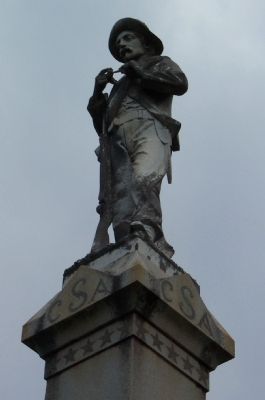 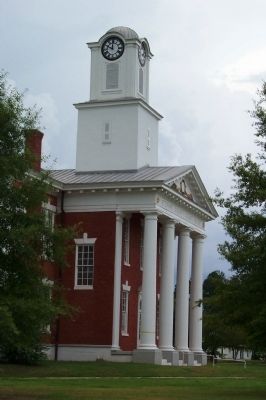