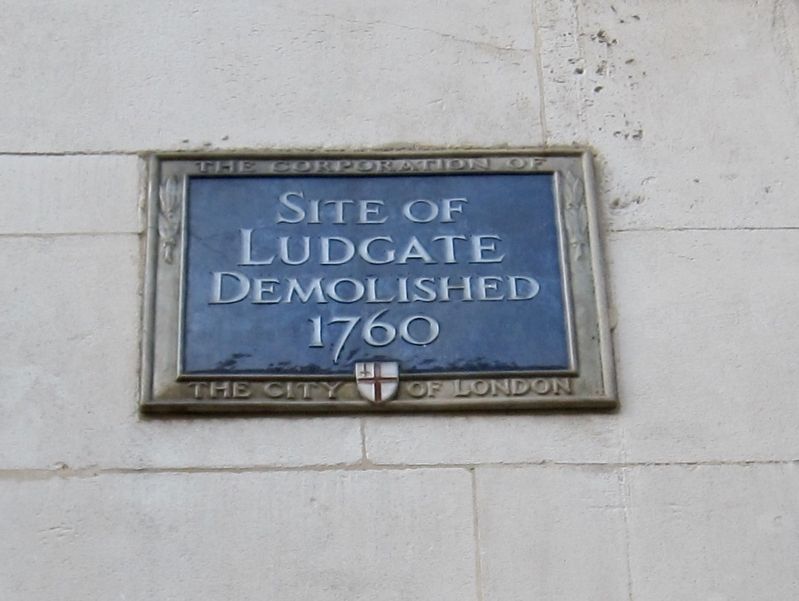 Topics and series. This historical marker is listed in this topic list: Forts and Castles. In addition, it is included in the UK, England, City of London Corporation series list. 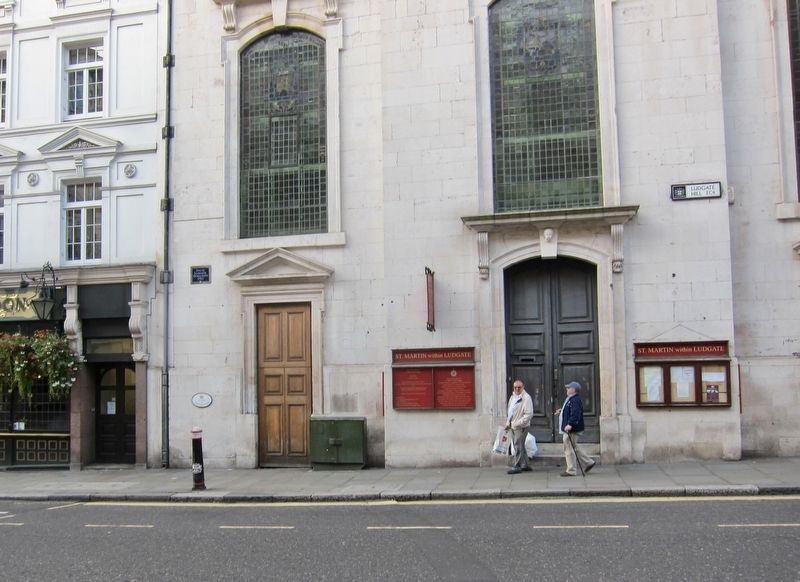 By Andrew Ruppenstein, October 15, 2017
2. Ludgate Marker - wide view
The marker is visible here mounted to the face of St. Martin within Ludgate Church.
westernmost gate in London Wall. The name survives in Ludgate Hill, an eastward continuation of Fleet Street, Ludgate Circus and Ludgate Square....The Romans built a road along the north bank of the River Thames westwards through the gate later called Lud Gate as part of the fortifications of London. Guarding the road from the west, it led to the Romans' main burial mound in what is now Fleet Street. The gate stood just above a crossing of the Fleet River (this now runs underground). It stood almost opposite what is now St Martin's Church on what is now called Ludgate Hill...." (Submitted on August 7, 2018.)
Credits. This page was last revised on August 7, 2018. It was originally submitted on August 7, 2018, by Andrew Ruppenstein of Sacramento, California. This page has been viewed 55 times since then. Photos:   1, 2. submitted on August 7, 2018, by Andrew Ruppenstein of Sacramento, California.
Share This Page.